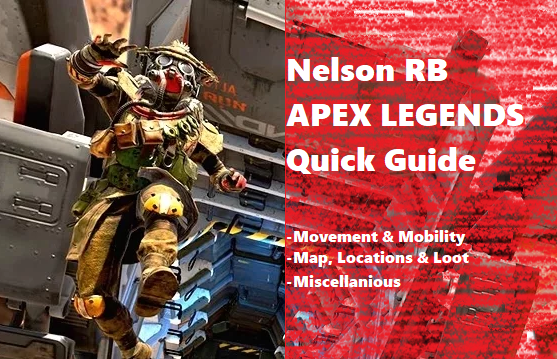 With its exciting landing system, you fly through the sky with your teammates at the beginning of each match . This carefully constructed landing sequence is more streamlined than any other games you will play. Every team gets one jumpmaster who will control the ejection from the ship and the following descent.   HOW IS THE JUMPMASTER PICKED EACH MATCH? The only way to be the Jumpmaster at each and every match is to gather a group willing to relinquish control to you all the time because Apex does not allow you to select the Jumpmaster. It's assigned at the beginning of each match to the last player in the list when picking your Legends. Also, if you don't want Jumpmaster, you can always relinquish(CTRL) so you can pass the responsibility to someone else.   HOW TO SOLO LAUNCH If you wish to fly and land independently and not let your Jumpmaster control your landing, you can simply choose to fly away from the Jumpmaster at any point during the descent. However, I believe it's better to detach yourself from the group and land independently at the last moment of descent. Stay with your teammates as long as possible.

HOW TO DROP FASTER OVER LONG DISTANCES (700m or more) First you need to be familiar with wave-dropping and its benefits depending on where you want your team to land. If you jump right about the area you wish to land, then it's better to nosedive straight down but for longer distances you better employ wave-drop.   Most people will just face directly towards where they wanna go and descend in a straight line. However the faster way to land is a little more complicated than that. After you jump from the ship, nosedive straight down until you reach a speed of 145 then level out and glide as horizontally as possible towards your target area. When your speed drops below 130, nosedive again and at 145 glide out, and repeat until you reach your target area.   Wave-dropping will significantly increase your speed over a short period of time so you can gain the momentum to travel across longer distances much faster. You can also employ this method after using one of those balloons across the map. It'll help you land further   HOW TO DROP FOR SHORTER DISTANCES (700m or less) Even with all the benefits of wave-dropping, it appears that for shorter distances (less than 700m) it's simply faster to just nosedive straight towards your target area. When the target is within 700m radius, pointing directly towards the target will not decrease the speed of your descend. Instead, your speed will stay fixed till you land. 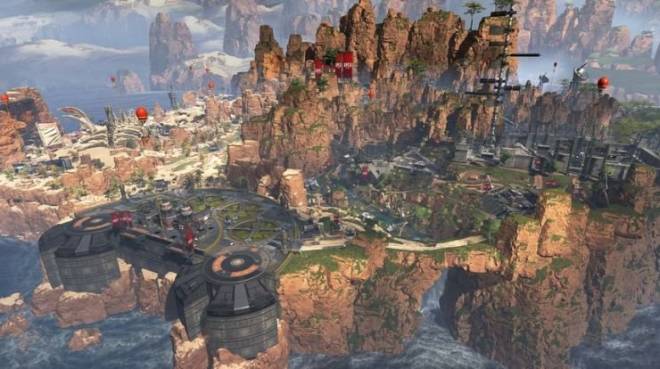 LOOK FOR TALL CLIFFS TO ACCELERATE YOUR DESCENT DOWNWARD One clever method you can employ when you jump directly above the target location is to find a tall cliff near your target location. Land on top, cancel your rockets and then simply fall off the cliff which is significantly faster than nosediving all the way down till you hit the ground. This method is most likely to be effective in Artillery, Hydro Dam, Market, Slum lakes, Wetlands and any other areas touching a tall cliff.   WATCH FOR OTHER TEAMS LANDING NEARBY If you are not guiding your teammates as a Jumpmaster, your job is to keep an out for any nearby enemy teams while you're falling. Your enemies will leave a colored trail behind then so it's not difficult to so where your enemies are while you are in the air.   PEEL AWAY FROM THE JUMPMASTER About 200 meters before hitting the ground, separate yourself from the Jumpaster and find your own house or structure to land on. You want to look as much and as quickly as possible at the beginning of each match by spreading out and cover larger areas simultaneously. 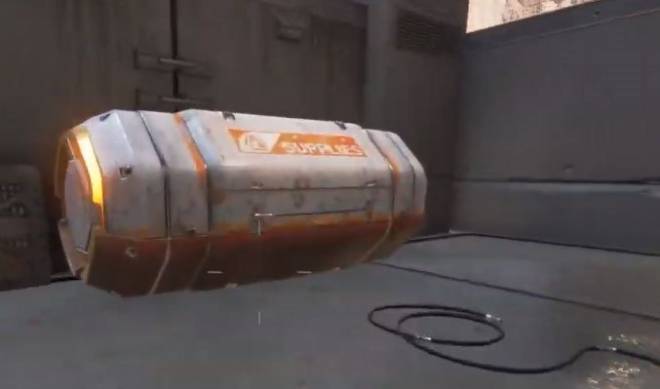 SLIDE WHEN YOU HIT THE GROUND If you hit the ground at the right angle, sliding at the very moment of landing can give you an acceleration to carry you much further than where you landed. It's useful when you didn't land as close to your target as you planned.   #guide