Apex Legends bug tell us Season 1 Battle Pass should have been released already.

Finding a new bug seen in the game seems to indicate that the Battle Pass should actually be launched on March 12th. The bug shown in the short clip below appears to display items in Apex Packs that do not appear to be authorized yet.Some fans speculate that these items were added to the game prior to the first start date of the Battle Pass, but were not brought live due to a change of direction by the developer. 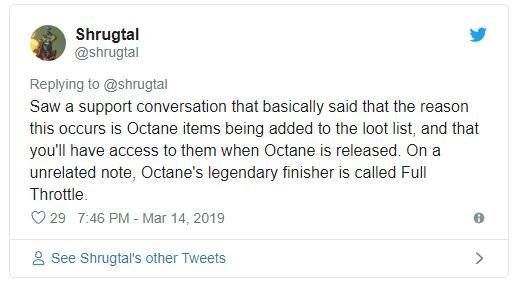 Apex Legends data miner @Shrugtal claims this is further proof that the battle pass was scheduled to release on March 12, but was delayed. #News