Respawn commented on the recent Datamining aka LEAKS 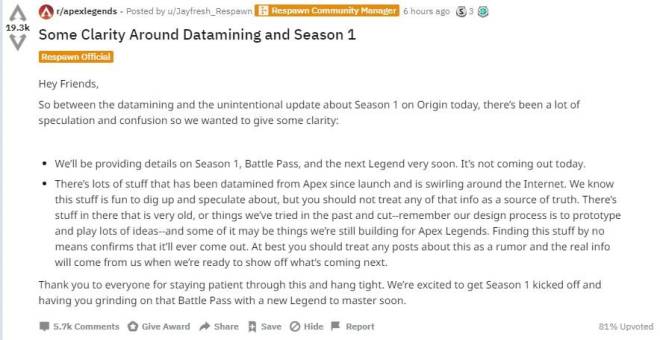 Respawn has denied the release of new characters in Apex Legends, which has recently been mentioned in several communities through Reddit. The design has already been discarded as a prototype, he said. The battle pass will be released soon, so it will be released in March.   #news #datamining