Which of these would YOU use? 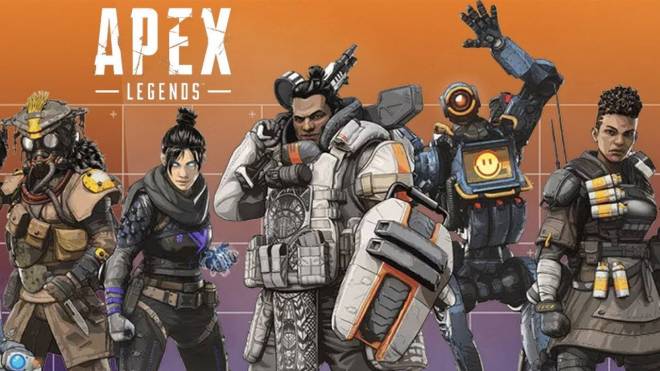 Why not? I like this game, lot of people do. If I had to choose my top 3, I’d say Bloodhound, Bangalore, and Wraith. I only say no to Lifeline because sure she’s a healer, but she had a limit to the amount of health provided, and during a fight the drone’s range limits its use to only helping herself. The care package is great, but again, not a useful ability in combat or for assisting teammates especially since they mostly take it all for themselves. Bloodhound is by far the most supportive character when played correctly, offering scouting abilities that can save your team from walking into a fight they may not win. Pros: +Tracking, while not shown to everyone without call-outs, makes him a leader. He takes point alerting the team to whatever might be ahead. +Eyes of the Allfather, while it is visible to enemies, will give you a quick look at potential flankers in a fight. Plus, it’ll alert your teammates in the process. +Beast of the Hunt pairs unbelievably well with Bangalore’s smoke. In the case of an open field fight, laying a cover of smoke to blind the enemy and using this ability gives you more than the edge you need to succeed. Plus who doesn’t to go a little faster? Bangalore, on top of being a DPS class champion, can also be supportive of teammates. Covering her teammates tracks with smoke and bombardment makes her the more reliable characters to choose for your team. Pros: +Double Time, probably her best ability, don’t even need to take a bullet for it. Nothing like a shot of adrenaline mid firefight to get you to cover. You’ll need it to save yourself in an ambush. +Smoke Launcher, already covered it, and it covers you. Blinds the enemy line of sight and gives a great cover for the teams bloodhound to mow through. +Rolling Thunder, the big most obnoxious ability in the game. It’s effective no doubt though, creating a blanket that’ll surely get your enemies out of cover and into your line of sight. Maybe even scare them off to give your teammates time to recover. This ability just has so much flexibility, being used in pretty much any combat situation to either escape, ambush, or simply to provide cover. Wraith, probably the best mobility champion, providing your team a safe way to cross large distances, provided they don’t leave a portal in an open field. She can be that last clutch in a 1v1 for the win, and often she is. Pros: +Voices From The Void, a haunting voice telling you when danger is near. Similar to Bloodhound’s tracking, Wraith can give you a quick heads up to dangers that might be sneaking up the rear. Upon being spotted in someone’s sight she’ll quickly announce to the team that they’re being watched. Literally no downside to it, just a free alarm system. +Into the Void, while visible to those who pay enough attention, this ability can allow Wraith to quickly flank or sneak back to cover while being immune to all damage. Similar to Bangalore’s passive, Wraith gets to stay in the fight a bit longer increasing your chances of winning a firefight by reacting quick with this ability. +Dimensional Rift, the best mobility perk in the game. This quick to use ability allows Wraith to set up both ends of a portal, allowing her Rocco from the battlefield with flanking routes. While similar to a zip line provided by a Pathfinder, players can’t be harmed during the use of the rift. The rift can also be used as air for an ambush. Simply set up the rift in a position that would lead an enemy team to pass through while your teammates sit and wait for a free team kill on the other end. It’s only downside being that Wraith may have to run through fire to set it up, but she does get a speed buff during placement. And there you have it, a well balanced team that actually provide support to each other while still maintaining abilities that benefit themselves. I hope people agree, I’m sure other argument have been made for this squad and they may even have other points I didn’t cover, this team has a lot of potential. I hope you enjoyed reading it, if you did, maybe comment on your thoughts. Negative and positive comments welcome. Thanks Mates! #MyApexSquad #Bloodhound #Wraith #Bangalore #ApexLegends #Champions