This is from an article https://www.pcgamer.com/someone-leaked-the-apex-legends-map-a-year-ago-and-nobody-cared/ 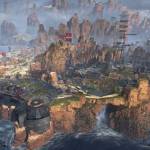 Someone leaked the Apex Legends map a year ago and nobody cared It was characterised as a forthcoming Titanfall battle royale map at the time. www.pcgamer.com

I imagine it's hard being a leaker: you're doing something you're not meant to do, and online anonymity doesn't exactly instil confidence. What if you happen upon an exciting leak, but no one believes you? Worse still, what if it just attracts a bunch of lukewarm takes? That's what happened to Reddit user hiticonic eleven months ago when, with virtually no fanfare, they leaked the Apex Legends map in the Titanfall subreddit. In a thread called "Alleged Minimap for Rumored Titanfall Battle Royal Game", hiticonic posted the following: That is undeniably the very map currently playable in Apex Legends, even if its orientation is different. Someone on the Titanfall Reddit remembered the leak earlier today, and its excavation has amused many, and caused even more to voice unrelated opinions. The original poster hiticonic popped up in the thread too, demanding people please stop giving them Reddit gold (which is weird, who doesn't love Reddit coin). It seems unlikely that the user works for Respawn, based on their recent activity on the site. Whatever the case, the new fanfare is a far cry from the response to the initial leak, which attracted 14 unenthusiastic comments. Including this pearler from user CJM01: No Reddit gold for you, I guess! So the moral of the story is... always trust leaks? Uh, no. Maybe this story has no moral. The universe is chaos, fate is a myth.