Possibility of Solo and Duo modes

Twitter user @ApexUpdate claims to have found evidence of this code, and shared it online. 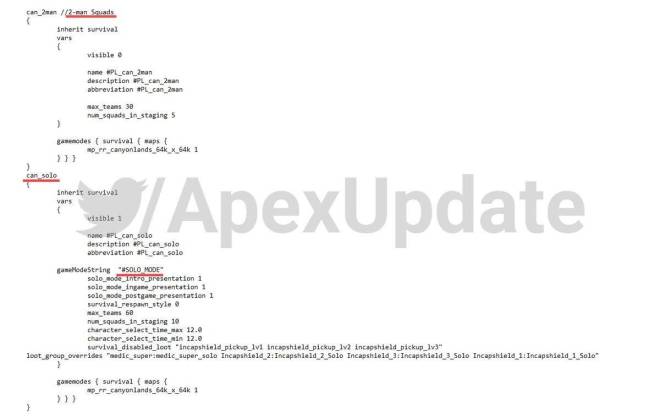 Many players are obviously keen that Respawn introduces solos and duos into Apex Legends so they do not have to play with random teammates when there are no friends online. 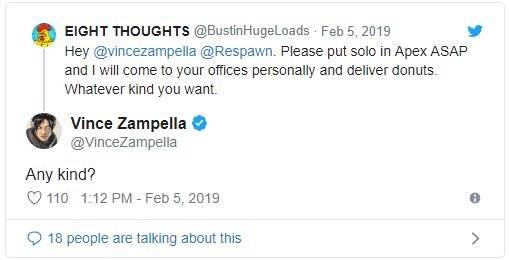 Although there was no official announcement as to whether to accept these game modes, Respawn CEO Vince Zampella hinted that we might see them in the future, and responded to a fan who offered the Respawn development team donuts in exchange for one Solo playlist by asking if he would bring any donuts.   Although there are currently no official plans for adding more squad sizes to the game. However, it is always possible that Respawn will hear feedback from the player base and include it in the future.         * This "leak" could very well be fake. #News #Rumor