Before we get into the tier list I want to mention a couple things. Although this tier list is meant to be as objective as possible, this doesn't mean that you have to play the top legends on the tier list. Every legend has their pros and cons and it's very possible that you will perform better with a lower-tier legend that fits your playstyle than you would with a higher-tier legend that doesn't. Just because a legend places low doesn't mean you shouldn't play them; this game is (mostly) well balanced and every single legend is playable. I'll include notes about each legend and why they are in their specific tier, but if you have more questions feel free to let me know in the comments. 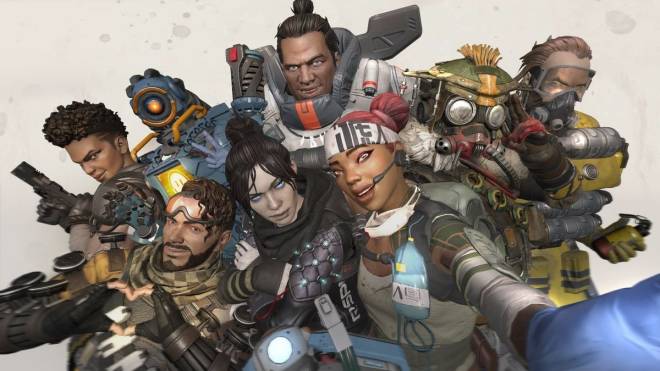 1. S-Tier:   -Wraith: Wraith has the smallest hitbox in the game and one of the best passive and tactical abilities. She's fast, difficult to hit, and excellent at avoiding danger. Although the value of her ultimate is very situational, it can often be a very useful tool for both yourself and your team.   -Bangalore: Bangalore has an extremely good passive ability which, like Wraith, makes her very fast and difficult to hit. Bangalore is able to use her passive and tactical abilities to constantly engage, disengage, and reposition, meaning that she can almost always fight on her own terms. If Bangalore gets in trouble, her ultimate covers a large area and drastically slows everybody in it, allowing her to make a quick escape. She's also excellent at close-range combat, which is the most effective range to fight at in Apex.   -Lifeline: Not nearly as selfish as Wraith or Bangalore, Lifeline makes up for her lack of combat abilities with her incredible utility. Although many people think of her as an ultimate accelerant consuming care package bot, Lifeline's greatest attribute is her passive ability. Being able to use meds 25% faster is an incredible advantage as most of the time when you die in Apex you're either healing or reloading. Also, being able to quickly revive teammates behind an unbreakable wall makes it very difficult for mid or long range enemies to successfully convert a knock to a kill. Of course, her ultimate is fantastic as it supplies your entire team with high-quality gear.   2. A-Tier   -Bloodhound: Bloodhound is a unique legend and the only tracker in the game. Being able to follow enemy footsteps often allows you to get a jump on the enemy because your team is prepared for a fight that the enemy doesn't know is coming. Bloodhound's ultimate is also very good; the incredible speed boost it gives you allows you to use it to both attack and to run away, although it does have its downsides as you are very loud and noticeable while ulted. The main thing that prevents Bloodhound from being S-tier is a weak tactical ability. While it's nice to know where the enemy is, your tactical ability also tells the enemy where you are, which means that any sneak-attack advantage you might have had is gone.   3. B-Tier   -Mirage: Although Mirage's kit isn't nearly as powerful as the previous legends, he does have a comparable hitbox and is fairly difficult to pin down and kill. His abilities make him good at engaging because he can either distract the enemy with a decoy, or use his ultimate to flank them while he's invisible. The main thing preventing Mirage from being a higher tier is his lack of movement abilities, which are absolutely crucial in Apex. He also has a very weak passive ability which is where most legends find their core strength.   -Pathfinder: Pathfinder likely has the highest skill ceiling of any legend in the game. The only downside is that even after putting in the hours to master Pathfinder, he's still not going to be any better than the much easier to learn S-tier legends. Pathfinder's grapple is an incredibly strong ability, allowing him to attack at angles that no other legend can and allowing him to traverse the map much more quickly than anybody else. Unfortunately, his grapple is essentially his entire kit; his passive is completely useless and his ultimate is very situational.   4. C-Tier:   -Gibraltar: Gibraltar has by far the largest hitbox in the game, meaning that he's a very easy target for enemies to hit. This is especially bad in close ranges (the most important range) because it makes it easy for him to get hit by the most powerful weapons such as the Peacekeeper or Wingman. It is far too easy to land every pellet of a shotgun into Gibraltar, meaning that he is an easy 2 shot kill. Gibraltar does however have a good passive and an excellent ultimate, as well as a very versatile tactical ability. His ultimate is the only one in the game that can completely kill an enemy from full health and Gibraltar has the luxury of being able to drop it on himself in a sticky situation and still be protected by his tactical dome. Even though Gibraltar has very strong abilities, his massive hitbox greatly limits him from being higher on the tier list.   5. D-Tier:   -Caustic: Nobody wants to be on the bottom rung of the tier list but unfortunately for Caustic mains, here he is. Caustic definitely has his uses and, in certain situations, can be one of the best legends in the game. The only problem is that these situations are few and far between, and most of the time Caustic is just a sitting duck waiting to be killed every time he's not camping a building. Like Gibraltar, Caustic has a very large hitbox. Unlike Gibraltar, Caustic has no way of defending himself and covering his large hitbox. Although Caustic's ultimate can be a very devastating tool, it also disorients and slows your own teammates, meaning that it can often do more harm than good. Overall, Caustic has the sad combination of having a very weak kit and also being very easy to kill.     Feel free to ask any questions or to fight for your favorite legends down in the comments. Also, let me know what guide/tier list/etc you want to see next!   #Guide #TierList