Olympus is the new map in town and the whole community is pumped about all of the new exciting locations to explore and figure out! The new brightly colored sky-city brings a lot to the table with faster ways to travel like the new trident vehicle, faster flying with balloons, and more mobile legends to choose from. This guide will be catered toward the player who enjoys being right up in the enemy's face and who thrives on hectic locations with multiple battles going on at once. In this guide, we will be exploring 5 aggressive landing locations on the new map ‘Olympus’ that will aid in a push-heavy playstyle! We will look at the locations: Carrier, Solar Array, Turbine, Oasis, and Estates! There are certainly other locations on the map that can be played aggressively or can end up with more teams because of the trajectory of the jump-ship but today we will be checking out these 5! Let’s hop right into things!

Carrier Carrier, officially known as Arcadia Supercarrier is a location that may remind some players of Sorting Factory from World’s Edge because once you are in, it can be very difficult to escape without clearing out every team in the area first! Carrier is a great location for players who enjoy close-quarters combat without the aid of much building or door cover to hide behind! Carrier is a great aggressive location to come out of with a lot of loot and kills as long as you and your team stick as close to one another as you can. Carrier can get very hectic because of the number of teams looking for loot to kill one another so it’s important to remember the general loot locations to get a feel for which are the biggest to rush to immediately with your team. Shotguns and SMGs are great choices for players who choose to land at Arcadia Supercarrier - just remember to hug-cover and play more of a position game once you’re out in the open of Olympus. When rotating out of Carrier, Turbine and Oasis are both great locations to hit to continue an aggressive game! Solar Array Solar Array is a surprising location because at first glance it doesn’t look like a very desirable location to land at and would presumably be a less active landing location. This isn’t the case, however, because of Solar Array’s prime location which allows players to choose a rotation onto either the left or right half of the map depending on where the circle ends and where other teams choose to land. What makes Solar such a popular landing spot is the number of small buildings it provides for players to quickly maneuver through to use as an escape tool or to heal behind extra doors. Solar is also very appealing because of the clear lines of sight that it offers for players who like to use Sniper rifles! If you land in Solar Array a long-ranged weapon setup is certainly recommended if you’re staying out in the open. If you choose to stick in the buildings, however, an AR/ SMG or AR/ Shotgun setup would be both be great choices as well. 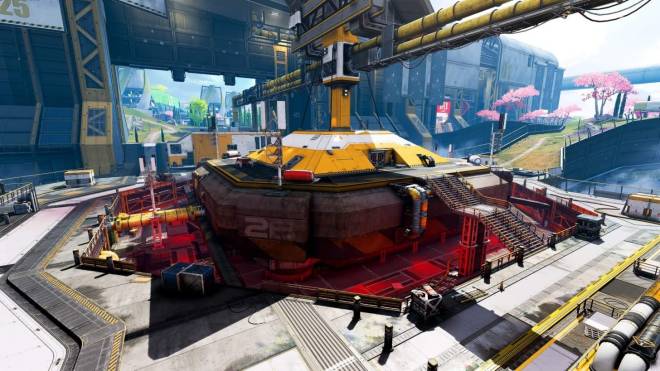 Turbine Turbine is easily one of the most landed locations on all of Olympus which makes it prime real estate for players who are trying to stick to an aggressive playstyle. Turbine is interesting because it doesn’t offer a lot of loot for players to choose from in the center but that’s generally where teams flow to in a king-of-the-hill style battle to see who claims the territory. If you prefer the chaos of multiple battles going on then this approach is definitely for you! Fortunately, there is a smarter option if you want to secure weapons and shields before you enter potentially 3-4 teams or more fighting all at once. You can choose to loot on the outer circle of Turbine all the while rotating toward the center to both secure loot and stay aware of the gunfights to calculate how you and your team want to approach the situation. Both approaches work well for this location - it all depends on how you and your team wish to go about it! Are you more calculated while being aggressive or are you all out? Rotation out of Turbine - Estates and Hammond Labs are both great choices to keep the battles flowing! 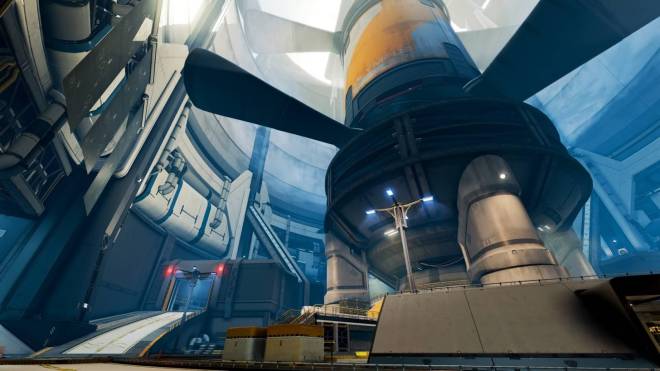 Oasis Oasis is a fun landing location because of the singular focuses that it comes with - race to the basement level as quickly as humanly possible to secure the gold loot which is located at both ends of the lowest level. Are you up for the challenge with your team? Are you fast enough to loot and kill every team pursuing you? If the rush to loot playstyle isn’t quite what you are looking for, the other choice at Oasis is to rush the balcony section of the basement which can be accessed through a double-staircase outside of the buildings. When rushing the balcony with teammates you can loot along the way to set yourselves up to contest any teams who might have reached the bottom floor already. If you are quick enough you might even have time to rush the gold items with your team who already have weapons and potentially shields giving your team a distinct advantage in a highly-desired loot location. Get ready for action, thought because Oasis won’t be easy to take over without many waves of fights! Estates and Turbine are both great choices to rotate into after clearing Oasis to keep up your team's aggressive playstyle! 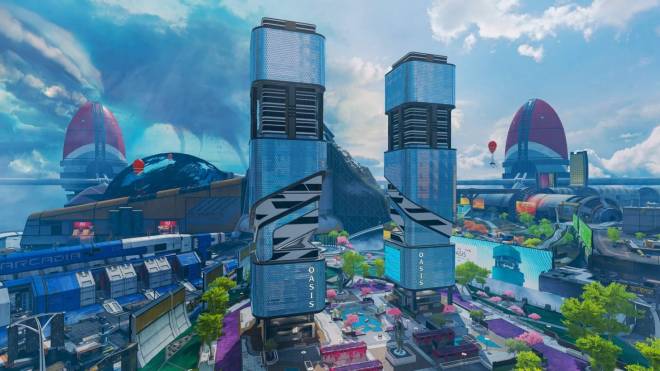 Estates Estates is the last location on the list and is definitely the most consistently-landed-at location on the map. It is hard to land in Estates without being met by at least 2 teams at the very minimum. It isn’t odd to see 5 or more teams join you in this location, however, so rush for weapon loot locations and get ready for a giant battle! In Estates it is important to keep your wits about you and to stick as closely with your team as you possibly can. Every ‘estate’ will likely be a fight for loot with enemy teams so it’s important to communicate and listen when your teammates need help or ping nearby enemies. The center of Estates has the most loot but is also the hotspot and the hardest spot to get out of as all teams usually converge on it. Heading to the center is a big power move and can be optimal when there are only 2-3 teams remaining to be cleared out. After winning Estates and looting all of the enemies heading to Turbine or Hammond Labs are both great rotation choices to keep on pushing with your team! 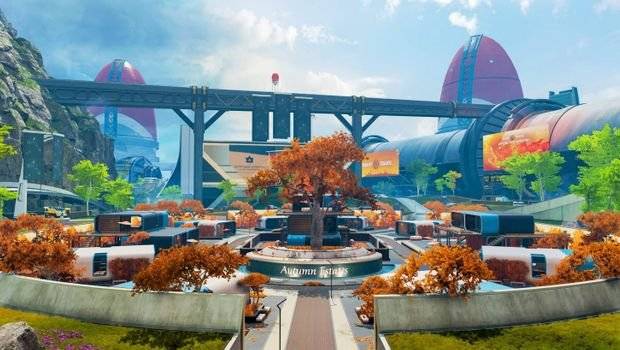