Apex Legends has now entered its 7th Season and it brought with it a ton of new changes to unravel! This Season feels newer than any other with the addition of a new map Olympus, new legend Horizon, and the R-99 returning to the gun meta once again. If you ever stopped playing Apex because you felt the game got stale or wasn't updated enough - this is the perfect time to hop back in and see what appeals to you! If you’ve been an avid player who has stayed in the community, gear yourself up for one of the most fun, exciting and fast-paced Seasons of Apex to date! In this guide, we will be looking at the patch notes for Season 7 and exploring the various changes they made for this season including the new map, the new legend, various quality of life changes, legend tweaks and buffs, and much more! Let’s hop right into things!

So much to discover! Everything is NEW this season! The new Replicator changes, the new Season 7 Battle Pass, the new map Olympus, the new Legend Horizon, brand new clubs, and the new vehicle called ‘The Trident’. The new map has so much to offer with bright colors and fun new locations to land at! Discover more about the new map in my guide ‘Overview of the New Map Olympus’ or my guide ‘3 Effective Map Rotations on Olympus’ to learn how to move on the map more effectively! The new Legend Horizon brings a fresh new feel to the game and is the most fun legend to play on release! Learn more about how to use her abilities effectively in my guide titled ‘Tips & Tricks Guide to Horizon’ to explore her abilities and the nuances. The new Season 7 battle pass leaves much to be desired with how slow it is to level up and how difficult it’s been so far - hopefully Respawn will make some mid-season changes to make it easier for everyone to reach the max battle pass to unlock the beautiful new R-99 skins for level 100 and 110! With all of these new changes for Season 7, Apex now has a vehicle called the trident which allows you to travel the map much more quickly and can boost to travel at warp-speed! Thankfully the vehicle was balanced well and can’t damage players upon impact! Lastly, we have the new addition of clubs which makes it easier for players to find other users with similar skill levels to play with! 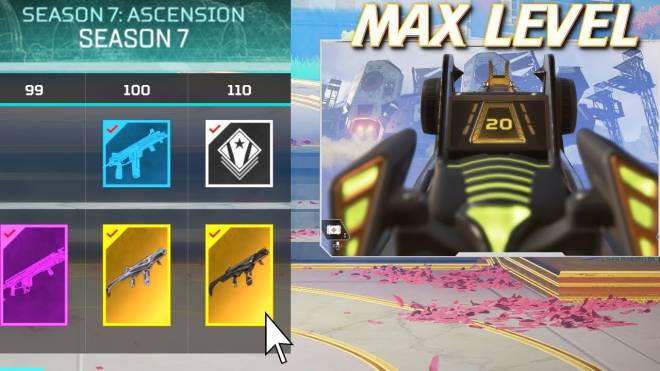 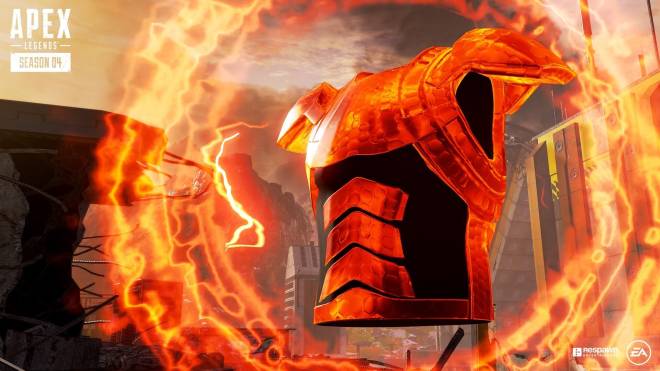 Weapon Meta-Updates   Hemlok Increasing horizontal recoil of the first 3 shots slightly to the right (first burst when in burst mode)   Increasing recoil magnitude in the later stages of the pattern   Reducing recoil multiplier in single fire mode to help compensate for additional recoil in pattern.   Recoil should mostly be increased in burst mode rather than single fire mode   Reducing headshot multiplier 2.0 -> 1.75 (44 -> 39 damage headshot against no helmet base character)   Havoc Updated recoil pattern. Kicks up, then right, then left, then up again.   L-Star LSTAR has a new recoil pattern that kicks horizontally at first and then settles into a relatively consistent upward recoil. Players who feather the trigger will be able to keep the LSTAR in the good portion of the recoil pattern.   LSTAR venting time after letting go of the trigger has been reduced 0.4s -> 0.15s.   LSTAR will now reduce heat faster when not overheated -- 1.15s from 99.9% to 0% charge if not overheated, still 2.45s if overheated.   Sentinel Energized Sentinel now has a pure damage increase, instead of bonus damage only vs shields Energized Sentinel base damage 70 -> 88   Triple Take Fire rate 1.3 -> 1.2   Hop-Ups Quickdraw Holster Hop-up: This new hop-up attaches to the RE-45 and Wingman. When equipped, the gun becomes quicker to raise and lower, takes less time to ADS, and has reduced hip-fire spread (particularly when not actively moving). This should open up new opportunities to use the two weapons, especially in close-quarters combat.   The Selectfire Receiver hop-up will be removed from the loot pool to make room. 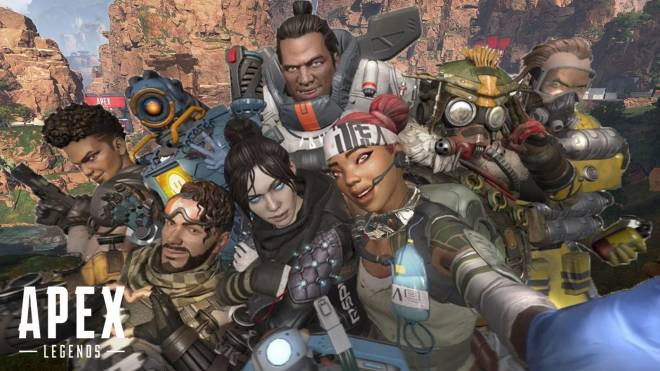 Quality of Life Changes - Airdrop color changes - Normal is a light tan, Lifeline’s are blue and replicators are teal - Arc star now is indicated by an arc-star indicator rather than grenade-indicator - New voice lines when you use phoenix kits and drop holo-sprays - Ring algorithm adjustments to make for more playable end-game space - Ping inventory ammo to request more from squadmates - King’s Canyon is vaulted for ‘the time being’ - expected to be until at least the split - The first split of ranked will be on Olympus, the second half will be on World’s Edge 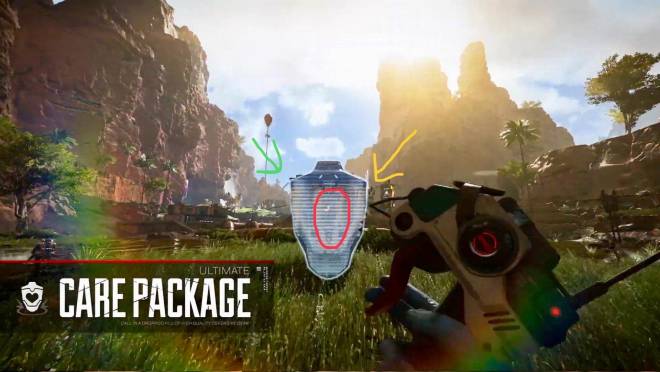 New Heirloom Weapons + Gold Weapons Supply Drop R99 Out of Supply Drop: The R99 will be returning to the normal loot pool this season, with the same stats it had before it went into the supply drop at the start of season 6. Damage: 12 -> 11 (from Care Package version to normal pre-season 6) Ammo 20/22/24/27   Prowler Into Supply Drop: The prowler is replacing the R99 in the supply drop. Despite the Selectfire hop-up being removed from the loot pool this season, the Prowler will still have the ability to change between 5 round bursts and full-auto. Magazine size: 35; reserve ammo: 175   Fully Kitted Weapons Removed: Devotion, Mastiff, Triple Take, Flatline, Volt   New: Wingman, Sentinel, Havoc, G7, Alternator 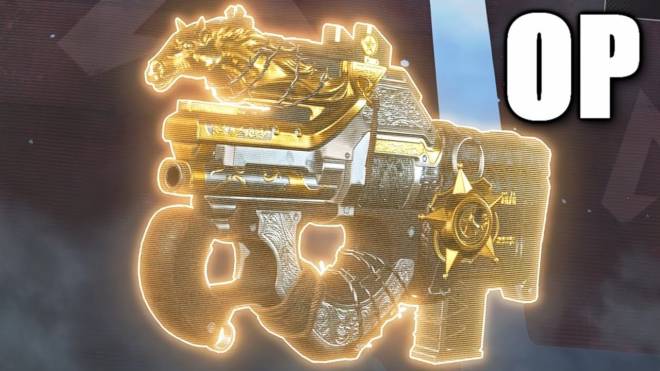 Legend Updates Season 7 came packed with a load of new legend updates to learn and enjoy! With the number of tweaks to the legend-pool it will be very interesting to see which legends emerge among the top tier this Season and which legends will find their ranking dwindling.   Bangalore - Rolling Thunder: Reduced the time it takes for explosion from 8 seconds to 6 seconds.   Caustic - Nox Gas Trap/Nox Gas Grenade: Legends no longer get a blurred vision effect while in the gas. Damage updated from 4-10 ticks of damage to 6-12 ticks of damage.   Mirage - Psyche Out/Life of the Party: Decoys now have 45 health   Octane - Swift Mend: Doubled healing rate (from 0.5 hp/s to 1.0 hp/s)   Wattson - Perimeter Security: Increased damage per touch from 10 to 15   Loba - Black Market: Ammo taken by teammates doesn’t count towards Black Market’s max. - With Black Market you can take all of the ammo in the area   Rampart - Sheila: Now takes 1.25 seconds to fully spin up, down from 2 seconds. - Amped Wall: Now takes 3 seconds to fully build, down from 4 seconds.   Pathfinder - Pathfinder no longer needs to be on the ground for Grappling Hook to be considered finished   - The speed to which Pathfinder needs to drop for Grappling Hook to be finished was increased from 300 units/second to 500 units/second - The maximum cooldown grapple cap was lowered to 30 seconds, from 35 seconds; the max-travel time before a new cooldown is set is now 5 seconds, instead of being uncapped. No more cooldowns over 35 seconds. - Distance you can travel before hitting max-cooldown was doubled 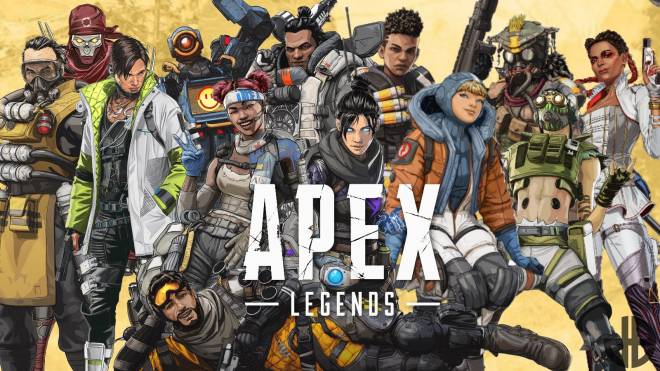