Wattson will be sure to SHOCK you with how useful her abilities are to have on any team. With the Season 6 meta being geared toward positioning and in-game awareness Wattson is once again finding her way back into high tier viability. This is because of her kit’s potential to protect her teammates from any immediate close-ranged threats or projectiles allowing your team to dictate the pace of the fight. Have you ever attempted to push a Wattson lead team in a building without first getting a pick? It’s nearly impossible without proper coordination with your teammates. She is incredibly strong when in the hands of someone who knows their way around her kit! In this guide, we will take a more in depth look at Wattson’s passive ability, tactical ability, and ultimate ability as well as her synergy with legends. If you’re just starting out playing Wattson or would just like to learn more about her kit and how she works with others -- stay tuned! 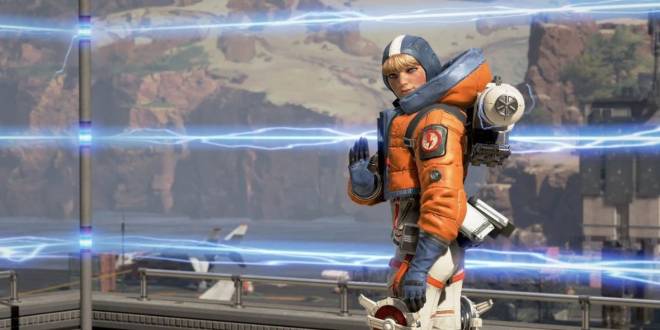 Passive Ability: ‘Spark of Genius’ is Wattson’s passive ability that enables one ultimate accelerant to fully charge her ultimate. In addition to this already powerful ability, she can also carry two accelerants per inventory stack! This is a great addition to Wattson’s already powerful kit because it allows her to get the most out of her abilities to help her team - so much so that her ultimate can transversely be viewed as a unique second tactical if she has the necessary ultimate accelerants!   *Tip - Try to carry at least 2 stacks of ultimate accelerants at any time to help in case your pylon gets destroyed or runs out of time! If you can carry more - the more the merrier! 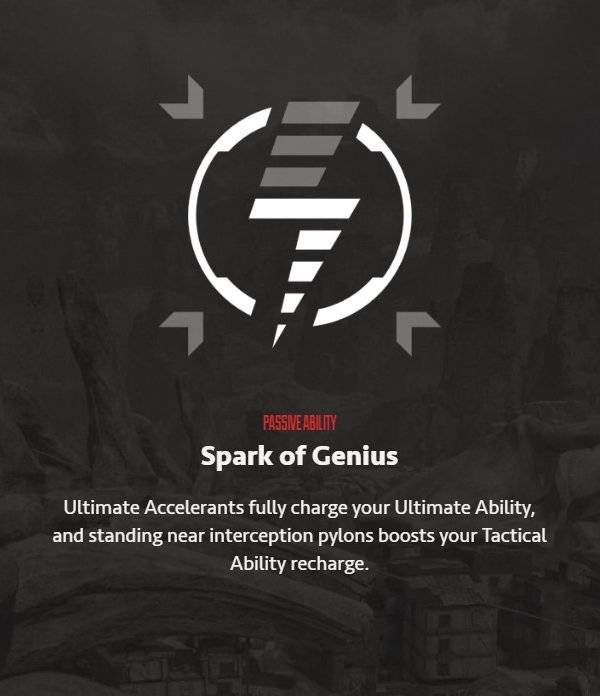 Tactical Ability: ‘Perimeter Security’ is Wattson’s tactical ability which allows her to create electrified fences by connecting nodes together. Fences damage and slow enemies temporarily which also slows their legend’s immediate reaction time and ability to sprint/slide! She can place up to 12 fences total and can place 4 fences at a time. Wattson’s fences are an incredibly useful tool for any team comp because they add a level of security and defense to any building or position you’re holding down. Though they can alert enemies to their position because of how spottable they are, the upside heavily outweighs the downside. With her fences, you can surely create more time for your teammates while an enemy team pushes you. Or you can offensively use her fences to trap teams in their buildings and force them to push into your team’s position when the storm closes in!   *Tip - don’t always think in a linear fashion - think outside the box and create triangle traps, square traps, and even ‘X’ traps!   *Tip 2 - try to place as many fences as you can to ensure defensive coverage for yourself and your team 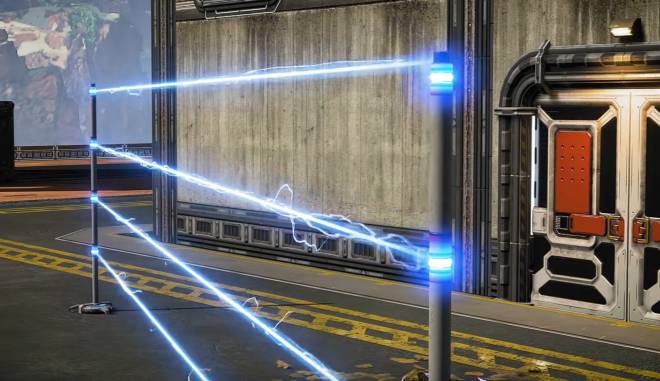 Ultimate Ability: ‘Interception Pylon’ is Wattson’s ultimate ability which allows her to place an electrified pylon that can destroy incoming throwables and projectiles while also repairing damaged shields! Standing closer to the pylon will increase the rate at which your shields charge! Standing near the pylon will also boost Wattson's tactical recharge rate allowing her to place more fences at a more rapid pace! This ability was truly game-changing back when it wasn’t able to be destroyed and had no cooldown taking it from the battlefield! Now that it’s seen changes with a cooldown that removes it from play it just increases the importance of carrying ultimate accelerants as a means to set up defenses quicker and to have a failsafe in case your pylon expires. Though it has seen some changes that have certainly affected its play, it is still an extremely useful ability that can save you and your team from a large array of incoming damage assortments while simultaneously giving you more shields. Wattson you are truly a genius for this invention!   *Tip - Try to place your pylon in a location that is likely to be a choke point for enemies to attack. Not only will it block incoming projectiles/ throwables but it will also help block enemy lines of sight! 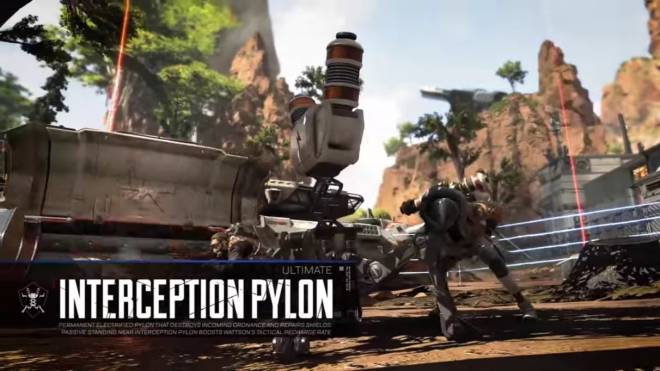 Synergy with Legends: Wattson is a legend who thrives on teams that are set up for defensive playstyles. Caustic is a great legend to pair with Wattson because of the synergy between his canisters and her fences! It’s important to note that Wattson should always fence behind the door as a preventive measure from triggering his trap with the electricity! Rampart for her amped cover’s ability to add an extra layer of protection to your bunker and simultaneously protect and do more damage to enemies. Gibraltar for his dome shield protection and bombardment in case a team takes high ground from your bunker and won’t leave you alone. Lifeline for the safety net she provides with her auto reviving D.O.C. drone and the synergy she provides to regen health while Wattson can help regen shields. And lastly Crypto for his strong EMP which can quickly thwart an advancing enemy team's attempts while being protected by the cover of Wattson and her fences! 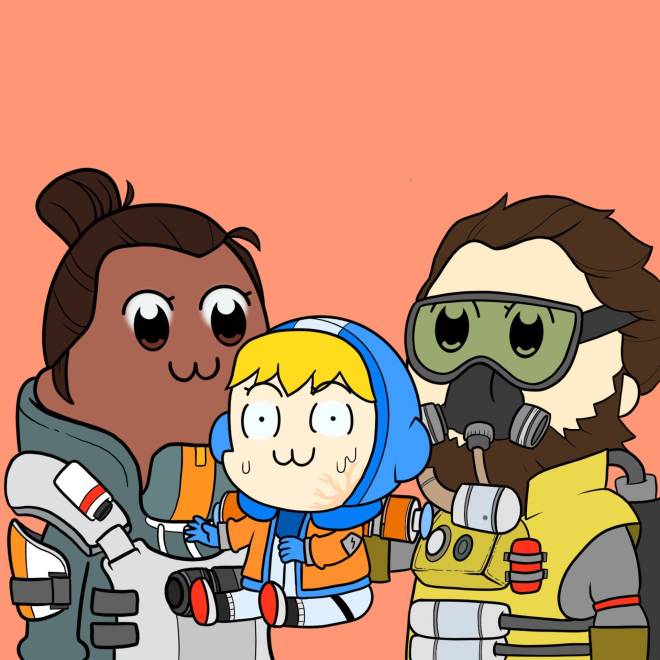 Hitbox: Wattson has one of the smallest hitboxes in the game coming in at only 37 square cm, tied for 2nd place smallest hitboxes with Lifeline and Bloodhound! What makes her hitbox so good is that she doesn’t receive increased incoming damage regardless of her small profile! One thing to utilize heavily with her unique crouch animation is to spam crouch strafes while gunfighting with enemies! This will give you a great advantage at dodging their bullets and returning fire!   *Tip - make sure to use wall-peeking techniques when using Wattson to optimize her hitbox’s upside potential! 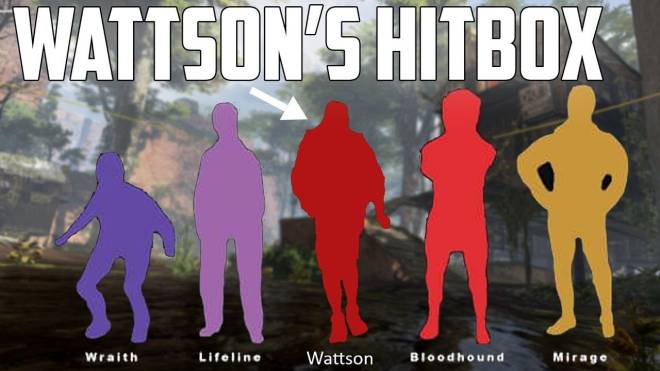 Did you learn anything from this guide? What are some of your favorite legends to play Wattson with? Do you have any tips to add to this guide? Comment down below!   If you enjoyed this post and would like to bookmark it to have it saved for another time - click/ tap the 3 dots in the top right corner and select ‘bookmark’ to have it archived!   ~Wxbber