With the opening of Season 6 came the newest addition to the legend circuit in Apex Legends - Rampart! With her defensive based kit and her love for LMG’s any players who prefer a slower approach to the game should give her a try! Even if a slower approach isn’t quite your thing, she still has a lot to offer for rushers with her amped cover. In this guide, we will take a more in-depth look at Rampart’s passive ability, tactical ability, and ultimate ability as well as her synergy with legends. If you’re just starting out playing Rampart or would just like to learn more about her kit and how she works with others -- go no further than this guide! 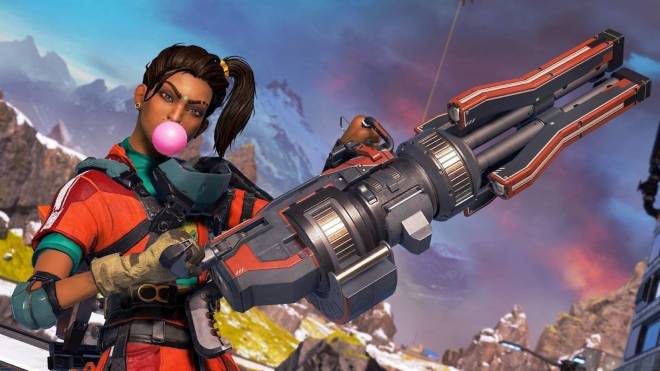 Passive Ability: ‘Modded Loader’ is Rampart’s passive ability which gives her an increased magazine size and allows her to reload at a quicker speed when using LMG’s and her Minigun. If you are someone who prefers weapons with larger magazine sizes - this ability will be your dream come true! This ability is great in close corners situations - especially ones where you and your enemy can’t manage to kill one another in one magazine - this is where her passive really shines by quickly reloading and returning fire before the enemies ever knew what hit them!   *Tip - When using Rampart’s reload, make sure to hold down on your fire button to ensure you will get the first bullets off! 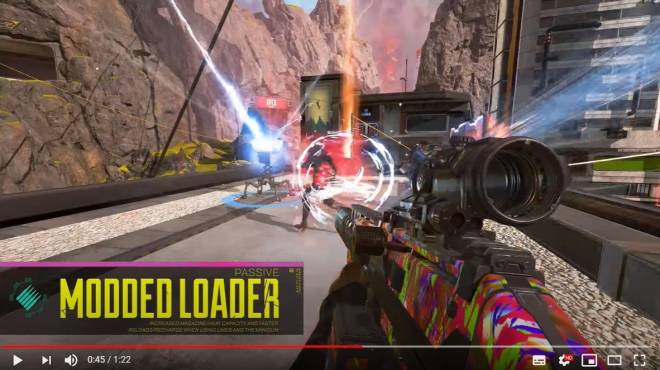 Tactical Ability: ‘Amped Cover’ is Rampart’s tactical ability which allows her to place up to (5) half-walls which block incoming shots from doing damage and increased outgoing damage by amping shots. Rampart’s amped cover is great to play around and out position enemies in close corners gun-fights. It’s also a wonderful ability to use if you prefer to slow your game down and hold down a particular building. This ability really shines, though, when you attach her ultimate minigun “Sheila” to deliver amped minigun shots at lightning speed to unsuspecting enemies on the receiving end.   *Tip - when placing Rampart’s ‘Amped Cover’ make sure to give yourself a large enough time frame as it takes a moment to place after hitting the ability 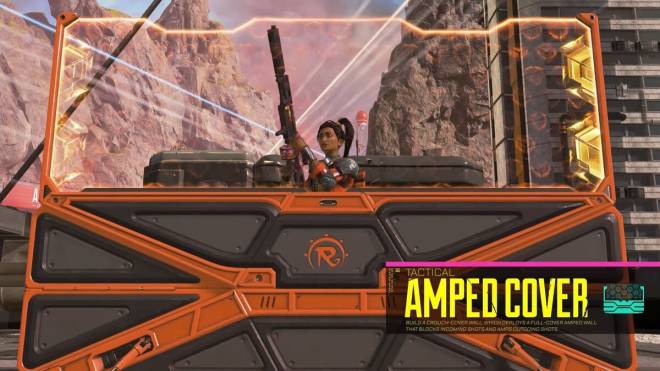 Ultimate Ability: ‘Emplaced Minigun “Sheila”’ is Rampart’s ultimate ability which places a mounted gun named Sheila that anyone of her teammates (or enemies) can use. Rampart can place up to 3 “Sheila’s” at any given time, allowing her and teammates to rain down a storm of bullets on opponents. This ability works well enough on it’s own but it really shines when paired with one of Rampart’s ‘Amped Cover’s’ to enhance the damage from the miniguns making them even more difficult to deal with!   *Tip - when using this ability, make sure to remove it from the battlefield before changing positions as it could bite you in the backside further along in the game!

Synergy with Legends: With Rampart being a defensively-based legend she tends to work best with other legends that fit the bill! Wattson is a great choice to add to a rampart comp because her fences add an extra layer of protection to a bunkered up building! Not only that but Rampart’s amped cover’s biggest weakness is explosives - something that wattson can directly counter with her Ultimate! Another great legend beside Rampart is Gibraltar for the extra cover he can provide - even dome shielding on top of an amped cover to create two barriers to play around! If you’ve downed an enemy with her ultimate and wish to quickly capitalize - look no further than pathfinder and his infamous zipline gun to get the job done!   *Tip - With Rampart lacking a mobility ability it is important to have someone in your team comp who can gap close 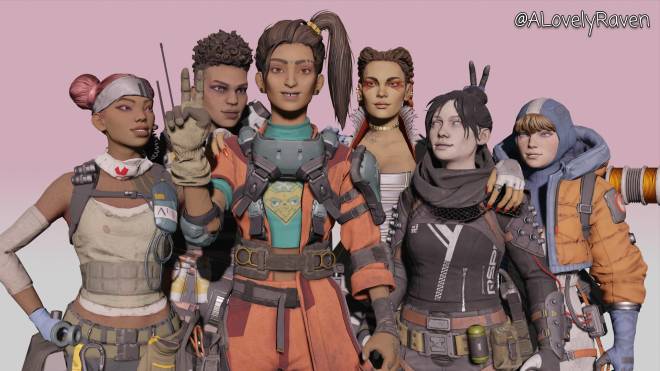 Did you learn anything about Rampart in this guide? Do you have any tips of your own you would like to add? Comment down below!   If you enjoyed this post and would like to bookmark it to have it saved for another time - click/ tap the 3 dots in the top right corner and select ‘bookmark’ to have it archived!   ~Wxbber