Outside of improving your aim, movement, game sense and mechanics -- knowing which legends work well together will always give you an upper hand on your opponents. Game knowledge is key in a Battle Royale that relies heavily on users abilities, their effectiveness, and cohesion with their team. The more you know about how your 3 legends work together, the better suited you will be for high-stakes teamfight situations. 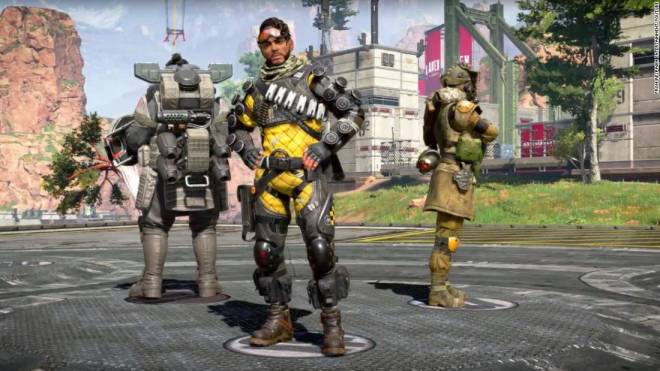 This guide will list 5 viable trios team comps that are currently meta at the end of Season 5. Being that the state of the game is very aggressive and ‘third party’ heavy, we will be focusing more on teams that can thrive on this playstyle. The teams discussed will favor those that have abilities which make aggressive play more seamless for their teammates, and those which have the ability to reposition and create safety for their trio amidst the chaos!   Pathfinder, Caustic, Gibraltar Pathfinder provides a zip line ultimate which can act as a reposition, an engage (although not recommended unless third partying), and its most useful capacity - an escape. Pathy also has the ability to scan for the upcoming circle which is extremely helpful during any point of the game. He has a positioning-focused kit, which makes him so very useful to his teammates. Any team that has a Pathfinder immediately has an advantage for securing the end-circle with the knowledge he provides. Caustic helps the team with his gas canisters and Ultimate ability. They can be used together as a means to help you and your team reposition to a more advantageous position. They can also be used to push-in a team that’s camping in a building, zoning them out, or exterminating them one by one.Gibraltar helps the team with his tactical ability dome shield, and his bombardment ultimate ability. Both can act as a means of safety, providing cover for you and your team and zoning enemies off of your position. 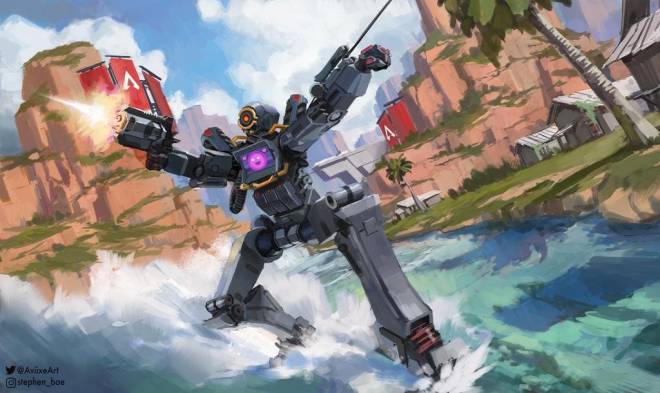 Bloodhound, Bangalore, Caustic Bloodhound provides a scan which alerts teammates to enemy location which can often turn the tides of a fight in your favor. He also has the ability to track enemies based on time with their footsteps, which doors they have opened, and which loot-boxes they have opened. Bloodhound is a great pick for any team to provide effective scouting which is why he’s seeing more and more viability in the upper tiers. Bangalore provides cover smoke for her teammates which can effectively get your team out of tight corners, and gunfights you were forced into. Bangalore also provides smoke to help revive teammates more effectively with the safety of cover. Her ultimate ability rains artillery from the sky, and can be used to help your team reposition, or to zone enemies off of your position.Caustic provides an ultimate to effectively zone or push enemies off of their position, and/or out of a building. His gas canisters help in doing the same, and provide excellent endgame viability for higher tier games that tend to last until the circle fully closes. When working together this team truly shines. By Bloodhound scanning into a Caustic ultimate and Bangalore’s cover smoke, you can confuse enemies and all have them guessing your position while being to trace their movements and damage them without being seen. This is truly a squad of assassins. Try this comp out! *This one gets my choice for the most fun squad to run with your friends! Gibraltar, Lifeline, Wraith Gibraltar provides an ultimate bombardment ability which can help your team reposition safely, get an enemy team off of your position, or to zone enemies away from, or toward you. His dome shield has many uses - it can provide cover for you and your team if things become too much to handle, it can provide a safe haven while your team aggressively pushes or third parties another, and it can help zone enemies off of a position. Lifeline provides her D.O.C. drone which heals nearby allies. She also has an auto-revive ability which picks up teammates with the protection of an impenetrable shield while allowing Lifeline to protect them. She also provides her ultimate ability which guarantees an epic item,and plenty of shield cells, or syringes! Wraith provides scouting for her team by hearing voices from the void with her passive ability -- alerting her to whenever she’s in an enemy’s sights no matter the range. With her ultimate ability, she provides a portal which allows her team to reposition to its destination. When the three work together, Wraith can go all-in, covered by Gibraltar’s bombardment to split the enemies, and lifeline batting clean-up. If things don’t go well for Wraith, Gibraltar can throw a dome shield on her for protection while she waits for Lifeline to auto-revive with DOC. Late game situations are great with this team because of the cover Lifeline’s ultimate, and Gibraltar’s tactical ability provides, helping you outplay opponents around for those tricky close-quarters circles. 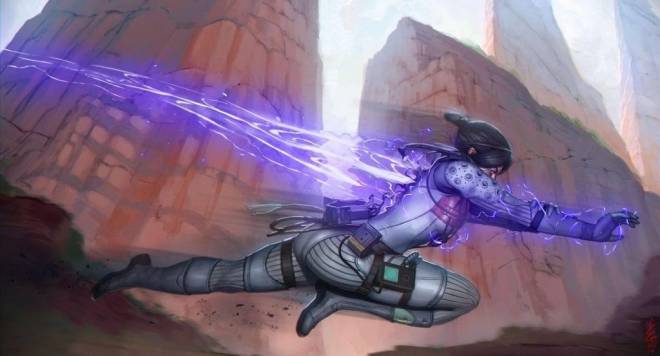 Revenant, Crypto, Wraith Revenant helps the team with his two silences, allowing him to negate enemy abilities for 20 seconds.This can be especially useful for capturing buildings and zoning off doorways. By throwing your Silences to where your enemies wish to path, you can effectively cut them off in situations where they only have one pathing choice -- ie: stairways, doorways, tunnels. His ultimate ability also greatly helps the team by creating a totem that affords his team the potential of two chances to push their enemies. Crypto provides his tactical drone to scan enemies, show their whereabouts, gauge how many teams are in the vicinity. Another use that isn’t as commonly used with Crypto is to set up the drone obscurely around the area you might be fighting as to get free scans on enemies without controlling the drone itself. If you wish to help your teammates while in the drone, you can hover around as closely to the enemies as possible. Yes, this will scan them, but it will also fill their headsets with the sounds of Crypto’s drone - momentarily drowning out their ingame sounds which in turn will make them more susceptible to a surprise attack! Lastly, crypto provides an EMP with his drone which instantly deals damage to enemy shields. Wraith provides a portal for her team which allows them to teleport between two locations to outplay enemies for position. She can also alert her teammates when they’ve been spotted with her passive ability. This trio works incredibly well together! The wombo-combo play is to portal from the death totem location while Crypto EMP’s the enemy team’s shields. From there, Wraith places the portal, and goes back to grab totem, while Revenant and Crypto go to her portal destination to push the EMP’d team. Once in death totem, Wraith joins in on the fun. When pulled off correctly, this combo can make pushing almost any team effortless -- unless, of course, they’re using the same tactic on you first! 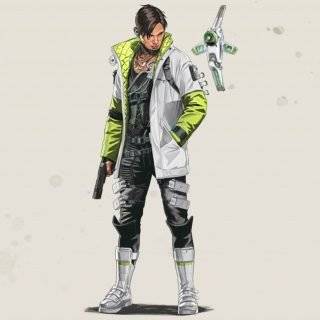 Bangalore, Loba, Gibraltar Bangalore provides an Artillery ultimate to help her team reposition, to push enemies off of a position, or to zone enemies from getting somewhere. She also helps the team with her cover smoke which hides ally position, and slightly damages and confuses enemies. Loba provides her passive ability which allows her to see Epic and Legendary loot through walls, so she may ping it for teammates, or keep it all to herself - depending on which kind of player she is! Her ultimate ability allows her and teammates to choose 3 items - from a variety of: weapons, gear, attachments, health, shields and ammo - which are all collected and shown from the surrounding area. Gibraltar provides his bombardment which allows his team to reposition, zone enemies off, or keep enemies from pushing a position. His dome shield is great at providing safety and cover from enemies which are aggressively pushing you. When these 3 team up, you have the potential to safely loot Loba’s ultimate shop with the safety of Gibraltar’s dome shield, Bangalore’s cover smoke - or both! Bombardment and Artillery strike both can act as zoning tools to use her shop as well! And if things aren’t going your way in a teamfight, the same smoke + dome shield combo can be used to afford Loba a crafty reposition with her jump-drive tactical ability! 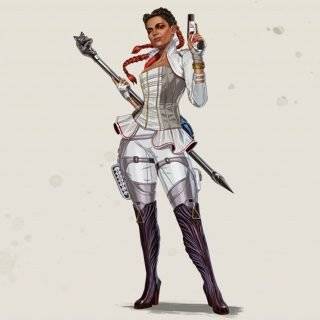 If you enjoyed this post and would like to bookmark it to have it saved for another time - click/ tap the 3 dots in the top right corner and select ‘bookmark’ to have it archived! 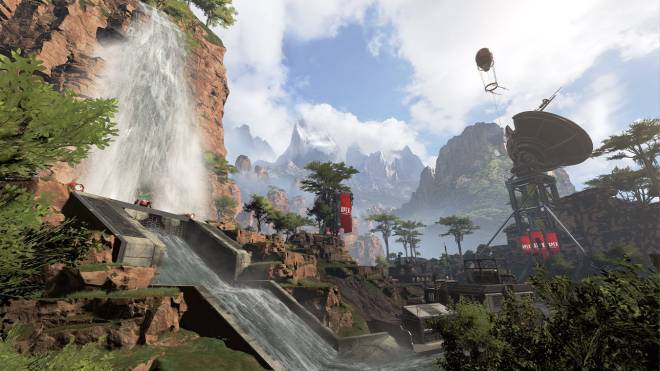 Was this guide helpful to you? Who is one of your favorite trios of legends to run in Apex Legends? Comment down below!   ~Wxbber