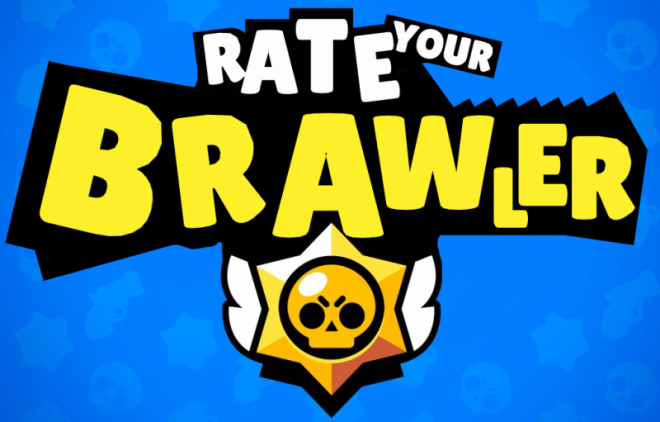 Welcome to the first installment of 'Rate Your Brawler!' What's Rate Your Brawler, you say? It's a series of posts made for you mooties in Brawl Stars lounge to rate each Brawler weekly and see what you guys think about them. I'll be giving a short guide on each brawler on Friday and create a poll which you can rate a brawler yourself from one to five star mark. The poll will go on for a week and the total rating of the brawler will be posted next week! There are a total of 22 brawlers in the game as of now and will be 23 when Gene joins the game shortly. Without further ado, for this week's Rate Your Brawler, we're going to take a loot at Shelly, the first ever Brawler we got to play as! 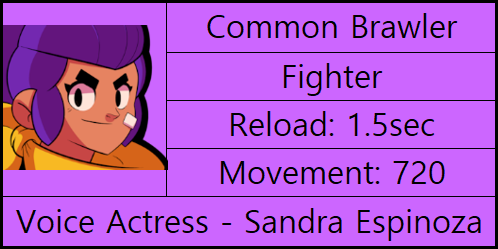 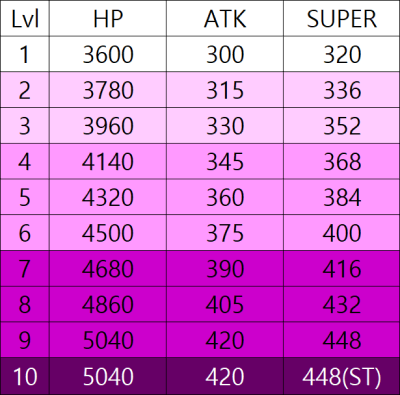 Pros(+)   Beast Mode in Close Range Combat - Shelly's attack moves are entirely based on her shotgun, and it's extremely powerful. When she's fully upgraded, almost any brawler will be taken down within 2-3 shots.   Super Shell? Super Useful - Shelly's super attack not only pushes your enemies away, but it also destroys obstacles ahead. You can use it to get away from heavyweight brawlers that have high HP or eliminate brawlers hiding behind walls.   Well-balanced for Newcomers - Although she's free and the first brawler you get in the game, she's extremely well balanced and good for almost any mode you play. Because she's typically strong in close range combat, spamming her auto-aim attacks will be more than enough to take down multiple opponents at once, and controlling her is super intuitive enough for newbies to get used to.   Cons(-)   Low Health - Shelly's health is low compared to other brawlers with shotgun such as Darryl and Bull. Unless her super attack's charged full, you'll likely to get rekt by characters with higher max HP in close range while also have hard time penetrating enemy's defense when your opponents are ready to face you with long range brawlers.   Poor Mobility - Being a brawler with a shotgun, Shelly's skills are entirely committed to close range combats; however, because her movement speed is just not that great and lack skills to get close to enemies, experienced players are more likely to have her hide behind bushes, focusing more on taking down enemies stealthily rather than rushing in.     Where to use Shelly?   Gem Grab - It really depends on the map you're playing. The more the bushes, the better she gets. Hide and move inside the bushes for best results.   Showdown (Solo) - Hiding in the bushes, her ambush can be fatal to any brawler that approaches near her. It's best for you to keep your distance until your super's fully charged. When you're ready, take out your opponents up close.   Showdown (Duo) - Shelly goes well with Brawlers with high HP like Bull or El Primo. Have her hide behind the bushes for surprise attacks on enemies.   Heist - Shelly offers solid defense when it comes to playing Heists. Her super attack can push away opponents when your team's safe is in danger.   Brawl Ball - Also in Brawl Ball, her super attack comes in real handy when you want to get rid of boxes in front of your opponent's goal post.   --------------------   Most of what is written here are based on my experience! Feel free to comment down below your opinions!   #RateYourBrawler