Hey, how’s your hunting?   Rajang update was released yesterday and many players are raising their Volcanic Region of The Guiding Lands, hunting Rajang.   Not all Rajang weapons and armors are the best option. So I set my own priority and gonna share it with you. I hope this would help you to choose yours!     <Weapon>   1. Light Bowgun - Ten Thousand Volts 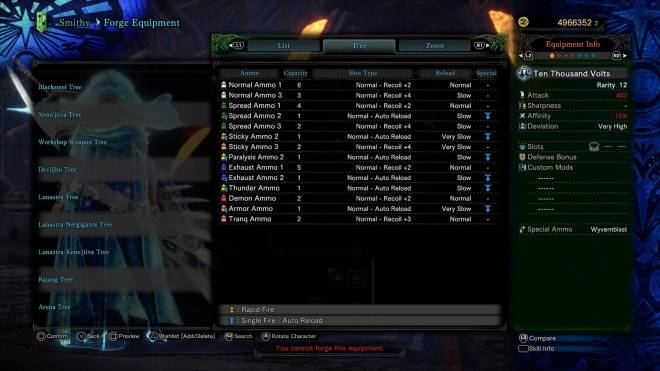 It supports Sticky Ammo 2 Auto Reload, but there’s no reason to use Sticky Ammo 2 with Rajang LBG. What we’re gonna use is Sticky Ammo 3.   Rajang LBG has the highest damage of all LBG, thus it has the highest damage of Sticky Ammo as well.   Sticky Ammo 3 has Very High recoil and Very Slow reload time. To support this terrible state, I use 2 Recoil Suppressor and 2 Evading Reload for Bowgun Customize.   2 Recoil Suppressor reduces Sticky Ammo 3 recoil from Very High to High. It’s reloading time is still Very Slow, but we save the time to reload it with Evading Reload.   Evading Reload is quite unstable though, so if you don’t like to keep evading reload, then better to use 4 Recoil Suppressor (or 3 Reload Assist and 1 Long Barrel).   If the damage is more important to you, you can pick up Rajang LBG. If stuns are more important to you, you can still pick up Diregun “Dementia”, the Savage Deviljho LBG.     2. Heavy Bowgun - Rajang Destroyer 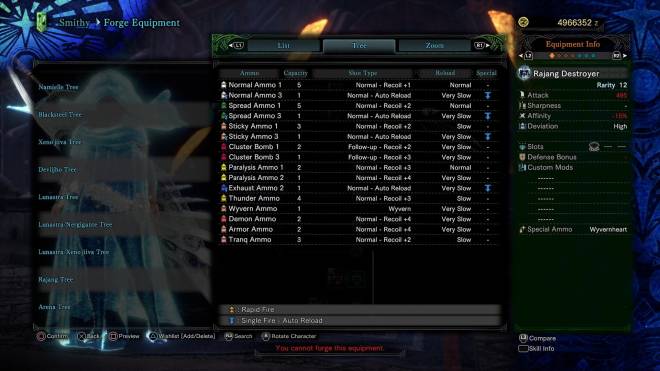 The same reason as LBG, Rajang HBG is also one of the best options for Sticky Ammo.   It supports Sticky Ammo 3 Auto Reload, similar to Shara Ishvalda HBG. It seems like there’s no reason to add Free Elem / Ammo Up, but it’s still a good skill to increase the capacity of Cluster Bomb and Paralysis Ammo.   Rajang Destroyer only has 1 capacity for Cluster Bomb 3, 2 for Paralysis Ammo 1, 1 for Paralysis Ammo 2 so increase those important Ammo’s capacity is worth consideration.   Rajang HBG also has the highest damage of all HBG as well, thus it has the highest damage of Sticky Ammo as well.     3. Great Sword - Great Demon Rod 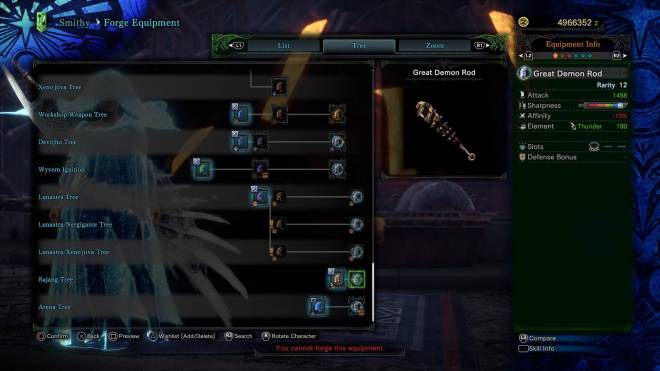 Of course, this GS has the highest damage of all GS too.   It basically has blue sharpness but with only 1 Handicraft, it will have white sharpness.   All Rajang weapons have minus Affinity, but GS can increase its Affinity to 100% easily.   Critical Draw, Attack Boost Lv.4, Affinity Increase from Augment Equipment will make its Affinity to exact 100%, so we can use this GS for Crit Draw build.     4. Armors 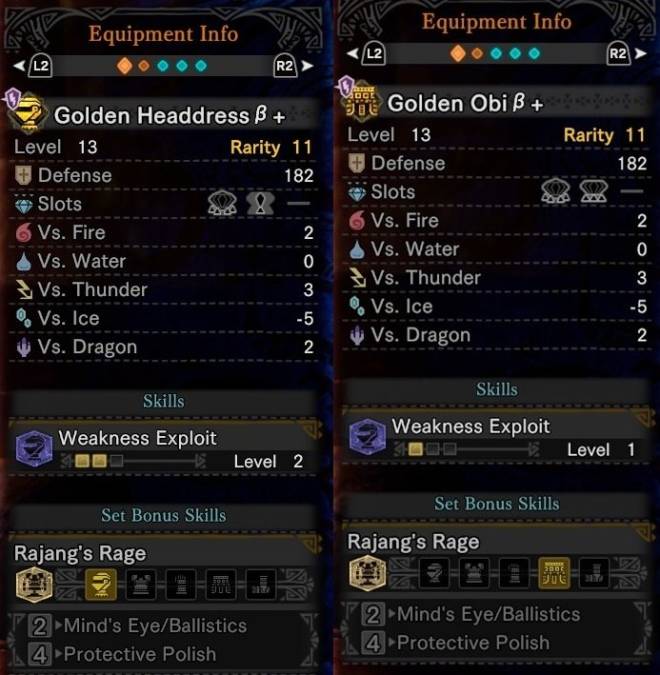