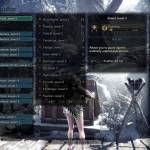 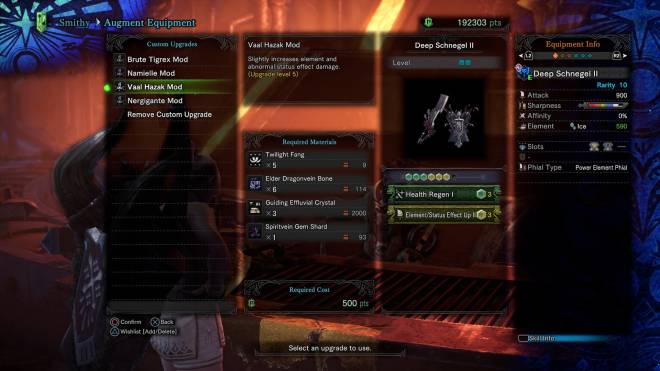 Since Deep Schnegel II is Rare 10, and doesn’t have its own weapon design, it means Deep Schnegel II is perfect for Augment Equipment.   Rare 10 weapon basically has 5 slots for Augment Equipment, can be increased up to 7 via Extra Slots upgrade. Once you add Health Regen there are still 4 more slots. You can add Element/Status Effect Up upgrade 2 times more. This boosts your Element Attack for 30 each.   Also, Deep Schnegel II has Custom Upgrades as well. You can add Mods which is “Slightly increases element and abnormal status effect damage”. Each Mod is Jyuratodus, Tobi-Kadachi, Rathalos, Black Diablos, Vaal Hazak Mod. Total Element Attack boost amount is 50. 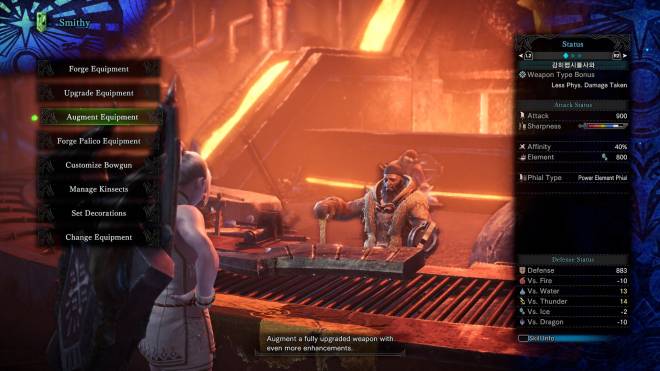 So let’s see. We already added 110 Element Attack more on Deep Schnegel II. It’s already 590 Ice Attack now. It can be boosted even more with Ice Attack skill. Maximum Element Attack in town is 800.   Namielle armors are the best for Power Element Phial Charge Blade. Set bonus skill of Namielle armor is “True Element Acceleration”, it activates if you continually attack a monster, increases elemental damage a lot.   I have no captured screenshot now, but sometimes my elemental damage is going to over 1,000. Against Diablos, the weakest monster against Ice, each Phial damage of Amped Element Discharge is over 270.

The most important skills are Ice Attack Lv.6 (5 is okay if you are not able to fully upgrade your charm), Focus Lv.3, Capacity Boost. Focus makes your Phial charge rate much faster, other 2 are related to boost your damage directly.   Added Guard Lv.1 for increase Guard Point level, Critical Eye & Weakness Exploit & Health Boost is typical Iceborne skills.   I have 3 Tenderizer/Vitality Jewel but if you don’t have enough, you can just remove Health Boost and add Weakness Exploit only.   I’ll add my play that hunts Zinogre & Glavenus in pub. I’m not a professional player so don’t mind about my many mistakes! XD 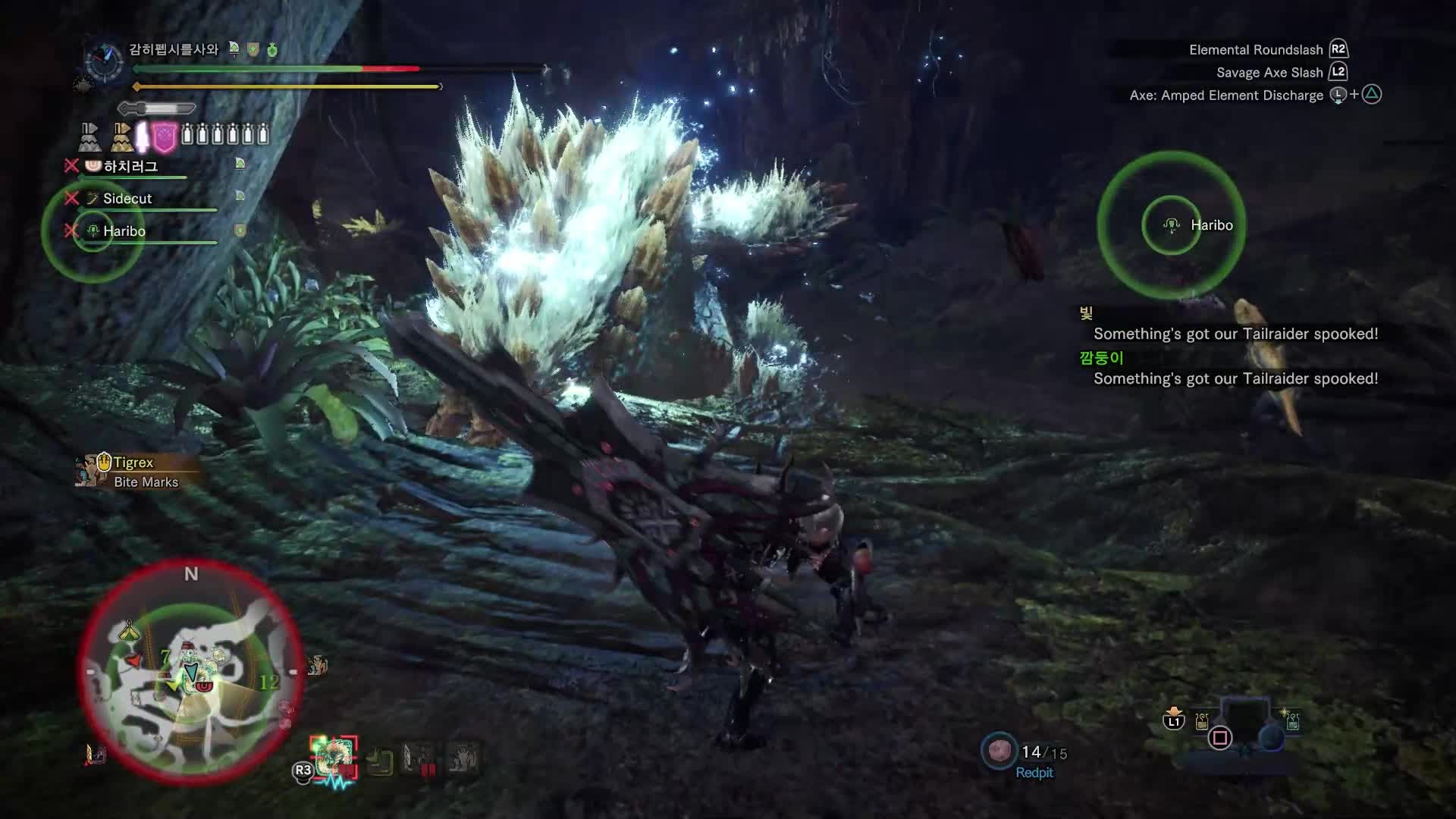