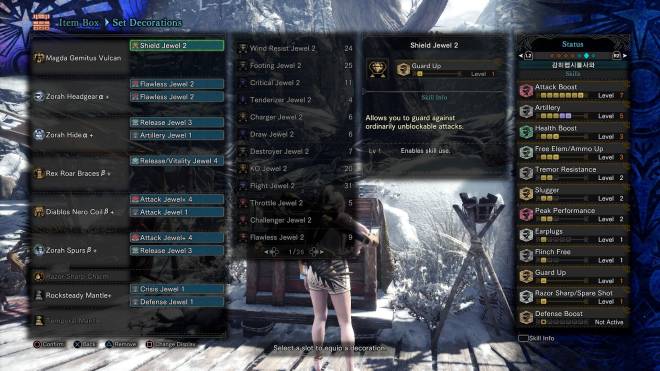 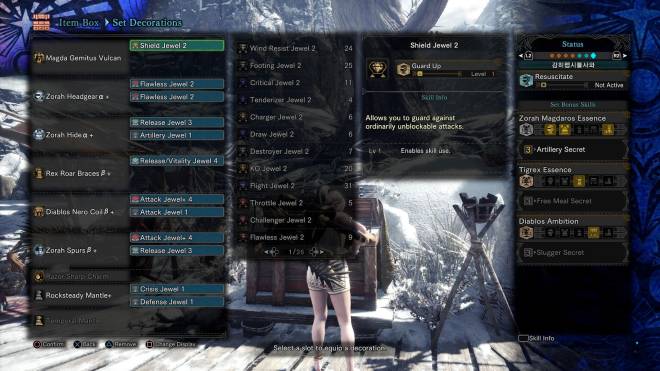 Early in The Guiding Lands, you'll have no Attack Jewel+ and Rex Roar Braces. Just put any jewels on those slots and change Rex Roar Braces to Diablos Nero or Rath Soul Braces.   3 pieces of Zorah armors will grant to Artillery's Secret, which raises the maximum level of Artillery skill. Zorah armors can be forged with The Guiding Lands Mining Outcrop & Bone Piles, don't need any rare materials, thus it's so easy to forge. These armors have a high defense so it will increase your survivability as well. 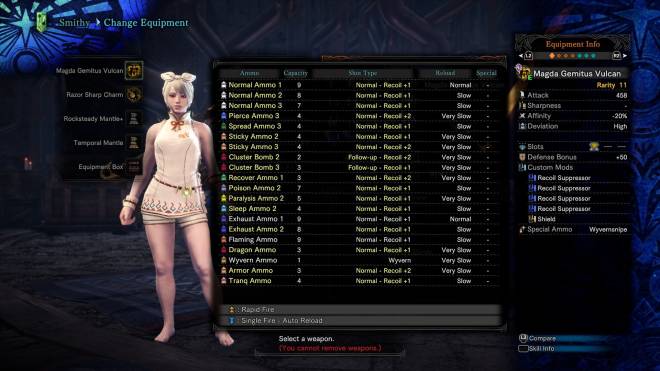 Now, look at the Ammo Info. It supports so many Ammo but what I must emphasize is Sticky Ammo, Cluster Bomb and supporting Ammo.   Let's see Sticky Ammo first. The main Ammo of Magda Gemitus Vulcan, basically it has Very High recoil, Very Slow reload. However, if you add 4 Custom Mods of Recoil or Reload, you can reduce one of them to Normal. My recommendation is Recoil because you're gonna equip Razor Sharp Charm. (It will also activate Spare Shot) Since we have Spare Shot, firing next Sticky Ammo without delay is more important than reloads without delay.   4 Recoil Suppressor also reduces the recoil of Cluster Bomb 3, Poison Ammo 2, Paralysis Ammo 2, Sleep Ammo 2 to Low, Cluster Bomb 2 to Average.   Sticky Ammo damage was boosted by Attack Boost, Peak Performance, and Artillery & Zorah Magdaros Essence. Damage of each Sticky Ammo 3 is 145 to 170, depends on the buff. It also inflicts stun very often with Slugger, thus it's very helpful in both solo-play and party-play.   Cluster Bomb, only for solo-play. DO NOT SPAM THIS IN PARTY-PLAY! With 4 Recoil Suppressor, Cluster Bomb's recoil reduced to Low so you can spam it really fast. Fire when the monster is stunned, paralyzed.   Paralysis and Sleep Ammo is also very important Ammo for this HBG. In Iceborne, some flying monsters are extremely annoying because of their non-stop flying. (Especially Shrieking Legiana, Rathalos, and most of all, Kushala Daora)   This 2 Ammo can stop them. Do not use your Paralysis and Sleep Ammo too early. Just spam Sticky Ammo until the monster gets enraged or flies. Shoot them down from the air when they're flying. It will give you and your party more time you deal with the damage.   Sleep Ammo is probably the most important Ammo during party-play. You cannot use a flinch shot when the monsters are enraged, but sleep status immediately removes the enrage state. You can use one or more flinch shots when the monster is sleeping. This is the biggest change to your party (also in the solo-play).   This is the video that I hunt Tigrex in Special Arena. You can watch how this HBG works. Thank you! 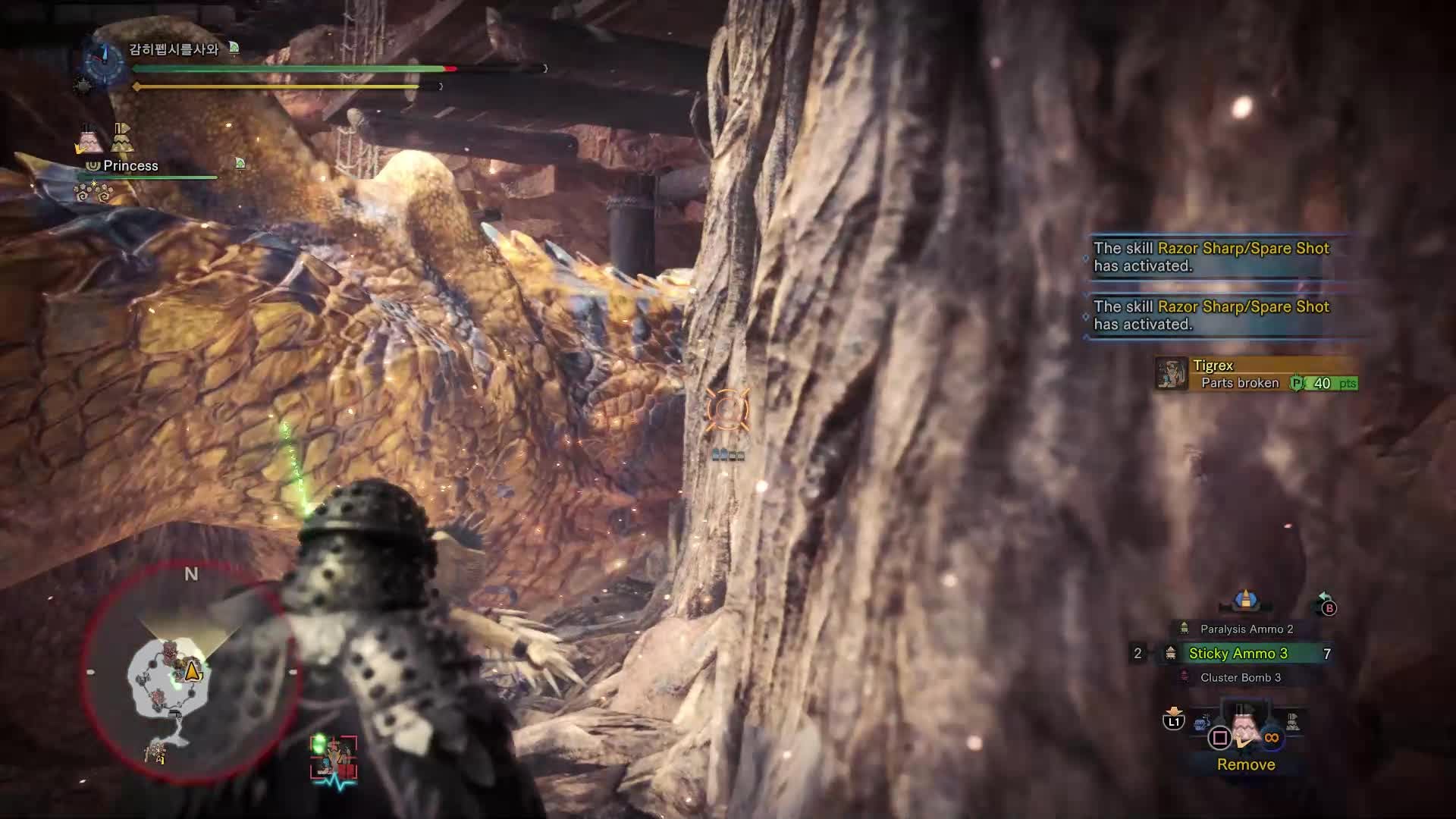