The Guide of The Guiding Lands Vol.1 - Basic Info

Hey, how’s your hunting?   Now many players are entering The Guiding Lands. But The Guiding Lands system is quite complicated to understand. There are so many materials, so many things to do, but the in-game description is not showing many details.   So let me introduce the system of The Guiding Lands. 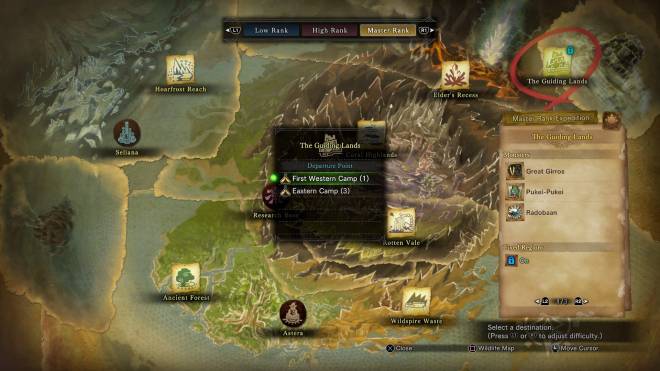 1) Basic Info   The Guiding Lands has Forest, Wildspire, Coral, Rotted region on the same map. You can enter The Guilding Lands after slaying Shara Ishvalda.   Each region has own level and it grows depends on your activity that gaining Research Points (Collect trails, hunt large monsters). When the level of the region grows, distribution of the monsters on that area grows as well.   Each monster has its own material that can only be obtained here. Augment Equipment and Upgrade Charms require those materials so you need to hunt all monsters in The Guiding Lands, no choice.   When you enter The Guiding Lands for the first time, you can only level up your regions until Lv. 4.   Once you reached MR 49 and cleared the Mission Quest, the maximum level of your regions will grow until Lv. 5. As the same process, Lv.6 at MR 69, Lv.7 at MR 99. 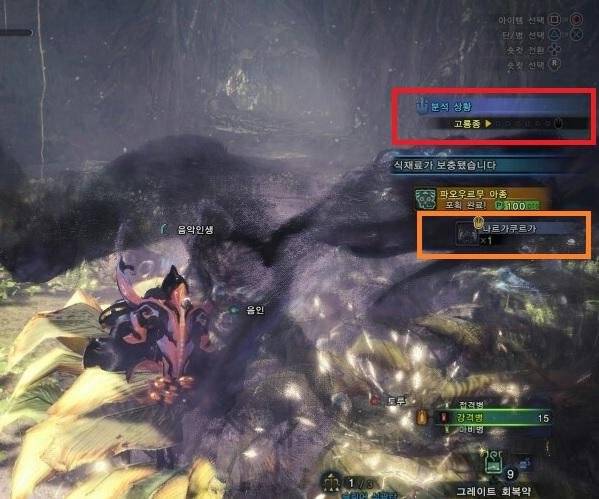 Now let’s see this screenshot from Korean community. You’ll see that red box while you’re hunting. That gauge in the red box is collecting lure. The lure gauge will appear when you do any activities that gain Research Points. Hunt large monsters have the highest possibility of getting lure gauge. Carve tail, parts broken also has possibility.   Now let’s see the orange box. That is a monster that you can lure out. When you fulfill the gauge or hunt tempered monster will give you a lure immediately. The result is random.   You and your party member will share all results. For example, if you hunt any tempered monster, then it will give a lure to all of you. It means you will get 4 lure at once if you hunt with a full party. You can lure monsters out with the lure that you’ve obtained. Each monster has their own region. If the monster has 2 or more region, you can select the region where you want to summon it.   Monster’s status depends on the area level that you summoned. For example, Zinogre can be summoned in the Forest and Coral region. Suppose that your Forest level is 2, Coral is 6. If you summon Zinogre in the Forest region, Zinogre is just normal Zinogre. But if he was summoned in Coral, he will be Tempered Zinogre. Normal and Tempered monsters have different materials so do not waste your lure.     Well, there is much more info about The Guiding Lands. I will post about them soon!