Hey, how’s your hunting?   It’s been 5 days since Iceborne was released. Only 11% of players have cleared Barioth, 3.8% of players have cleared Shara Ishvalda on PC.   I guess many players are now heading to over Brachydios & Tigrex step.   Last time, I’ve introduced early-game armors (Jagras, Kulu, Hornetaur) and they are quite useful. However, at this step, those early-game armors are not capable of taking damage anymore. Once you cleared Brachydios & Tigrex, your next opponent will be Velkhana (You’ll fight for a short time). Velkhana’s damage is too powerful to take it with early-game armors.   So I want to introduce some useful armors for mid & late-game to you. 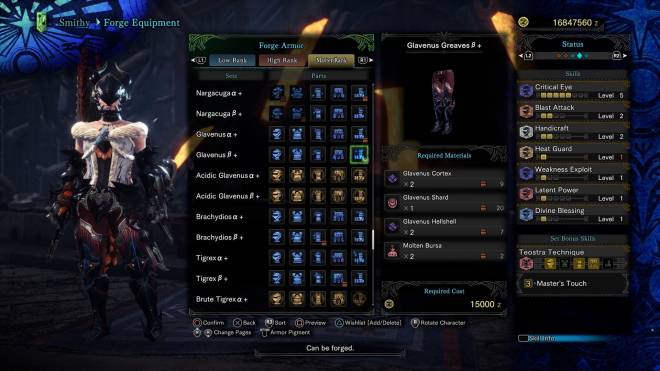 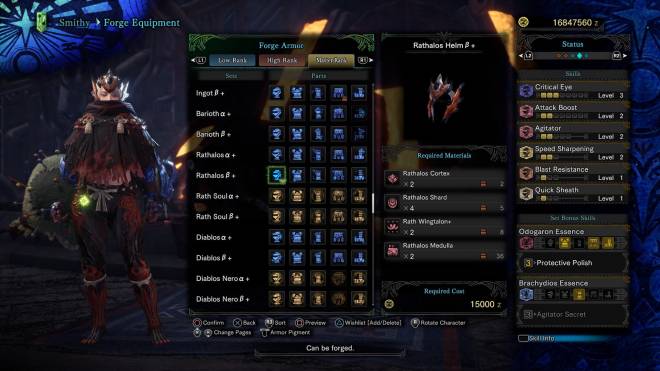 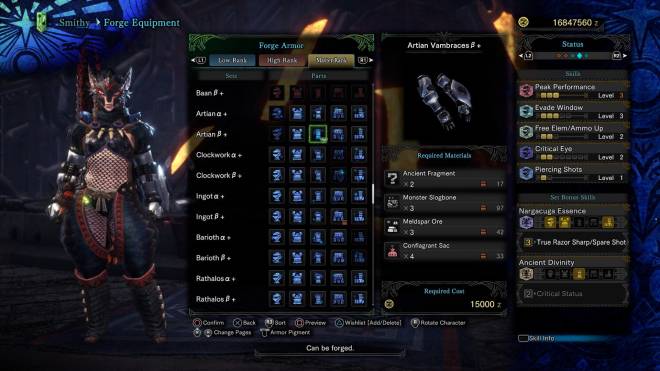 <Mid & Late-game - Gunner>   Head: Nargacuga Helm α+ Chest: Nargacuga Mail β+ Arms: Artian Vambraces β+ Waist: Odogaron Coil β+ Legs: Nargacuga Greaves α+   3 pieces of Nargacuga armors will grant True Razor Sharp / Spare Shot. It is a superior version of normal Razor Sharp / Spare Shot. In the case of Gunner, it has a higher percentage of trigger the skill so that you can spare more Ammo.   Two α+ armors of Nargacuga has less slots, but more Peak Performance level. At this time, you have no good 4 slot Jewels so I choose more Peak Performance level. Artian Vambraces grants you Free Elem / Ammo Up Lv.2. You’ll have more Bowgun loading capacity. If you’re a Bow player, you can change the Arms to others like Brachydios Braces or equip bows that require Free Elemental to unlock its Element.   Gunners have no better options until you enter the Guiding Lands so keep upgrade these weapons until the end.