How to hunt Barioth, the hardest opponent in the early-game

How’s your Iceborne on PC?   Some players have already reached the Guiding Lands, but most of us are still playing the main scenario steps.   There are many difficult monsters in Iceborne, but probably Barioth is one of the most difficult monsters of all. 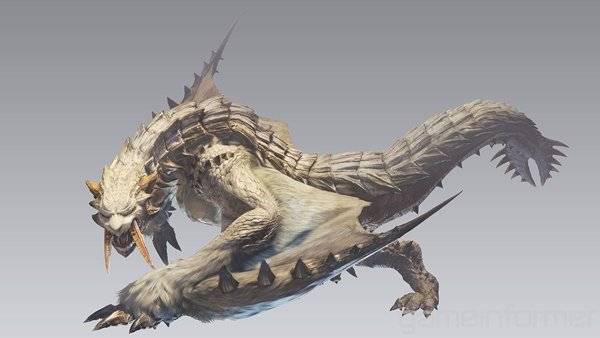 You will face Barioth after slaying 3 subspecies monsters, Coral Pukei-Pukei, Viper Tobi-Kadachi, Nightshade Paolumu.   Unlink these 3 monsters, Barioth is way faster, way stronger. He almost has no delays between each attack, firing breath, even flies.   To defeat Barioth, you must use Clutch Claw Actions like wounding, flinch shot.   The first thing you should do to hunt Barioth is, break its wings. Once one of any wings are broken, Barioth will tumble on the road after his attacks. This gives you a huge chance of dealing with damage so this is not optional, but essential.   But Barioth’s wings are so hard to deal with heavy damage, even weakness exploit doesn’t affects. To deal with some damage to Barioth’s wings, we need to wound it first. Clutch to Barioth and weapon attack will cause wounds for 90 seconds and makes the part softer. 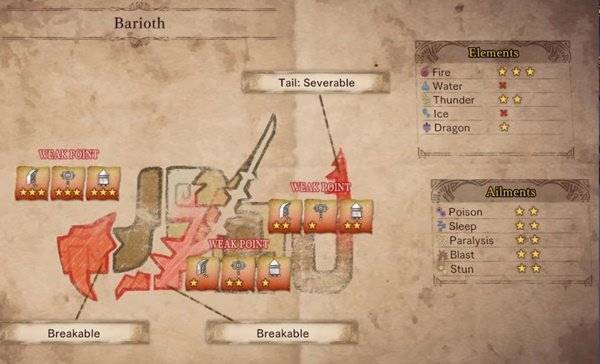 Once its wings are broken, Barioth will be stunned and he will tumble after the attacks. His attacks are still powerful, but you’ll have many chances to deal with damage.   You’ll face him on wide-field so lure him near any walls so that you can you flinch shot as well. Clutch on his face and shot all slingers when he’s not raged, push him to the walls then he will get stunned. If you did not break his wings yet, this is the biggest chance to do it.   Barioth’s most dangerous attack is high jump. You cannot guard this attack even though you have Guard Up skill. When you see that he’s preparing for the high jump, roll aside immediately or you will lose most of your health and get bound.   Barioth is like Anjanath in MHW. This monster will be the hardest opponent for most of the players, so prepare yourself before you face him.

I recommend you not to take to slow weapons like GS or Gunlance. Of course, skilled players can hunt Barioth with any weapons, but if you are facing him for the first time, you would have so hard time to even just hit him.   My recommendation is Hammer. Hammer has fast move speed, can wound monsters at once, inflicts stun. The first stun will come after full charge attack → Clutch combo → Weapon attack. So wound Barioth’s wings before it, and focus wounded wing when he gets stunned. The wing will be broken before you wake up.   Long Sword is also a good option, but it needs to clutch twice to wound monsters.   Be prepared before Barioth, and Happy Hunting!