How to unlock Raider Ride in Hoarfrost Reach 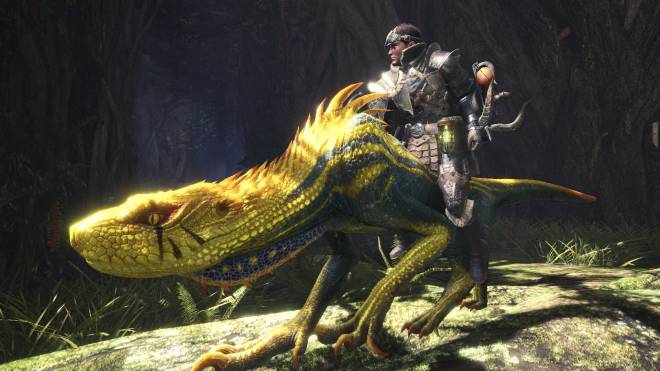 One of the new features coming out with Monster Hunter World: Iceborne is called the Raider Ride.   Of course, you can call the small monsters to ride in a new region, Hoarfrost Reach. Hoarfrost Reach is even larger than Ancient Forest. Without Raider Ride, you’ll spend a lot of time just walking on the snow land.   But there’s a process to unlock Raider Ride.   You should ensure that you’ve cleared Grimalkyne Tribes quests below.   Bugtrappers (Ancient Forest), Protectors (Wildspire Waste), Troupers (Coral Highlands), Plunderers (Rotten Vale), Gajalaka (Elder’s Recess). 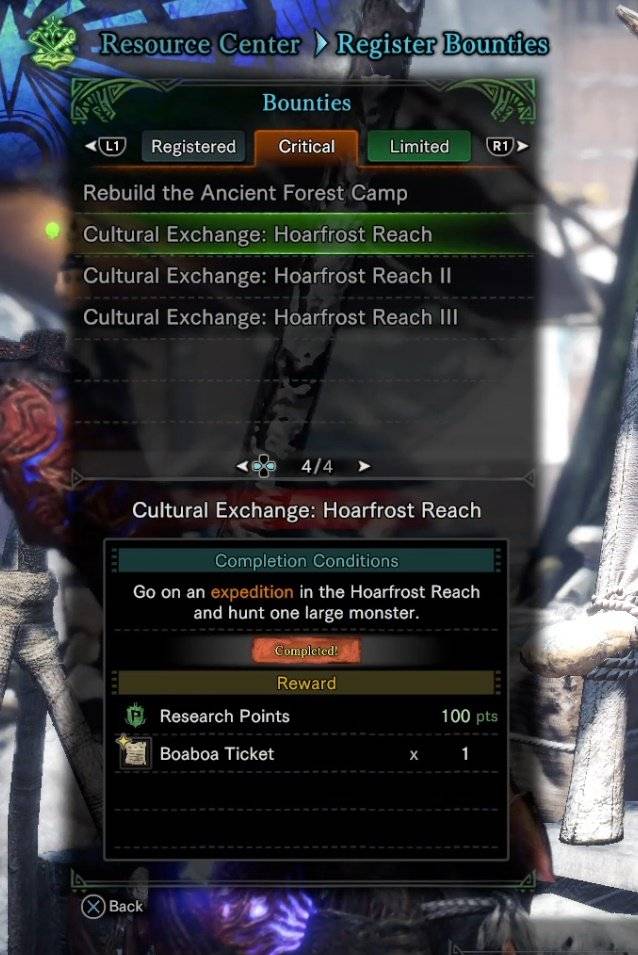 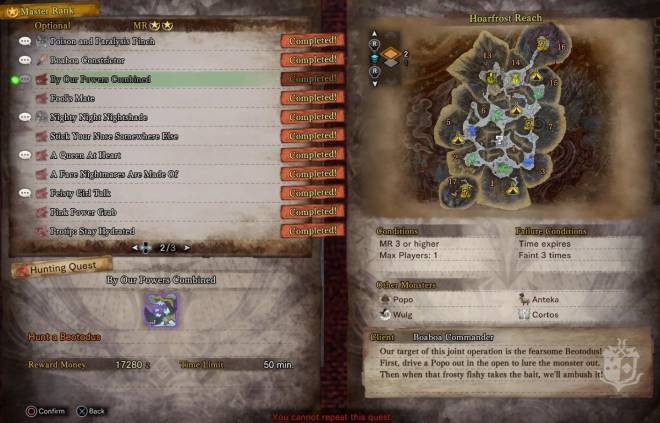 This quest called ‘By our powers combined’, which is hunt a tempered Beotodus. Boaboa assists you to hunt a Beotodus and anyway Beotodus is the weakest monster in Hoarfrost Reach, so it won’t be that hard even the monster is tempered level.   Once all these steps are done, the Raider Ride in Hoarfrost Reach will be unlocked. 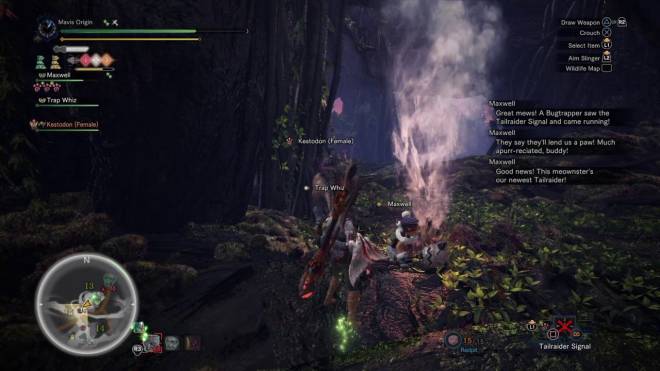 Not Raider Ride is the only reward from this quest. You will also acquire Tailraider Signal, Palico equipment. This is not like Palico Gadget. Unlike other Palico Gadget (Vigorwasp Spray, Flashfly Cage, Shieldspire, Plunderblade, Coral Orchestra, Meowlotov Cocktail), Tailraider Signal can be equipped at the same time with one of these Gadgets.   Once you ask your Palico to use Tailraider Signal, Palico will set up something like a smoke bomb. After a short second, Grimalkyne will join your party with his riding monster. This makes your solo-play as a full-party play. You & your Palico, Grimalkyne and his riding monster will hunt monsters together.   Grimalkyne’s equipment depends on what tribes they are. For example, if the Grimalkyne is Protector, they will come with Kestodon and use shields to block the attacks. If the Grimalkyne is Coral Orchestra, they bang the drums to give some buffs. Tribes depend on the environment (Only Coral Orchestra appears in Coral Highlands, Plunderer appears in Rotten Vale, etc), but in Guiding Lands, it will be chosen randomly.   There is one more effect in Hoarfrost Reach. If you called Boaboa via Tailraider Signals, wild Boaboa will not attack you unless you attack them first.