I'm sure we all had suspicion, yeah? After talking to her for a while, I picked up quite a bit against her. http://moot.us/@lildedbih This is what I had: 1. She goes by Ari on Discord and Moot, not Janet, maybe Ari is the real name of the catfish? 2. My friend played Apex with her and she refused to speak the entire time, kept making excuses to why she couldn't. 3. Lied about her "skill" in Apex. She told me she was new, level 120+, holding your weight is not new. 4. Her name is 'xoxo' on Discord, she has been buying nitro for quite a while but there has never been any indication that this is Janet. The names I've seen were only ever Ari and xoxo. This saying, its the catfish's Discord, she just pretends to be Janet with Mooters. 5. Some things she's told me didn't add up to what Janet's stories were. 6. Shes always making excuses for things or ignoring the question 7. They don't even talk the same 8. She's been refusing to take a picture for us to prove she's real 9. I asked her to follow some of my friends, she told me to email her and she can. When I asked her why, she told me that it needs to go through business. 10. I believe the person behind this is actually a girl, just not Janet. And some of those reasons back this up 🤷🏻‍♀️ +More This is what I got in the end: (Yes this is the real one) 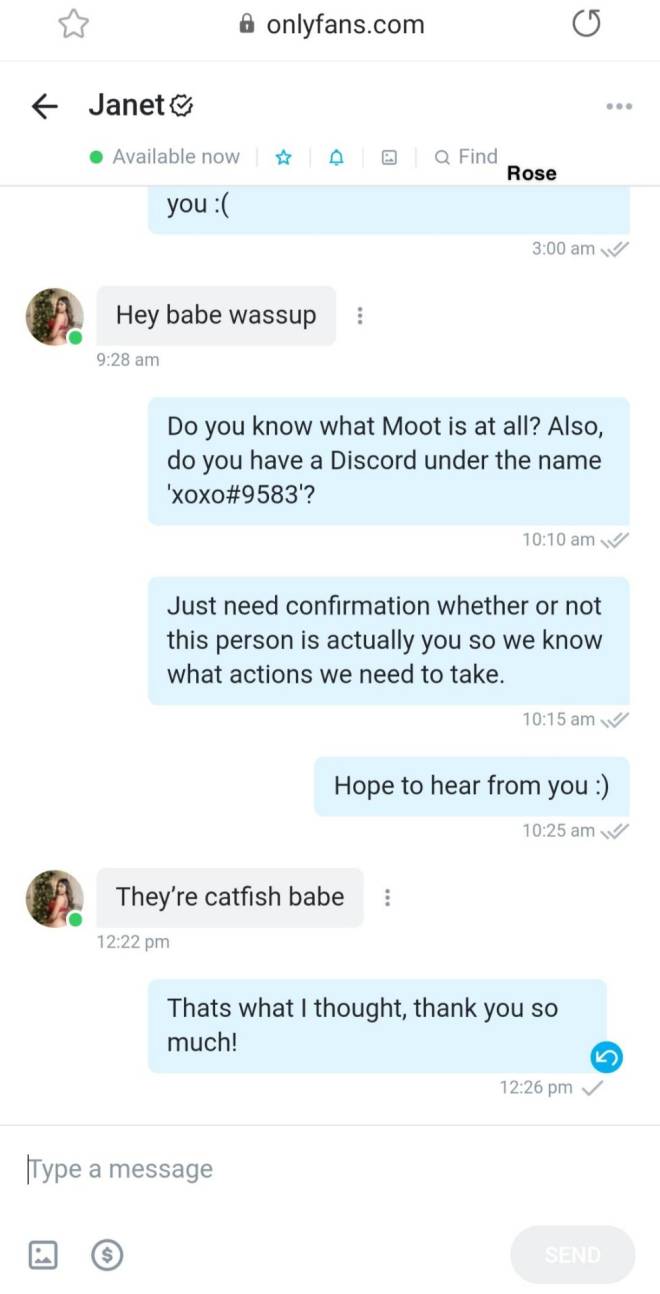