Hey guys, as most of you know my dad works at Nintendo and I was able to get an early copy of a new game coming out called Big Chungus Infinite. This game is gonna be revealed in a Nintendo Direct next month and is gonna release April 20th. I’m probably only gonna keep this post up for a few hours because I don’t wanna get in trouble for leaking but be on the look out for an announcement soon. I’ll try to reveal some more upcoming games soon. (This is not a joke. Hate comments will be getting deleted.) 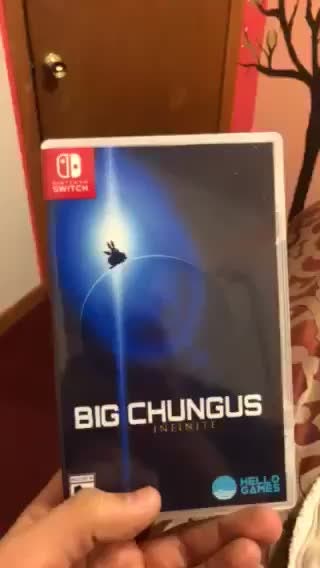