So today we are focusing on these wonderful people 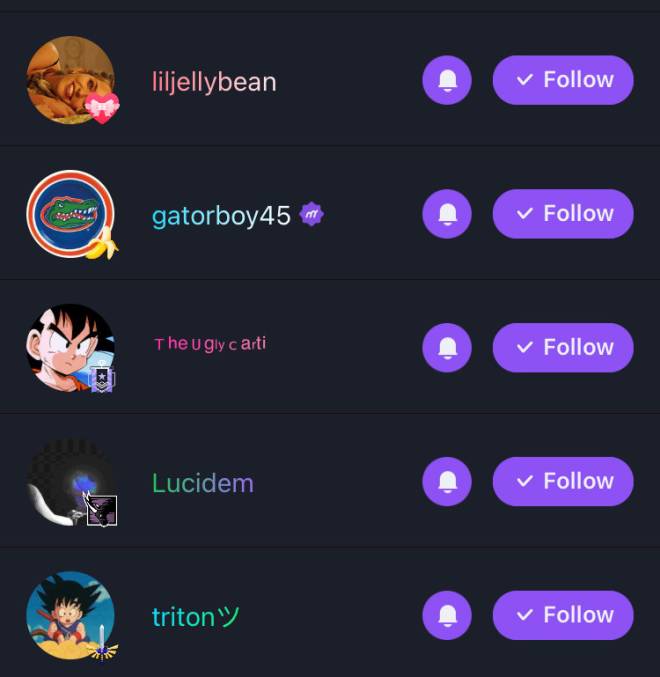 Triton: Such a fun loving and super nice guy. He originally set out to be the most followed person with only comments...with one exception of course. But he was such an awesome guy and one of my best friends here Lucidem: Lucidem was a mod that I wasn’t really friends with really...but I thought he was really cool. And if I remember correctly I think we did talk a little bit about his mental health and I checked out for him. He’s a really nice guy TheUglyCarti: Such a nice fuckin guy. Absolutely so nice and one of my favorite people here. I always thought he was a little too obsessed with anime...but then again look at me now lol Gatorboy: Again, such a nice and pure guy. It’s sad that a few times people started to make rumors about him, he’s such a nice guy. And I like to think we were friends Jellybean: Probably the sweetest person that has ever been here. Such a good friend to everybody That’s all for now...stay tuned... #leaf64