My Five: 'Dark' Anime Recommendations In No Specific Order (READ THE WARNING)

WARNING: To clarify what I mean by 'dark', I'll elaborate. 'Dark' is an unofficial genre of anime, usually consisting of Seinen, Action, Supernatural, Psychological, Horror, Philosophical & Slice of Life. Most of these Genres on their own are fine, but when they're combined, be careful. Too much of these shows at once will leave you questioning your stance on life. That said, these 'dark' anime will normally cover at least a few unsavoury topics such as infanticide, the effects of war, domestic abuse, sexual assault, serial murders, etc. These shows are not for children, nor the wek of heart. I'll say it again because I don't want to scar anybody. ⚠️⚠️⚠️THESE SHOWS ARE NOT FOR CHILDREN, NOR THE WEAK OF HEART!⚠️⚠️⚠️ #1 Tokyo Ghoul (By Sui Ishida) 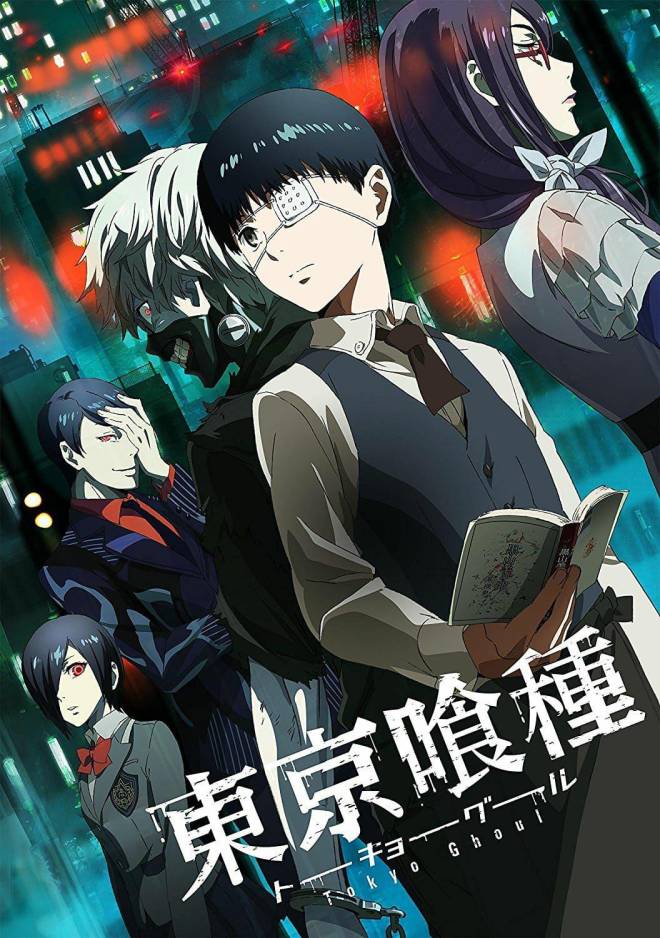 Order: Tokyo Ghoul -> Tokyo Ghoul √A (Root A) -> Tokyo Ghoul: Re -> Tokyo Ghoul: Re Season 2 SUMMARY: Tokyo has become a cruel and merciless city—a place where vicious creatures called “ghouls” exist alongside humans. The citizens of this once great metropolis live in constant fear of these bloodthirsty savages and their thirst for human flesh. However, the greatest threat these ghouls pose is their dangerous ability to masquerade as humans and blend in with society. Inspired by Franz Kafka's novel, Metamorphosis, Tokyo Ghoul follows Ken Kaneki, a shy, bookish college student, who is instantly drawn to Rize Kamishiro, an avid reader like himself. However, Rize is not exactly who she seems, and this unfortunate meeting pushes Kaneki into the dark depths of the ghouls' inhuman world. In a twist of fate, Kaneki is saved by the enigmatic waitress Touka Kirishima, and thus begins his new, secret life as a half-ghoul/half-human who must find a way to integrate into both societies. #2 Higurashi: When They Cry/Higurashi no Naku Koro ni (By Ryukishi07) 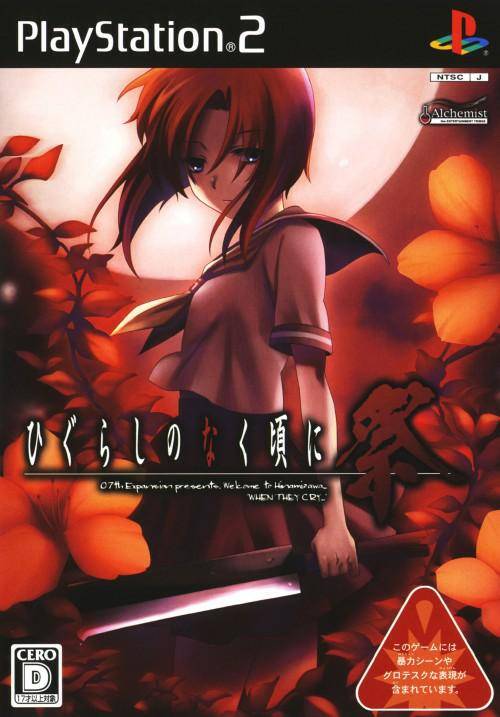 Order: Higurashi: When They Cry/Higurashi no Naku Kori ni -> Higurashi: When the Cicadas Cry/Higurashi no Naku Kori ni Kai Originally a murder mystery video game, Higurashi was adapted into a light novel and then finally an anime, so there are different routes and endings that the anime covers. Try not be put off by the dead characters reappearing every new arc. SUMMARY: Keiichi Maebara has just moved to the quiet little village of Hinamizawa in the summer of 1983, and quickly becomes inseparable friends with schoolmates Rena Ryuuguu, Mion Sonozaki, Satoko Houjou, and Rika Furude. However, darkness lurks underneath the seemingly idyllic life they lead. As the village prepares for its annual festival, Keiichi learns about the local legends surrounding it. To his horror, he discovers that there have been several murders and disappearances in the village in the recent years, and that they all seem to be connected to the festival and the village's patron God, Oyashiro. Keiichi tries to ask his new friends about these incidents, but they are suspiciously silent and refuse to give him the answers he needs. As more and more bizarre events occur, he wonders just what else his friends might be keeping from him, and if he can even trust them at all. #3 Future Diary/Mirai Nikki (By Sakae Esuno) 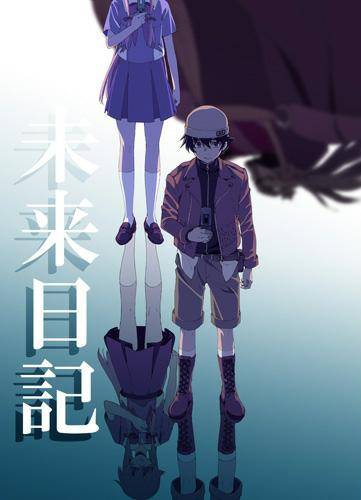 Order: Future Diary/Mirai Nikki -> Future Diary: Redial/Mirai Nikki: Redial SUMMARY: Lonely high school student, Yukiteru Amano, spends his days writing a diary on his cellphone, while conversing with his two seemingly imaginary friends Deus Ex Machina, who is the god of time and space, and Murmur, the god's servant. Revealing himself to be an actual entity, Deus grants Yukiteru a "Random Diary," which shows highly descriptive entries based on the future and forces him into a bloody battle royale with 11 other holders of similarly powerful future diaries. With the last person standing designated as the new god of time and space, Yukiteru must find and kill the other 11 in order to survive. He reluctantly teams up with his obsessive stalker Yuno Gasai (who also possesses such a diary), and she takes it upon herself to ensure his safety. But there's more to the girl than meets the eye, as she might have other plans for her unrequited love... #4 Elfen Lied (By Lynn Okamoto) Order: Episodes 1-10 -> OVA Episode 10.5 -> Episodes 11-13 SUMMARY: Lucy is a special breed of human referred to as "Diclonius," born with a short pair of horns and invisible telekinetic arms that lands her as a victim of inhumane scientific experimentation by the government. However, once circumstances present her an opportunity to escape, Lucy, corrupted by the confinement and torture, unleashes a torrent of bloodshed as she escapes her captors. During her breakout, she receives a crippling head injury that leaves her with a split personality: someone with the mentality of a harmless child possessing limited speech capacity. In this state of instability, she stumbles upon two college students, Kouta and his cousin Yuka, who unknowingly take an injured fugitive into their care, unaware of her murderous tendencies. This act of kindness will change their lives, as they soon find themselves dragged into the shadowy world of government secrecy and conspiracy. #5 Akame Ga Kill! (By Takahiro) 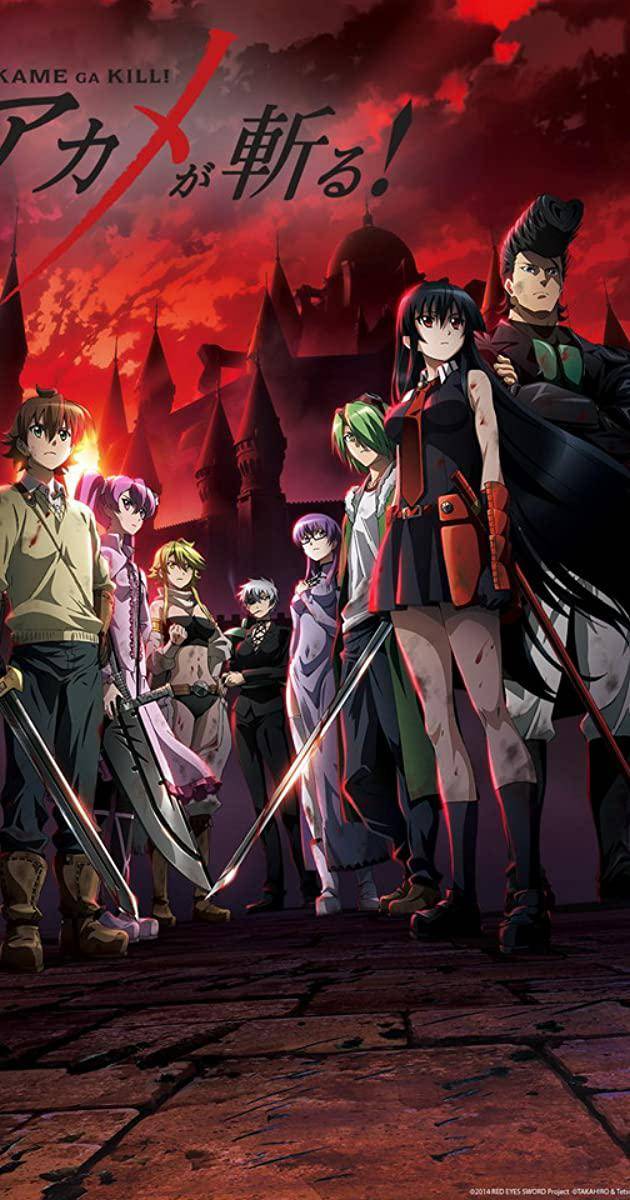 Order: None Night Raid is the covert assassination branch of the Revolutionary Army, an uprising assembled to overthrow Prime Minister Honest, whose avarice and greed for power has led him to take advantage of the child emperor's inexperience. Without a strong and benevolent leader, the rest of the nation is left to drown in poverty, strife, and ruin. Though the Night Raid members are all experienced killers, they understand that taking lives is far from commendable and that they will likely face retribution as they mercilessly eliminate anyone who stands in the revolution's way. This merry band of assassins' newest member is Tatsumi, a naïve boy from a remote village who had embarked on a journey to help his impoverished hometown and was won over by not only Night Raid's ideals, but also their resolve. Akame ga Kill! follows Tatsumi as he fights the Empire and comes face-to-face with powerful weapons, enemy assassins, challenges to his own morals and values, and ultimately, what it truly means to be an assassin with a cause. BONUS ANIME: Goblin Slayer (By Kumo Kagyu) Order: Goblin Slayer -> Goblin Slayer: Goblin's Crown SUMMARY: Goblins are known for their ferocity, cunning, and rapid reproduction, but their reputation as the lowliest of monsters causes their threat to be overlooked. Raiding rural civilizations to kidnap females of other species for breeding, these vile creatures are free to continue their onslaught as adventurers turn a blind eye in favor of more rewarding contracts with larger bounties. To commemorate her first day as a Porcelain-ranked adventurer, the 15-year-old Priestess joins a band of young, enthusiastic rookies to investigate a tribe of goblins responsible for the disappearance of several village women. Unprepared and inexperienced, the group soon faces its inevitable demise from an ambush while exploring a cave. With no one else left standing, the terrified Priestess accepts her fate—until the Goblin Slayer unexpectedly appears to not only rescue her with little effort, but destroy the entire goblin nest. As a holder of the prestigious Silver rank, the Goblin Slayer allows her to accompany him as he assists the Adventurer's Guild in only goblin-related jobs. Together with the Priestess, High Elf, Dwarf, and Dragon-kin, the armored warrior will not rest until every single goblin in the frontier lands has been eradicated for good.