How to get started in Assasin's Creed: Valhalla. 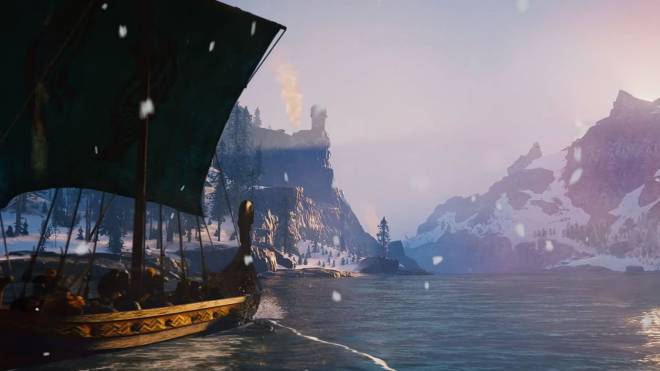 Assassin’s Creed: Valhalla is a sprawling, massive world to explore and it can honestly be a bit overwhelming when you start off the game. You’re given little direction on how the game world works and the only thing you’ve got to go on is a quest marker. I can tell you right now, you need to do a whole lot more than just follow the quest markers when you begin your journey in Norway. In fact, it should be damn right required considering how scarce the loot system is this time around. I have some advice for how you can make the opening hours less of a struggle in this gargantuan RPG.   Get those gold orbs 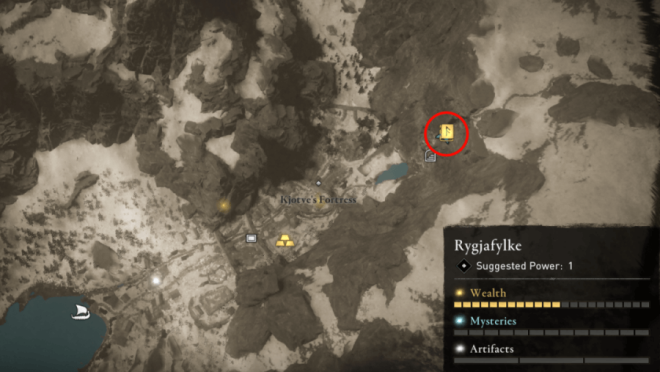 It doesn’t seem like the random icons of an Assassin’s Creed game would ever be that important other than side activities, but here they are integral to actually having fun. Among these gold, orbs are materials(boring), new weapons (now we’re talking), and….abilities?! That’s right, your abilities are now strictly tied to being found rather than earned through experience. This can be a bit confusing because your skill grid has things on it that basically qualify as abilities as well but those are classified as passive abilities rather than active ones….stay with me here. At the start, you’re given zero abilities and you’re forced to rely on the somewhat clunky combat especially when it’s relegated to dual-wielding axes. The first place we’re going to find an ability if we’re going through the story is at the waterfalls behind Ktjove’s fortress. It’s a pain in the ass to get and it almost seems like the game doesn’t want you there, but that’s where we’re going to find an ability that lets us tackle an enemy and then alternate punches until a final headbutt finishes them off. Trust me when I say this will kick combat into a whole other level of fun.   The other gold orb we’re going to need is the two-handed ax, Bone-biter. Its location is here 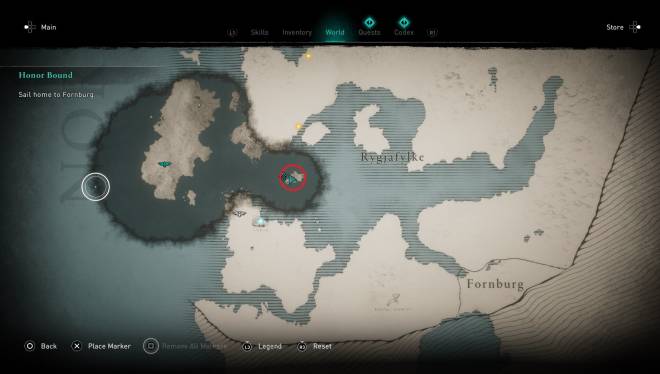 and it unleashes the brutality of Viking combat that I personally feel is missing with the two handed weapon. The main upgrade here is the haptic feedback on your swings which lends an impact on furious swings. The finisher moves are incredibly brutal and the second I got my hands on this baby I started enjoying the game a whole lot more.   Check out the world events 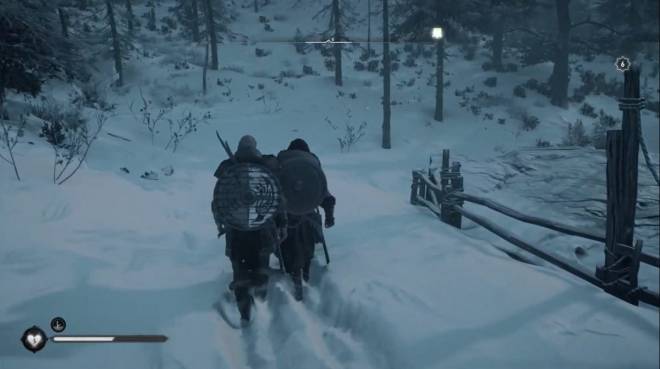 So, the way Valhalla handles side missions is a bit different than you’re used to. You still have to go out of your way to find them, but the little blue orbs on your map will be where you go for these. Many of them are quite short and honestly kind of stupid, but the key to these is the skill points you’re granted when you complete them. You’re going to need these to start filling out your daunting skill grid and while it can be a bit lame to see incremental stat increases at the start, after a few of these you’ll be upgrading to get the stomp attack, which is basically Valhalla’s version of the spartan kick from Odyssey. The tough thing about world events is you have no idea what’s going to be involved when you start it. You could embark on an interesting mission with some clever misdirects or you could end up just finding a key to open a chest somewhere, it’s pretty random and I guess that’s the point, but having not experienced all of them yet, I can at least say there are some very clever offerings at the moment.   It’s unfortunate the game isn’t forthcoming about how important these icons are as to me, they’re integral to the very enjoyment of the game, so I hope these tips help you get more into the game at the start.   So, what do you think? What were your methods to start the game? Let’s talk about it below!