Where Assassins Creed: Valhalla Gets it Right 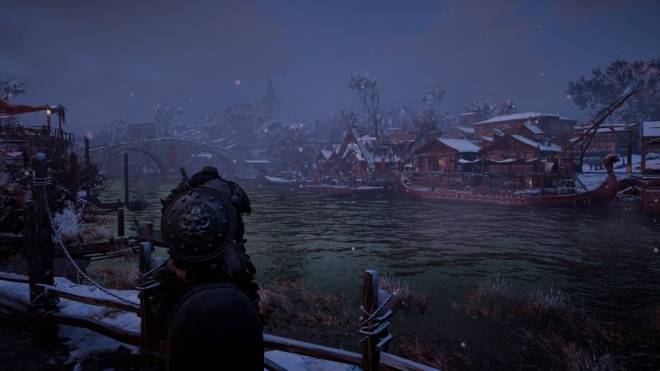 Assassin’s Creed has been around for over a decade and has tons of titles to its resume. Over the past few years though, the shift has gone from a stealthy game about assassinating important and discovering the mysteries involved in the modern-day doings of Abstergo to a massive open-world structure based around main quests and side quests in the vein of The Witcher 3. This has been incredibly divisive in the gaming community with the releases of Origins and Odyssey. Personally, I wasn’t too into Origins because I didn’t connect with the main character Bayek’s motivations and anger towards anyone that disrespected the gods. Odyssey gripped me more, though the bloat and grind of the gameplay eventually wore on me and I finished more out of need than want. Assassin’s Creed: Valhalla is here now, and like clockwork, I decided to give it a go. 30 hours later I am thoroughly hooked on what may be my favorite Assassin’s Creed game ever. With 10+ titles to boot, that’s saying something, let’s explore why.   Characters 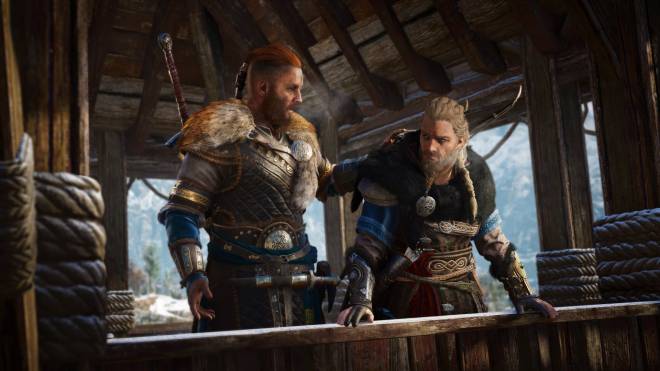 The first thing that jumped off the screen to me with this game were the characters. Right away, you’re introduced to several engaging personalities with your kind of brother Sigurd being one of the standouts. You may think that’s the main core you’re going to get, but oh man are you ever wrong as the cast grows and grows until you have a hard time remembering who is who. This helped create a feeling of synergy within the world and this feeling only increases when the allies you support end up either visiting taking up permanent residence in your settlement in England. While there are no main villains to speak of, the various motivations of different characters are very intriguing and rarely are black or white like the enigmatic Ivarr. The star of the show thankfully, is Eivor, aka you. Eivor forgoes the typical screaming Viking character and instead brings warmth and soul to what could’ve been a very one-sided character. Eivor is damaged from a traumatic event and although he’s as dangerous as any of his clansmen, he seeks to resolve conflict in any way he can, so that means violence isn’t always the option. Most Assassin’s Creed characters felt like errand boys to me, which worked at times because they were just pawns in larger conflicts, that’s not the case here though. Eivor is one of the leaders of his clan and his responsibility for the lives of his people for generations going forward weighs heavily on the gameplay and gives weight to the tasks you’re performing which is in stark contrast to say Odyssey’s Kassandra who was a legendary Misthios (mercenary) who often was tasked with menial tasks like finding a special stone somewhere. Here, it’s weightier issues like where will your people live, how will they survive, and who will their allies be.   World 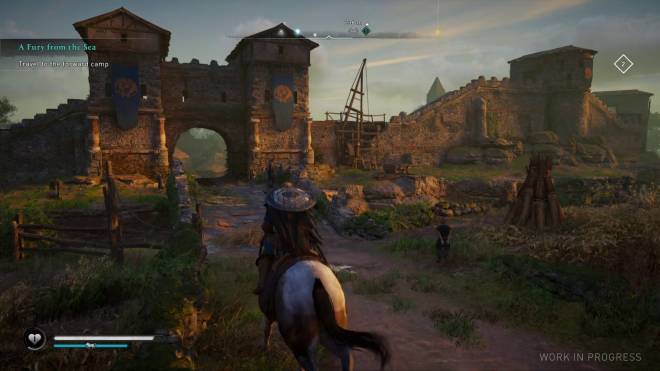 One point of contention with Assassin’s Creed as of late has been the way the game world works. Usually, the map is littered with endless sidequests and it never felt like you were making any real progress on anything. In Valhalla, it’s much different. There are effectively no sidequests and instead, side stories that play out alongside the main quest. Most of the time, you aren’t even sure if you’re doing a main quest or a side quest and that’s honestly the way it should be. The side quests are replaced by world events, which are short little side stories that happen throughout the map that are signaled by little blue markers. These stories are meant to reflect the short stories in Viking literature that can either be extremely tragic or surprisingly funny. The atmosphere here is key though and conveys a constant sense of both wonder and hopelessness. The aesthetic is very similar to something you’d get on the show Vikings, so it’s safe to say they nailed it there. The scenery is just gorgeous to look at as well with some varied locales like snowy mountains, vast swamps, and incredible fields of green. This is all explored on your longship with a crew and thankfully, the crew is ACTUAL characters this time and not just blank-faced NPC’s who hitch a ride. This goes a long way towards making your journey feel epic and important.   Personality 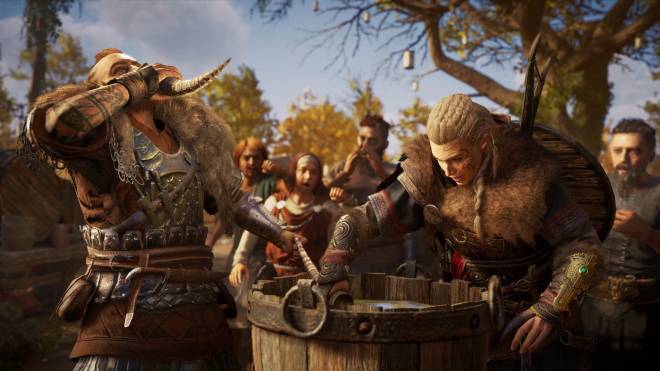 When people think of Vikings, they think of raiding and murdering and hulking battle axes surrounded by blaring horns. Well, that’s all here in Valhalla and although the combat is a bit slower here than past games, the feeling of power and weight in it has never been more accurate. Battle Axes cause serious haptic feedback when being buried in your opponent's skulls and the finisher animations have never been more brutal. This brutality extends to the abilities as well which have some incredibly physical attacks to add to your moveset as well as some creative ranged maneuvers as well. That grit oozes into both the story and sidequests here and it’s a huge leap away from Odyssey which was basked in sun constantly. This is a dark world that’s on the verge of war and your impact on it feels real. The settlement is probably the best expression of the personality of this game because when it starts to grow, you’ll feel it. You’ll notice the increase in NPC activity there and it feels like you’re creating an economy and actually doing the thing you came to England to do. Even the more mystical part of the game doesn’t feel out of place at all considering how close Vikings were with the gods they believed in. 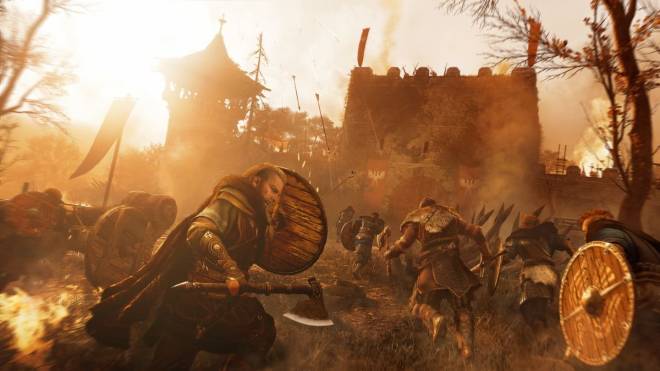 (Yes it can actually look that good at times)   I apparently am not even halfway done through Valhalla, but if things keep on ramping up in stakes and intensity, I can’t see any reason why this won’t stand in the pantheon of not only Assassin’s Creed royalty but as one of the better western RPGs of this era.   So, what do you think? Has Valhalla been everything you wanted out of an RPG or an Assassin’s Creed game, or has it left you wanting? Let’s talk about it below!