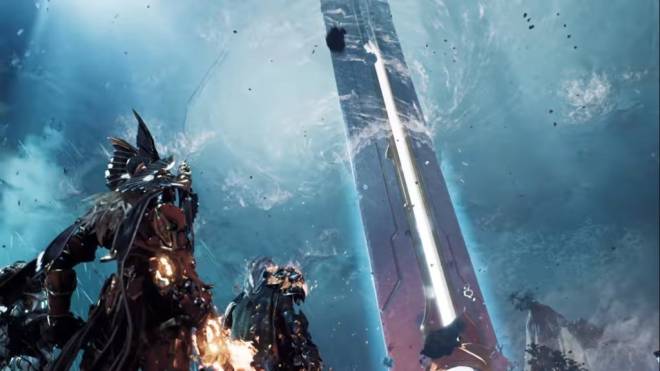 I need an answer to what has become a very relevant question over the past 6 years in the gaming community. Why does every game that involves shiny, futuristic suits in a sci-fi world come out to be such absolute shit on launch? Don’t believe me? Destiny, Destiny 2, Anthem, Mass Effect: Andromeda, hell, you could even throw Warframe in that it was dull as dirt for few years before Second Dream came out and showed everyone what it was capable of, which was followed by several game changing additions that make it among the best content a free to play game has ever seen to this day. Godfall has now added itself to that list of shiny, shallow bullshit. I wonder if it’s that the developers think we as gamers, will see the spectacular graphics and be hypnotized into loving it. Is that what developers think? That we see pretty and need nothing else? Why is it that the grittiest looking titles are always the most successful then? It’s not just about graphics, it’s about substance, and considering the less than favorable reviews, it was clear that Godfall thought you’d be hypnotized by its pretty dress.   That clearly hasn’t been the case, so what’s next for PS5 Godfall that got the hype train treatment? Some obvious changes need to be made in order to get this to a respectable level for a title like this, but several things need to be added to make it great. Here’s what I’ve got.   Mission Design I get that souls-like games are now a permanent fixture in the videogame industry and I’m fine with that, but for the love of God can people be a little creative in their execution of it? Since the beginning of the gaming industry, we’ve been fighting our way through levels to get to a boss, but with this souls-like genre appearing, most companies think that just the enemies and the bosses make the game. That’s not the case for the successful titles like The Surge 2 for instance, which takes the souls-like formula and completely spins it into its own thing with unique fighting systems and a massive, sprawling world to explore with side stories and intrigue at every turn (if there is a more underrated game over the past two years let me know what it is). Godfall however, thinks that these Hunt missions will be enough to satisfy us even though it constantly requires trips to the SAME EXACT LOCATIONS.   I don’t think it’s a lot to ask from a $70 game to have more than three environments to explore. This is made all the more pathetic by the fact that the environments are air, water, and earth, yet a fire-based enemy appears in one of those environments making you think….where’s that fire realm at? It comes off as lazy and forces you to either fall in love with the combat or realize you wasted $70 when you could’ve just got Demon’s Souls for the same experience but in a 10 times better and prettier package.   Endgame 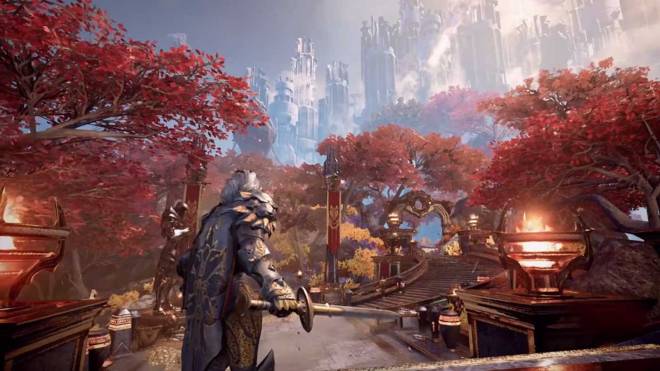 This was hyped up as the big selling point of Godfall. There’s just one problem when you title something endgame content. It has to be different than the main game content. This is yet another concept that Godfall sucks at delivering on. They really buried themselves here with this one as the 3 environments are just that. There is no endgame special areas or anything like that to keep you playing for months down the line. Dreamstones is the big selling point and do you know what Dreamstones is? It’s the same god damn missions and bosses you’ve beaten already throughout your time with the game. Are you seeing a pattern here? It’s the same issue that people had with Avengers all over again. If you don’t give us new and exciting enemy encounters to play through, why are we going to stay with the endgame content? It’s always been a slap in the face to players when games reuse their bosses without story implications, but here it’s even more egregious because the game is $10 more expensive than usual and less original content than something like Warframe which is FREE TO PLAY.   Story? Dark Souls is a legendary game for multiple reasons, but maybe its biggest innovation was how it told a story. It told its story through environments, items left behind, and vague writings from characters unseen. This didn’t work for some players, but for others, it helped immerse them in a story unlike any game had ever done previously. The biggest misstep most of these souls-like titles face is that they don’t care about their story at all. Godfall is a perfect example of this. It starts off with a bombastic opening cutscene and then we get some occasional exposition dumps in between levels, but that’s it. The missions have barely any story relevance at all and the only thing you really know is that you’re being pushed forward on a mission to kill your brother. Without motivation, why push on? In a game like Dark Souls, the vague intrigue and creepiness and dread of the story unraveling was there to push you forward. In Bloodborne, that was about 10 fold. In Nioh 2, the story certainly isn’t great, but it’s there, showing you multiple characters and their goals and motivations. In The Surge 2, story is oozing from every pore and you can’t go 10 minutes without encountering some significant story development. If the gameplay was sub-par in these games (it’s not) you would at least have the strong storytelling to fall back on to get you through. Here? Once you’ve got your fill of the loot and the combat system has stopped wowing you after fighting the same bosses and enemies over and over, there’s nothing to keep you there. There are some promises from the developers for additional content in the future, but when the initial offering is so bare-bones, what makes you think their other content won’t follow the same path? 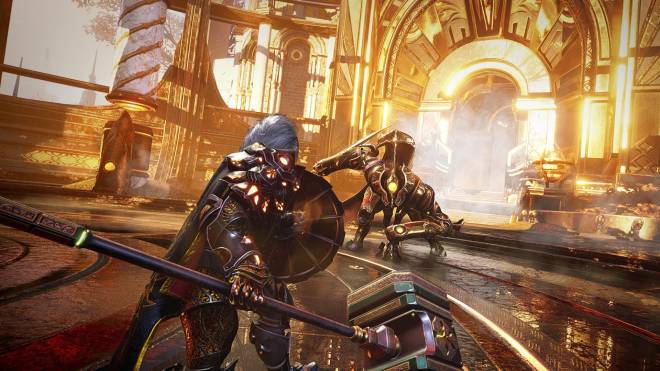 So, what do you think of Godfall? Does the gameplay loop work for you or did you tire quickly of it like I did? Let’s talk about it below.