What to Expect with Godfall 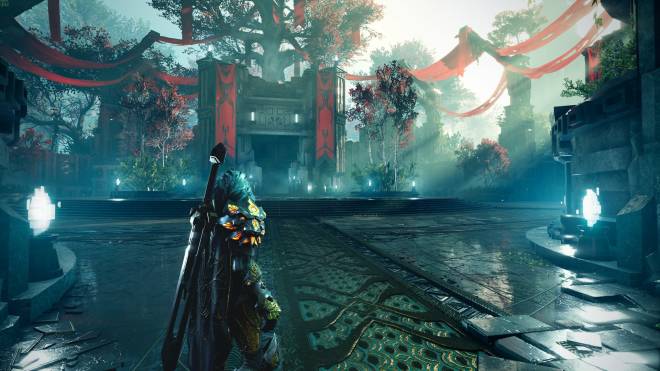 When a new console launches, there’s always a handful of titles that announce themselves as “The next-gen seller.” These titles usually are flashy and have impressive technical capabilities and some are actually quite awesome games to play like Ryse: Son of Rome for example ( I will fight you on this.). Others, however, have a beauty that is only skin deep. That is the case so far with Godfall and although I’ve yet to beat it, there are some things you need to know about it before going in.   Repetition 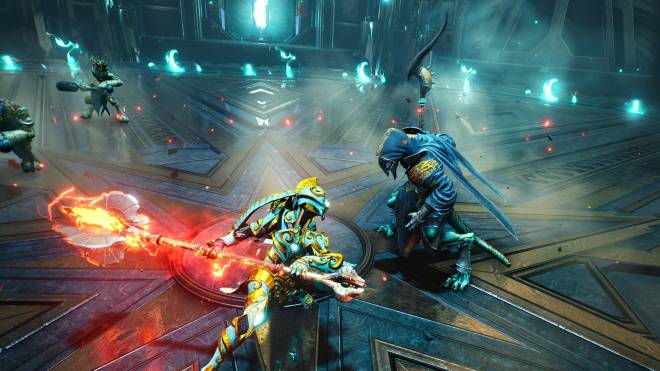 Ugh, I hate this word because honestly, ALL games are repetitive. Think of your favorite games from the past 10 years and I guarantee every single one is based around a repetitive loop. Spiderman PS4, repetitive as hell, God of War, same deal, how about Fortnite? You’re doing the same thing every time you play! The thing that makes these games enjoyable though are the mechanics given to you to play around with. Godfall however has a problem in that the mechanics you’re given to play with are just not all that fun to use. The combat has all the usual accouterments like special attacks, AOE attacks, heavy and light attacks, and the ability to switch weapons on the fly, but something is off about it. There is a clever system in play where you can basically store your light attacks on an enemy, doing no damage only to trigger the damage with the heavy attack that usually results in a mini-explosion which feels new and is fun to use, but other than that? You’ve been here before. The combat feels cartoony and lacks weight to it which is one of the worst things you can say about combat these days. Each weapon acts differently, as it should, but there isn’t a ton to play with. You get 5 different weapons to play with and that’s it. For a game touting itself as a looter, that’s a big problem. You’ll get different variations of these weapons with different abilities, but the overall feel of them doesn’t change and that’s very disappointing. 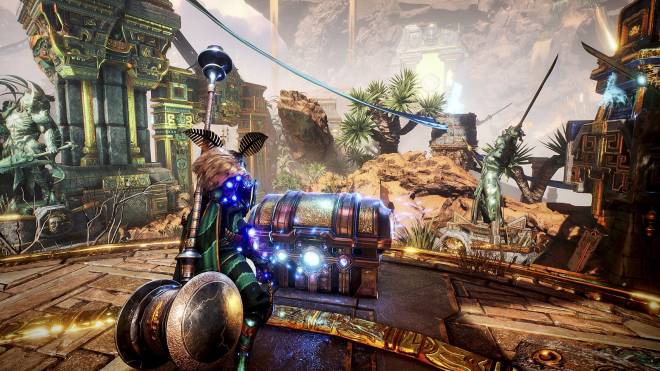 The customization is where things get a bit more complex and it’s a bit of a headache to deal with the pages upon pages of weapon stats and different buffs to sift through. The Valorplates are the main source of attraction which alter your cosmetic look entirely as well as adding new bones like AOE attacks or status effects to your arsenal. Sadly, there aren’t enough of these at the moment and they aren’t all that interesting to begin with. You’re going to find your usual, rare, legendary, and all those classifications you’ve become familiar with over the past few years, but when there are only 5 weapons to choose from, do you really care if it’s gold or not?   Mission design Or lack thereof…Further into the repetition are the missions, which boil down to go there and kill this. That’s not really shocking compared to other games in this genre, but considering there are only three open environments to choose from, all pretty same-ish feeling, there isn’t the same kind of wonder that a game like Dark Souls brings with each area. Sure, the enemies are different and they get stronger as do the bosses, but there’s nothing interesting pushing you along. The story is just background and it’s clear that Godfall expects you to fall in love with the combat and care for little else. I’m not convinced. The missions go with a familiar format for anyone who has played Warframe. You’re constantly required to revisit areas and complete “different” objectives in them, despite every objective being defeating some wave of enemies or a boss in some form or another. It’s a terrible practice honestly and just shows that this was either a rushed game or creatively inept one. Or both.   Graphics 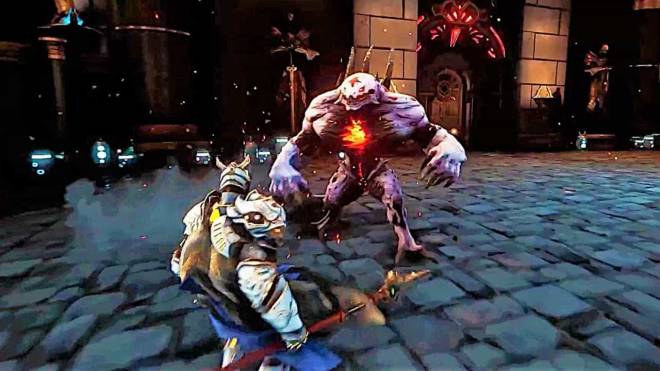 I played on PC with most settings maxed out and this game is very pretty to look at, and also incredibly boring to look at. See, the graphics are great and it truly looks like a next-gen game, the problem is the art direction is HORRENDOUS. I get they wanted to stick to a theme here, but it’s one thing to have your character shining like they just got shot out of a bottle of baby oil, but does EVERY surface you go near need the same effect? You can turn off bloom on the PC to lower this effect a bit, but in general, it is incredibly off-putting. It creates a feeling like pieces of the level just came to life and formed a warrior. It’s so bland looking and feels like the developers took one look at Warframe and Destiny and said “ We love that look, put it literally everywhere.” The result is something that is pretty looking, but also incredibly boring. I’m sick of games copying each other's art styles, the result is the death of originality and that’s the worst thing to do in an industry that allows as much creativity as the game industry does. 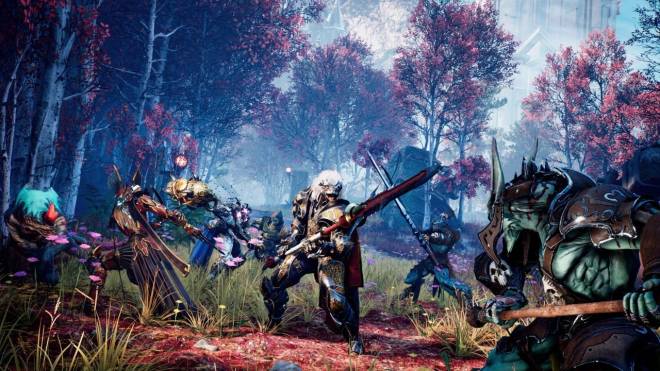 If you like pretty visuals and bombastic combat that values flair over substance, Godfall might be for you. I have yet to try out the co-op, though I imagine this is going to be similar in gameplay regardless. I found it to be an empty experience to this point filled with little innovations of its own while blatantly copying the work of past games that did it far better.   So, what do you think about Godfall? Is this the looter experience you’ve been waiting for or are you lukewarm on it like me? Let’s talk about it below!