"Post 7: Sorry" depicted my last week and a half with one of the reasons of neglecting Moot being Genshin Impact.   First off, it does INDEED correlate to 'Zelda, Breath of the Wild' according to various Zelda fans. Next, I'd like to say this game is more or less connected to anime than it is to Zelda. Sure, styles and art may be similar, however, if a game has the style of Zelda, does this mean it's a copy of Zelda? Most likely not and possibly yes for it uses the style, though it doesn't copy the game making it alright.   Anyway, enough of the referencing topic, it's making it hard to think. Genshin Impact is an open-world, RPG with the genre of gachi and anime in mind. (With Zelda references of course!) It has a unique story of your main character having a kin in which you and your kin travel worlds until you stumble upon the world of Teyvat where chaos is apparent. You planned to leave, however, an unknown god blocks you and steals one of your kin. The screen then stops, leading you to choose between a male or female character for the story of finding your kin and the unknown god via the statues of the seven.   To avoid major spoilers, I will censor things, however, major places like the city of Anemo or Geo won't be censored for they are the first two of the seven gods.   You have a companion, Paimon and pass a statue, entering a forest to encounter to people and then meting Amber. You enter the city of Mondstadt for some basic stuff until you fight a boss. After the boss, a new character comes and leads to a line of quests for the main story in which I will not reveal.   There are seven gods and seven elements. Each god represents an element of the following; Anemo (air), Hydro (water), Pyro (fire), Dendro (Plant), Electro (Lightning), Cryo (Ice) and Geo (Earth). Your first element (naturally) is the God of Anemo, [CENSORED].   In Mondstadt (Keep in mind it's a whole land not a city) the land of Anemo, there are four [CENSORED] of the winds.   In Genshin Impact, there are quests, a leveling system and a good RPG system I enjoy. Dungeons(domains), too, are of course there. This game just provides a really nice feeling that makes you do things regardless of what it is. Its strategic part is pretty annoying, however, the more you play, the better you get at the game. Through experience you gain knowledge on how to defeat certain bosses and/or simple mobs. Keep in mind, defeating simple mobs requires a lot of effort for they can be pretty dangerous if left untreated for too long. Which, is a tip said during the game, so read the loading tips/facts when you hop into that screen.   Since this is a magical RPG game, you'll need to match the details of a weapon to the character you are upgrading. My friend used a weapon that looked cool, had decent BASE stats and didn't read the description and never tried to think about what each thing meant. Energy, is your elemental power, but what do you know, he went for a weapon that did intense physical damage without using his brain to realize that the game is essentially a game of magic.   Some domains will have something called "recommended elements". Don't pay HUGE attention to that. As long as there are ways to fight a mob without the recommended element, the recommended element does NOT mean you NEED the element. It is saying that this element will help you if you aren't fluent in the elemental side of the game. Please use this for further reasons of what I mean: https://genshin-impact.fandom.com/wiki/Elements (This source explains the in-depth meaning of what I meant!) Elements In the world of Teyvat — where the seven elements flow and converge — anyone can be blessed with power from one of the Archons. The Archons bestow some of their elemental power to mortals in the form of Visions. Visions are glass pendant orbs which allow the wielders to focus their mental energy so ...

A common misconception people who are new to RPGs make always think "Hey, this monster 'requires' that level, I'mma avoid it until I am high level then I'll smash it,". The numbers above monsters usually indicate the RECOMMENDED level to fairly take it down. If you are level 10 and face a monster saying 'level 15', you can still defeat it, it'll just be harder. But, when you are level 20, five levels higher, it'll be MUCH easier, however, that monster still can KO you if you don't pay attention. Because, again, the game is an elemental based RPG. If you use Pyro against Hydro, it'll be weak to where you'll attack the Hydro based monster like you're level 15.   Even though artifacts look weak, they are very, VERY useful! So, ensure you collect a hefty amount of them to enhance your stats. If your weapon has a 5% increase on attack and your artifact does 3.5% increase, then it'll add up to 8.5% increase on attack making artifacts like a set of boosters that amplify your attacks, defense, HP, regeneration, critical attacks making them incredibly reliable. Essentially, they're like accessories that amplify your stats.   Now, I gave all these tips because if I ever describe mechanics of a game this much, then I would clearly be in love with the game. So, gameplay 5/5, graphics 5/5, controls 5/5, Story 5/5 and the total is 5/5 which makes it five stars.   If I ever am asked for a recommended game to play on the PS4 or PC, then I'd certainly suggest playing Genshin Impact. It's probably the second game of the decade for me that has me playing for hours on end. First game is MInecraft and Genshin Impact fills the cut perfectly. 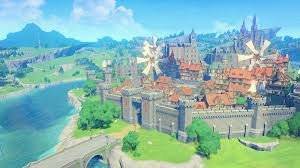