Business Week News #5🌍 ⚪️ A startup aims to have fuel-cell plane ready and government-certified to fly by 2024. ⠀ ⚫️ Airlines have a huge carbon footprint and few good options for shrinking it. The big batteries that Tesla Inc. uses to power climate-friendly cars, after all, weigh too much for a passenger plane.⠀ ⠀ ⚪️ A team of aerospace veterans has another idea: hydrogen. Universal Hydrogen Co., founded by Airbus alumni, and Plug Power Inc. will work together to retrofit a regional airplane with hydrogen fuel cells to power its two propellers. Together the companies aim to have a plane ready and government-certified to fly by 2024.⠀ ⠀ ⚫️ The retrofit will try to prove to the airline industry that hydrogen can work for regional aircraft traveling several hundred miles, even if fuel cells remain a stretch for long-haul flights. The technology’s backers say it’s safer than jet fuel on several fronts. In an accident, for example, hydrogen vents upward, because it’s lighter than air, while jet fuel pools on the ground and burns there.⠀ ⠀ ⚪️ If the hydrogen is produced from water using hydrolysis that’s powered by renewable energy, it offers a realistic way to “decarbonize the skies,” says Keith Schmid, Plug Power’s chief operating officer. Fuel cells generate electricity through an electrochemical reaction rather than combustion. When powered with hydrogen, their only exhaust is water. “Hydrogen fuel cells essentially make zero-emission flight possible at ranges that are commercially viable,” Schmid says.⠀ ⠀ 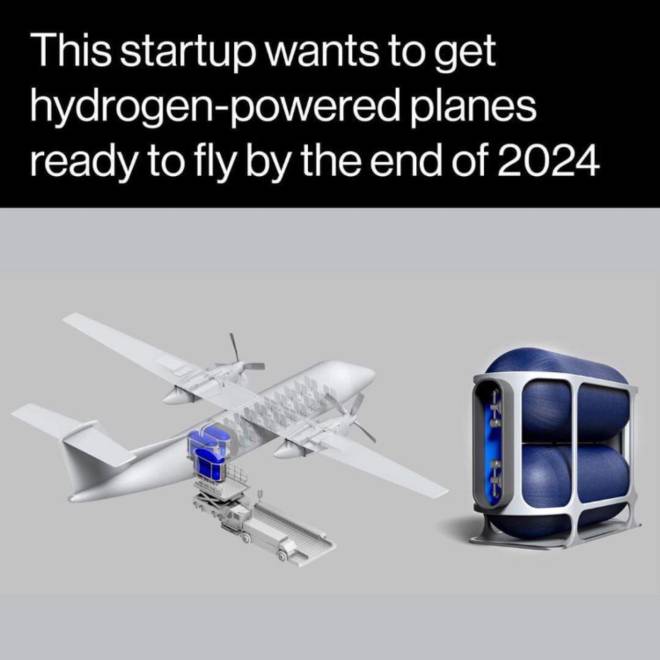