(WARNING: This is a really long post, but if you decide to read it please do so in one sitting) (Also remember: KEEP AN OPEN MIND) 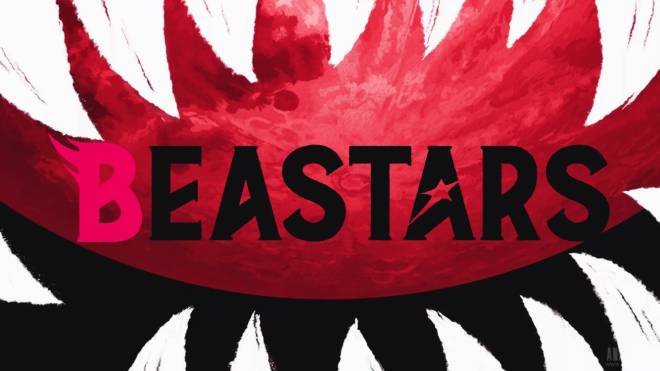 So about 2 weeks ago I was casually browsing reddit. Until I came across this strange subreddit titled “Beastars”. The name itself was intriguing enough to get me to figure out what this sub was all about. After some digging I found out this was an anime AND manga. (Right up my alley) So I took to Safari and searched up some reviews of the show. What I didn’t expect was to be slapped in the face and with overwhelmingly positive reviews. Upon seeing this I grabbed a soda, made some cheap ramen, (I’m not kidding) and fired up episode 1. Not even 10 seconds in I’m slapped in the face.... again. This time by two red flags. #1 All the characters were anthropomorphic animals and #2 It was animated in *scary music* 3D! *more scary music* Nonetheless I finished the episode. With positive thoughts of course. I figured since I enjoyed episode one so much why not watch 2! ...and 3....and 4...and 5, 6, 7, 8, 9, 10, 11, and 12. So uh I ended up watching ALL of season 1 in one night.... there goes my sleep. (keep in mind one episode is 20 minutes long) Besides throwing 4 hours off my life I was so damn ecstatic! I loved every aspect of the show so much. So I’m going to break down every bit (not really there’s too much to digest) of why I love Beastars! 1. The Characters Every single somewhat relevant character has their own dynamic that can intertwine with other people, interactions, and situations. Everyone has their own fundamental flaw that really seals up the already well round characters. A good example is one of my personal favorite characters: Louis the deer. (pronounced Loo-E) He is easily the most popular and “powerful” student at Cherryton Academy. (which is where the story primarily takes place) He is at the top of the status “food chain” and is a symbol of strength to other students. Upon meeting him however he comes across as a egotistical douchebag who demands your respect and loyalty. Yet after learning why he thinks that way and the pain he’s endured Louis suddenly becomes extremely lovable. I don’t want to spoil his flaw/dynamic but if you want to hear it here you go: (MINOR SPOILER WARNING: Louis was born into a life of crime. He wasn’t a thug he was a victim. Specifically he was raised in the dark market ((the dark market is a illegal market place for carnivores to buy and eat meat)) to be sold and devoured. But eventually he finds his way out of the circle of crime in ways I won’t spoil and attempts to make something of himself. You see he was born knowing he was nothing but some pathetic, weak deer. Which led him down a path of constantly seeing power to make himself stronger than his body allows. He goes to absurd limits to preserve his status. Even ignoring his physical health at one point.) The thing about each character is that everything about them is influenced by their personality. Whether it’s a voice, body posture, or behavior everything oozes of complex personality. Keep in mind all of this is only Louis who isn’t even the main protagonist! 2. The World All throughout the 12 episodes the world never ceases to feel alive and lived in. There are constant minor details that pop up support the atmosphere it creates. These details include: birds having to get permits to fly, hospitals and funeral homes selling the deceased in secret to the dark market, (which is a illegal market place where carnivores can consume meat) and there’s even a 5 minute sequence at the beginning of one of the episodes where a student who is a chicken sells her eggs as a side gig. (Which was hilarious to me) All this makes every character feel so real. 3. The Message(s) Beastars has HEAVY themes of the imperfections in society and the inner demons everyone is plagued with. It gets way too complex way too fast so I’m going to let a REALLY well made YouTube video do it for me: (WARNING SPOILERS I think..) https://youtu.be/6AnpsVYlFIc

4. The Voice Acting Unlike other animes Beastars doesn’t overemphasize the voices of characters. The voice acting complements everything the characters stand for. In my opinion this anime has easily the best voice acting of an anime ever. The reason being that the voices were recorded BEFORE it was animated. Also the actors physically acted out the scenes which made the voices all the more authentic. In fact Red Dead Redemption 2 which was praised for its beautiful voice acting did same thing! There all still the normal beats and pauses to retain the anime “charm” but it does it in such a.. uh “breathy” way. There is so much more I love but this post is already longer than the Communist Manifesto so I gotta stop. So now to the stuff I absolutely hate! Which happens to be the.. ahem “criticism” it’s getting. This show has got so much unfair and immature hate simply because it stars anthropomorphic animals. It’s being called things like “furry bait” when in reality it’s so much more than that. (Side note: I’m not a furry myself and have nothing against anyone who is just to clear things up) Hell the plot wouldn’t WORK without the inclusion of animals. If you want to get started check out my guide! *jazz hands* which is below this! BEASTARS STARTER GUIDE ————————————— So you want to get started on Beastars? If so I’ll be equipping you with everything you need to know. Firstly, this anime is only available subbed at the moment. The English dub comes out March 13th however after watching some leaked videos the English appears not nearly as badass as the sub. Secondly, the manga extends past season 1’s conclusion but don’t just buy the book that comes after the end of the anime. It’s heavily recommended to start from the beginning of the manga. Also just a heads up this anime is for mature audiences due to some suggestive stuff and violence. Finally, all you need to do if you want to get started or ask questions is DM me and I’ll link it! Anyways that’s it! Enjoy!