Let's have some fun, shall we? 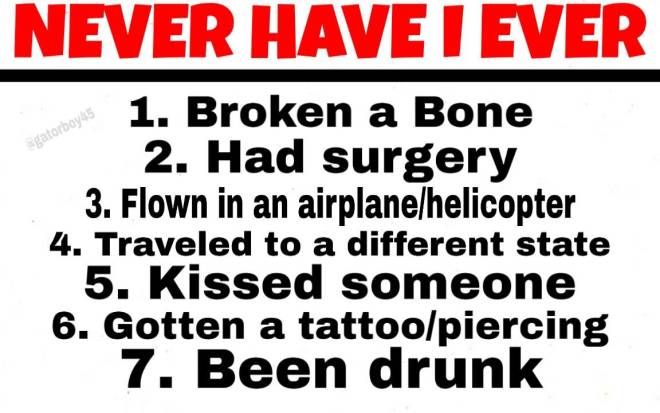 So, for those that have never heard of this game before, it's called Never Have I Ever, and the name says it all. Before you, there's a list of 7 things (could've been more but it wouldn't let me so I did the best I could) and in the comments below, you list off what you haven't done. For example, I have not done 1, 2, 3, and 6. I have traveled to a different state, in fact, I've been to three (Georgia, Tennessee, and North Carolina), and so on and so on. It's a very simple game and I assure you, you'll have loads of fun with it, even though there's only a small number of things. I did try and keep this as clean as possible, and I have seen it have "other" stuff, but we won't go there 😂. Anyways, hop on down in the comments and let's have some fun!