My Thoughts on Doom Eternal's Coffee and Camo DLC

Doom Eternal has been met with a ton of positive reviews as players throw themselves into the beloved blood-soaked universe once more. With it being one of the most impactful releases to sweep the gaming community, it’s hard to imagine anyone not playing this or Animal Crossing right now. And all the more reason right now with the release of Series 2, a set of free DLC also known as Coffee and Camo. 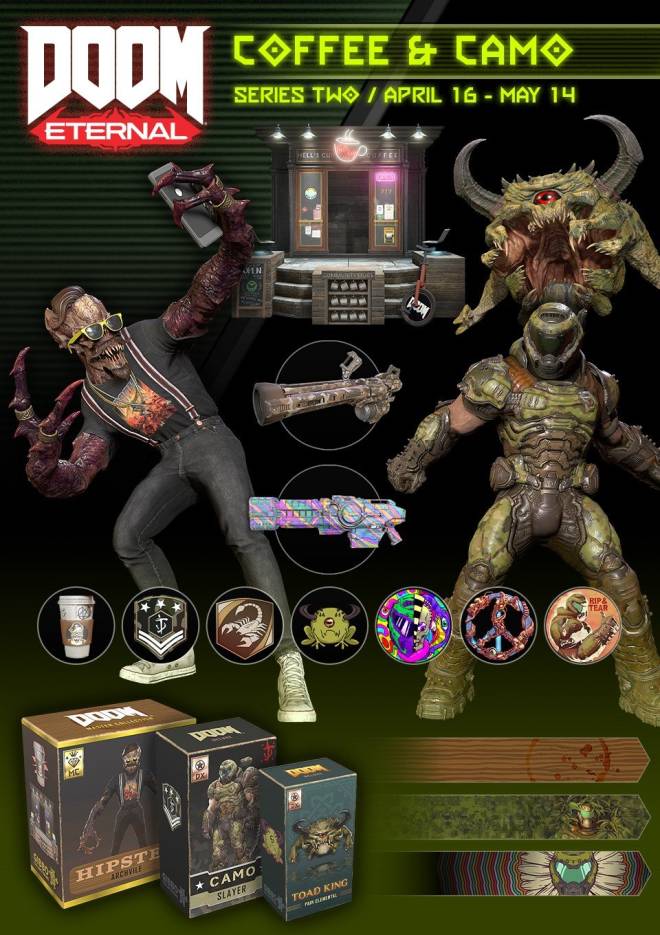 Released for free to the masses, this event features a rather satirical-looking demon skin that is designed to look like your typical hipster stereotype. Converse shoes, suspenders, yellow-rimmed glasses, undercut hair, the whole 9-yards. In other words, a perfect target for gamers locked and loaded with plenty of weapons.   While this seems to be the primary selling point here, there are a variety of other aesthetic unlockables. Plenty of weapons will be getting new skins, there are new badges and nameplates to attach to your gamer IDs, and there are new skins for both the Pain Elemental and Slayer.   Of course, all of this is free. While you’ll have to earn these new items in-game, you can only spend XP to get them, as Doom Eternal has no microtransactions. In other words, you’ll have to earn them and prove yourself a dedicated player. This is a huge detail in the game’s favor right now, as it’s become increasingly common for games to try and release extra paid content soon after a game’s release to get an extra buck here and there. 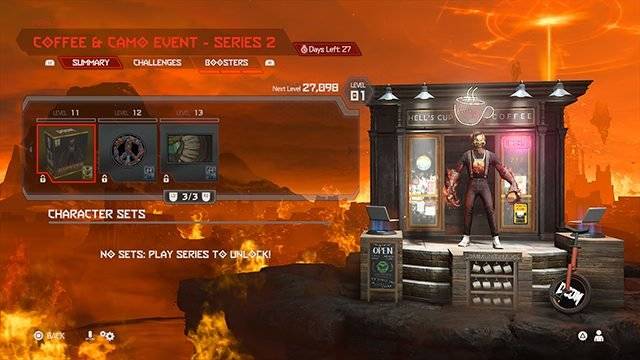 Ultimately, this is a nice reason for the most dedicated of players to run through hell one more time, playing through the fun-filled campaign to get some nice-looking items. And I can’t really complain much, considering it’s all free to play. I just wish there was a more substantial piece of content here to try out. Everything on display is cosmetic, and while they might be one player’s jam, it doesn’t do much for me.   It’s also a shame that this content is temporary, as if you don’t go hunting for them right now, these items will likely be unattainable for any latecomers to the game. I’ve never been a huge fan of content that is only available for a limited time, as it creates a must-have mentality. Even when this content is free, now those gamers who haven’t had the chance to pick the game up feel pressured to hunt for a copy online so as to not get left out. 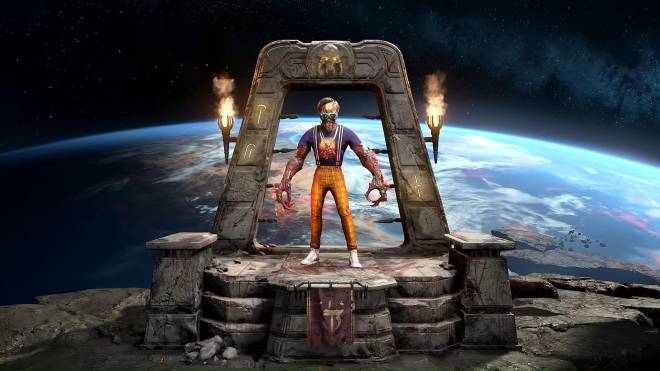 Overall, I’m glad that Doom Eternal is getting more content, even if it’s light and temporary. Hopefully, we’ll see some more substantial inclusions in the future. Have you been having fun hunting down these exclusive items? Show off your new stuff in the comments!