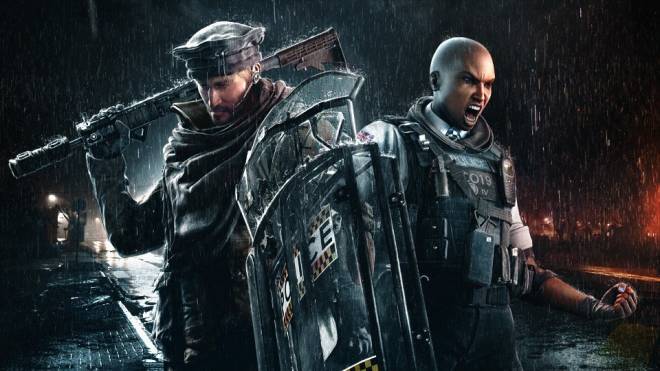 The Urban Tactical Response Team, codenamed Grim Sky (GSUTR), is a counter -terrorism unit of Team Rainbow. It was established to operate in dense urban environment. It is an available organization introduced in the Operation Grim Skyexpansion of Tom Clancy's Rainbow Six Siege. 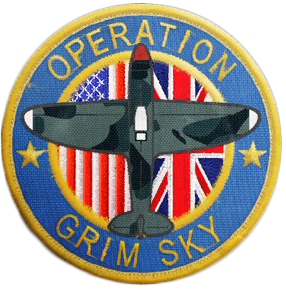 Symbol color is blue (Slate Blue). Unlike other units that maintain their original units, Rainbow Team is a unit that has created itself to take charge of specializing in street warfare. Thus, like the CBRN unit, the nationality of the two operators is different from the unit they came from. However, unlike CBRN, it selected the crew members who were not present in the existing Rainbow.

Unlike existing units, there is no common concept. There is no common dress concept, and special abilities are different from reinforcement wall penetration and entry defense, respectively. This is because the two crews are members of the GSUTR unit, each of whom is in charge of a different task: a police officer who suppresses intelligence agents / riots for establishing a local cooperation network   Attack : Maverick Defender : Clash 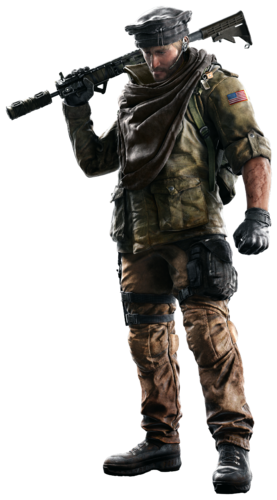 Maverick (Erik Thorn) “The Devil’s in the details… that’s where you’ll find me.”

Bostonian Erik Thorn came from a multilingual home and ranked in the top 2% in intelligence. After High School, he enlisted with the U.S. Army and rose in rank over a short period of time. He learned Dari, and became an Intelligence Officer, serving in Kabul as foreign reporters, adventurers, and criminals flocked to the city. Thorn was well known in the underground club circuit and even among locals as a proficient Buzkashi player. Thorn was invited into the Unit as their regional specialist. Following selection, he remained in country gathering intel, building networks of allies and safe houses, and tracking hostiles. As the situation in Kabul worsened, Thorn kept tabs on Americans, rescuing them when necessary, and helping locals escape the violence. He was investigating a missing reporter when the Unit lost contact with him. After two years of silence, he re-emerged with enough intel to dismantle a major insurgency operation. There were still questions regarding his disappearance, but he was exonerated and his testimony sealed. His successful missions, along with his expertise, gained him the attention of Six. 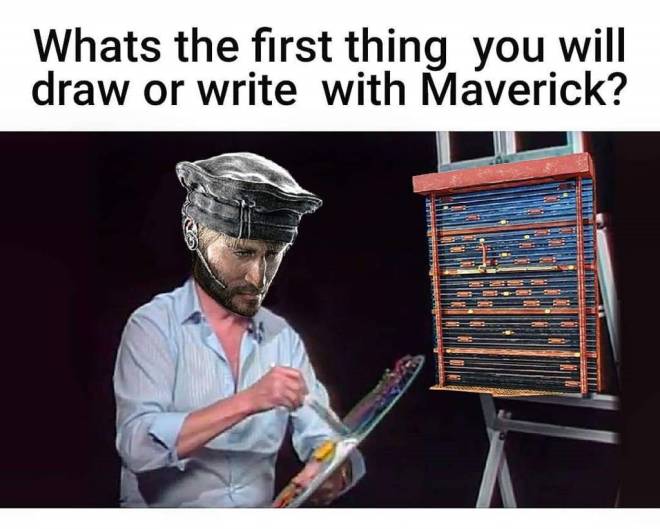 Psychological Profile I knew Specialist Erik "Maverick" Thorn well before his disappearance. He was a legend among Intelligence Collectors as the spook who “went native.” He’s often difficult to engage with since he’s incredibly intelligent and able to read others with remarkable intensity, but ask him about Kabul or Buzkashi and he can barely contain his excitement. I've never seen old men sell their services on street corners to write love letters before, so it’s hardly surprising he took to Afghanistan… it's a bewitching culture. When expats began partying in underground clubs and drinking at restaurants, Specialist Thorn admitted that he knew the "Kabubble" was going to pop hard, that Westerners would become easy targets. He saw the writing on the wall before anyone else did.   From a young age, Specialist Thorn handled an almost overwhelming amount of sensory input that would have shut down most kids. Instead, he compartmentalized and deconstructed everything around him as a way to function. It’s one reason I think he internalizes his emotions.   His parents were loving but rigid; they barely let him explore his own neighborhood. It's what drove him to join the army, to experience a world he could only dream about. It’s hardly surprising Kabul left such a heavy imprint on him. I don't think he emerged from his shell until he started traveling and even now, his mind is with us, but his heart is in Kabul. Specialist Thorn has displayed a remarkable empathy stemming from his ability to watch, listen, and dissect. People confide in him and it's why he survived in Kabul as a fly on the wall. 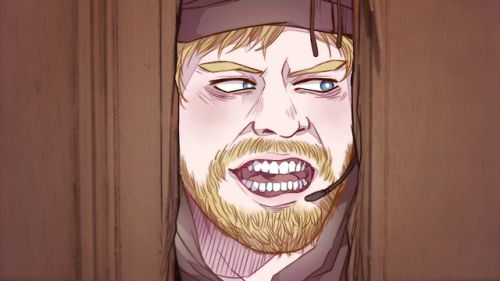 I'm still going through debriefs regarding his disappearance. It reads like a terrifying thriller but the scars that came with his experience have only tied him more closely to Afghanistan. I think his tattoo is a reminder of that life Maverick was first officially revealed on August 16th, 2018. Besides the tattoo of Afghanistan on his left arm, several aspects about Maverick reflect back to the time he spent in the country, specifically Kabul. Maverick's hat is a Pakol, a kind of soft, round-topped hat worn by Pashtun men in countries like Pakistan and Afghanistan. At times, Maverick will speak in Dari (mentioned as "Farsi" in-game), reflecting his background on learning the language. Maverick's gadget's name, "Suri", means "red" in the Persian language, including Dari. It is also the name of a type of red-toned Damasc rose. 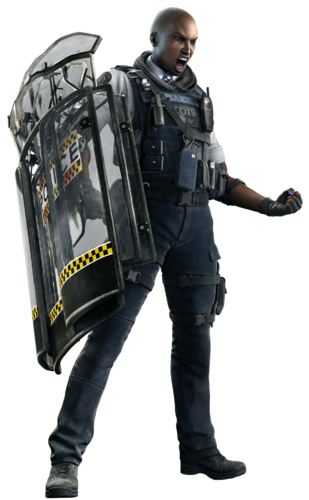 Morowa Evans led the fight in her community against racist groups in often-violent clashes. She was relentless until the day her friend and mentor, Tray Pearson, died trying to stop looters during a riot. Two months later, Evans offered her assistance to the Metropolitan Police Service (MPS) because she wanted to make a difference from within the system. The MPS offered her a clean slate if she helped stop protests from going violent. Evans made it her career, going from insider to eventually joining the MPS. 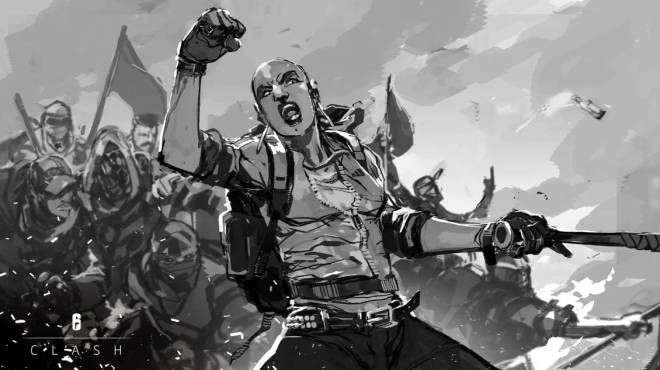 During the 2011 London Riots, Police Constable Evans commanded the front line in the Territorial Support Group to stop the violence from spreading, and later acquired special permission to attend Gold Command meetings, devising new crowd-control strategies based on her years as riot leader. PC Evans made 274 arrests throughout her service and later made Detective Constable. She earned the Queen’s Police Medal for exceptional bravery and earned a spot in Rainbow due to her experience, service record, and tenacity.   Psychological Profile When I recommended Specialist Morowa "Clash" Evans, I met considerable resistance. The Selection Board couldn't see past her violent past but I saw a street-hardened veteran who knew how to fight dirty and was the leading expert in riot control. Despite the mistrust from her fellow Constables, Specialist Evans proved herself during the 2011 London Riots when she confronted those she once led; from the CCTV footage and eyewitness reports, those rioters showed her no mercy, but she was exemplary. I initially wondered what allowed her to switch sides and remain sane. It's because she was still protecting Londoners from racists and those rioters alike who were indiscriminately hurting locals. She didn't want to quiet the storm. She wanted to redirect it. Regardless, it wasn’t easy going from riot leader to gaining Scotland Yard's trust. I'd say it's the very definition of an uphill battle and I know for a fact that every misstep was used against her. Her temper got the better of her early on, and some officers went out of their way to provoke her. In the end, many bets were lost when she graduated from Hendon, but she rightfully earned her division's respect. Nobody was more qualified in understanding mob behavior or pioneering snatch squad tactics. Who knows what kind of life she'd have led without her mentor's influence? They had the same goals, and while Pearson’s non-violent path was not hers, she still used his tragedy to channel her anger. She remains an enigma within Rainbow, but I'm glad to see she's already made friends with Specialist Gilles "Montagne" Touré; I think she appreciates the competition and they share experience working the protection detail at G8 and G20 Summits. She's persistent and fearsome, however, and she's bound to keep the operators on their toes with her tactics. I have no doubt she'll earn the same level of respect here on Rainbow that she fought so hard for in the MPS. 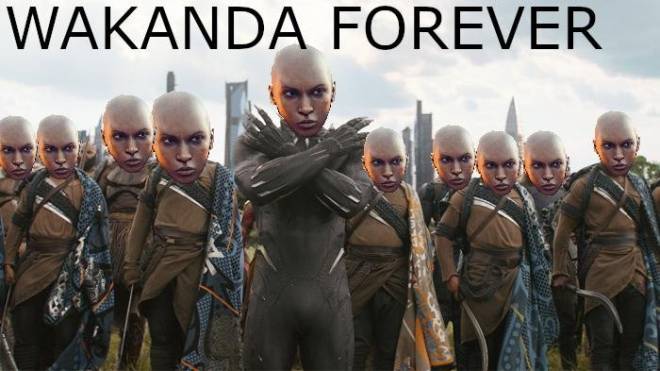 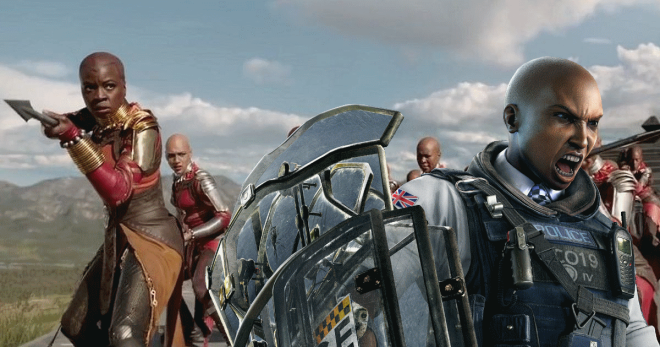 The personality is very aggressive as there are those who once participated as the master of the riot. There were many reactions, such as whether the operator from Wakanda came from England instead of from England. Among the women's offerings, it is the longest 179 cm with Joopia. It is 6 cm larger than the beads and smokes, and is only 1 cm apart from the Maverick. Weighing in at 73 kilograms, we get the most out of women's offers.           I hope you have fun reading it. If you have any errors or wrong parts, I would appreciate it. #LOBClancy #OperatorsStory #Operators