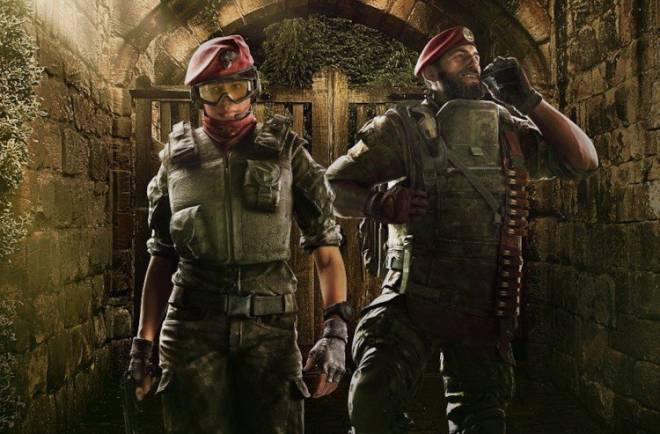 The Gruppo di Intervento Speciale (GIS, in English "Special Intervention Group") is an elite airborne special operations counter-terrorism tactical response unit inside the Italian Carabinieri military police, first formed in 1977. In 2004 the GIS evolved into a special forces unit. The unit has taken part in counter-terrorism operations and VIP, executive and dignitary protection security details ever since the inception of the GIS. 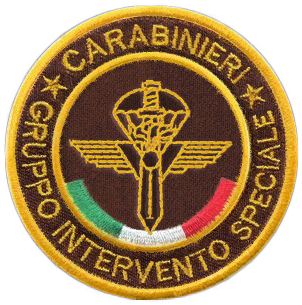 The symbolic color is slightly darker than BOPE companion (Olive). The concept is red beret and goggles. All members are the only units belonging to the defense team. The whole concept is disturbed and both members use special abilities to turn their attention. 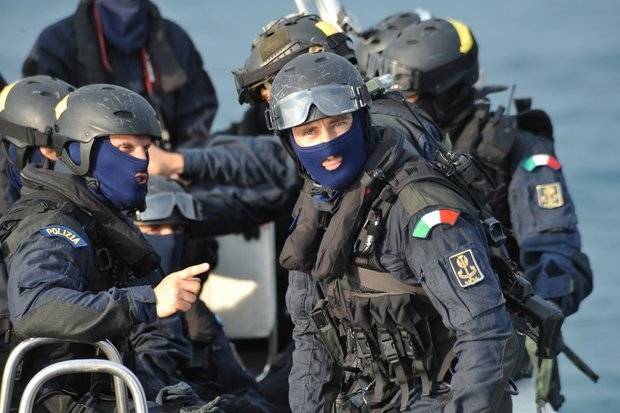 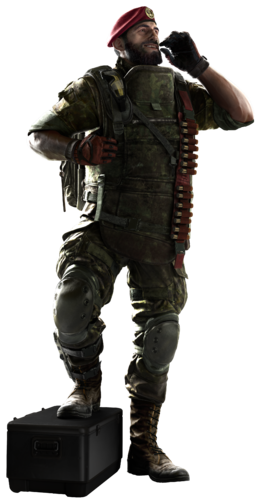 MAESTRO (Adriano Martello) “Did I ever tell you about the time we tree-jumped into the Congo Swamp at night? No? Oh, it’s a good one--” 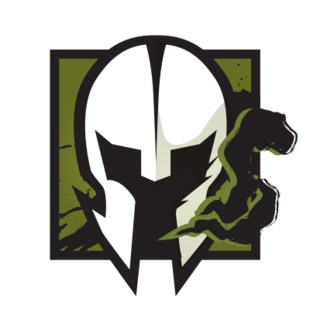 Adriano "Maestro" Martello, the eldest of a family of eight, grew up in Rome, but at 18 attended the Military Academy of Modena. He became a member of the Carabinieri and received a place as an Explorer paratrooper in the 1st Paratroopers Regiment, known as Tuscania. After several notable tours winning silver and bronze medals in military prowess, Martello qualified for the Gruppo di Intervento Special (Special Intervention Group or GIS) and participated in joint operations in Iraq and received a facial scar from an IED on the street. He participated in several actions against domestic threats in Italy and eventually became an instructor in the training of Tier 3 units in the Italian military. 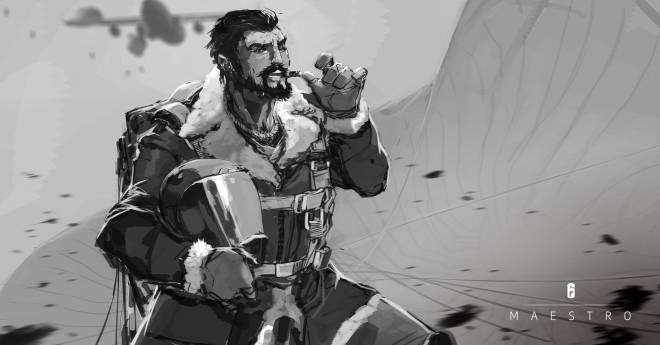 After completing his tour, Maestro embarked on a private consultation where his courses became a premier boat camp for drivers, teaching advanced techniques for Tier 3 and Tier 2 units as well as for private military companies , The Tuscania finally convinced Martello to once again qualify for an upgrade of one of their units to a Tier 2 special unit. This allowed him to join Rainbow as a representative of the Italian units.   Psychological report I have no doubt that the specialist Adriano Martello (also known as Maestro) is a natural leader. He had earned the nickname Maestro because he was willing to sacrifice the first place to help other soldiers during the basic training, and while some documents indicate that some soldiers did not appreciate the hand position, I think that they are the Teaching methodology by specialist Martello refined.   I reviewed his school records for the struggles he had come to, and I think he annoyed his brothers and sisters by fighting for them. 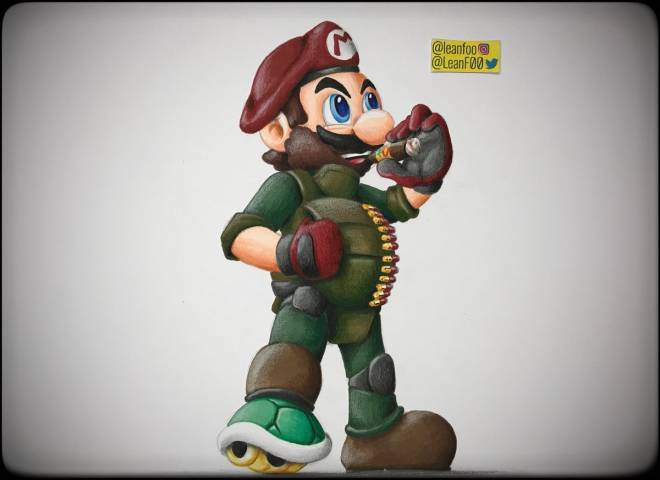 He first joined the military to reduce the financial burden on his parents by educating eight children, and he carries this sense of responsibility in his units. He takes care of the men and women he works with and has an affinity for getting the best out of others, even if it's a bit of good-natured noise and maybe more vulgarity than some of our more discreet operators do. I suppose that the specialist Martello has an effect, although he certainly teaches by anecdotes. However, he presents himself as sincere, and it is an indisputable part of his charm, because he gets along without any duplicity.   Specialist Martello will one day become an outstanding Tactical Control Commander, but his biggest problem is his own wanderlust. 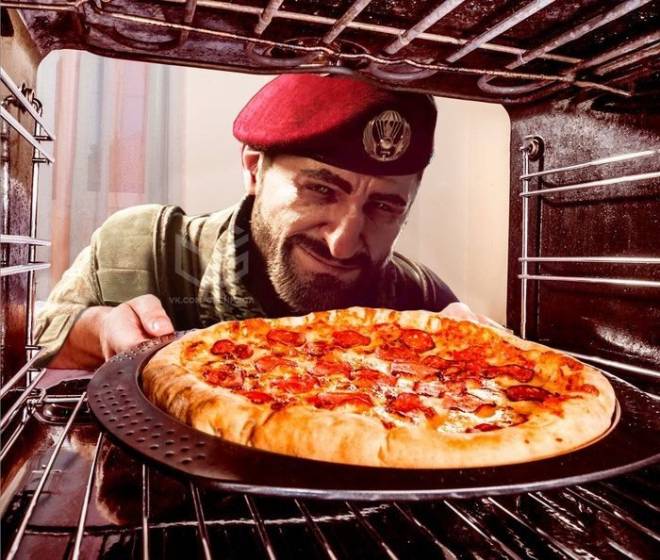 He loves to pursue challenges to his own disadvantage. Once he has conquered a goal, he hardly remains rooted. He has personal relationships with Specialist Seamus "Sledge" Cowden (Joint Operations in Iraq before Article 5 was introduced) so much that I understand he invited Specialist Cowden to visit his family when the two were out of service. I also doubt it's enough to tie him to Rainbow Operations. His relationships with the specialist Aria "Alibi" de Luca, however, may be a different story. During Operation Spider Wasp, they worked closely together, with specialist Martello's department setting down the goals of organized crime based on information provided by Specialist de Luca. Whatever the other story they share is unknown to me ... for now.   Maestro was first officially revealed on May 16th, 2018. Maestro, in Italian, translates to "Master." The term is also related to the conductor of an orchestra, more broadly someone who has master over some art almost to a musical point. This is referenced by the use of Ave Maria in Maestro's reveal trailer. 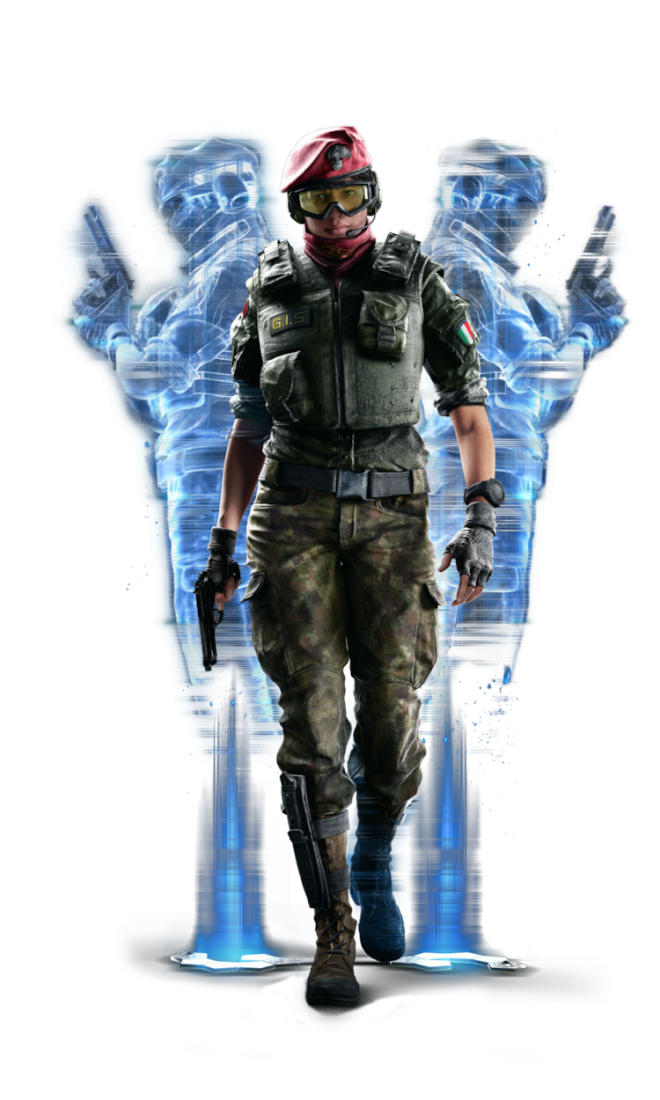 ALIBI (Aria de Luca) “Never reveal the cards you were dealt.”   Aria "Alibi" de Luca was born in Tripoli, Libya, and emigrated with her family at the age of three. Her father ran a small prescription manufacturer that opened exports to the region with its extensive North African contracts. De Luca contributed her understanding and handling of Italian firearms by the family business and training at the shooting range. At age ten, Aria entered the European Championship organized by the European Shooting Confederation and won gold in both 10-yard run and 10-meter air pistol divisions. Following the event, a recruiter from Carabinieri convinced them to join the police.

De Luca's precision shooting skills and professionalism sprang to life quickly, and she worked for a time with the elite of the Raggruppamento Operativo Speciale in the fight against organized crime. She eventually earned a place in the prestigious Gruppo Intervento Special (GIS). After a successful operation in Afghanistan, despite being separated from her unit, she was selected for covert work in organized crime. She infiltrated the Vinciguerra Crime Family as an arms dealer and spent several years among them before being brought down from within. A newspaper leak of impending operations against the Vinciguerras forced the GIS to accelerate its initiative.   After her covert work and the successful dismantling of the Vinciguerra Crime family, Aria de Luca was invited to join Rainbow as a capable operator.   Psychological Report Specialist Aria de Luca (AKA: Alibi) presents a multi-layered facade, undoubtedly stemming from her years of undercover operations, but I suspect it's a protective measure likelier rooted from her childhood. She carries a deep-seated hatred for crime families (that much is obvious — it's the closest I've come to see her sophisticated veneer crack) and I think it may compromise her ability to operate rationally when it comes to organized crime. 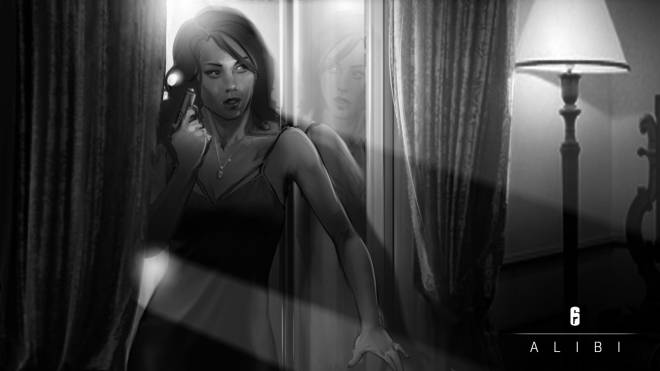 Thanks to my contact within the Carabinieri's Chief of Staff office, I was able to gain access to Specialist de Luca's psych evals following her application to join the GIS. Cross analyzing that with old police records and her family's hospital visits, I believe her father was the victim of pizzo or a protection racket... unless de Luca Sr. was singularly unlucky enough to repeatedly break fingers, fall down stairs and break his own arm... twice. Specialist de Luca was never herself injured and shows the same strong constitution and mental fortitude that we come to expect from all our operators. Psychologically, however, the wounds are deep and I suspect that her father's brush with organized crime has set our "Alibi" on her path.   Alibi as a codename is also rather telling, considering the circumstances that cut short her undercover operation against the Vinciguerra crime family. On paper, Specialist de Luca is a decorated hero of the GIS, with a Gold Medal for Civil Valor for her efforts, but if you dig a little deeper, she has her detractor who believe she was the source of the leak that nearly sabotaged the GIS investigation. 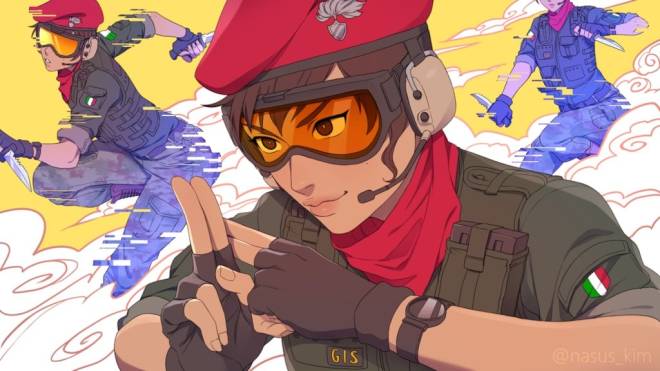 A Light Armored Operator, Alibi has with her three Prismas, special devices that project volumetric displays of herself. If an enemy were to interfere with the program, they will activate a tracking feature that will cause the victim to be detected for a short while. Alibi was first officially revealed on May 14th, 2018. Alibi's logo shows a stylized squid, which may either refer to the capability in some species of squid to camouflage or exude ink to confuse predators.       I hope you have fun reading it. If you have any errors or wrong parts, I would appreciate it. #LOBClancy #OperatorsStory #Operators