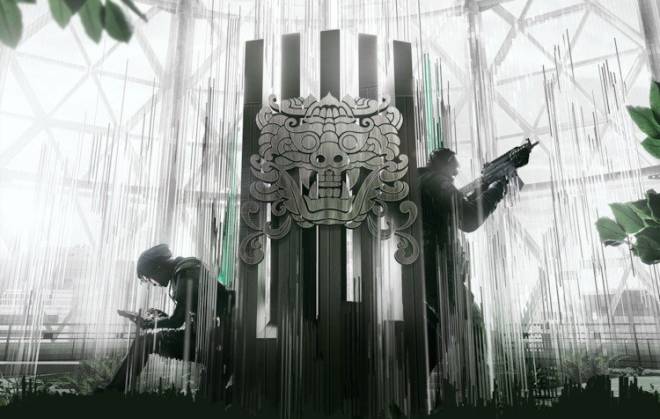 The 707th Special Mission Battalion (Hangul: 제707특수임무대대, Hanja: 第707特殊任務大隊) is a special forces unit in the Republic of Korea Army Special Warfare Command. The unit was formed after the Munich massacre, which forced the South Korean government to create a counter-terrorist unit in time for the 1988 Olympics that would be held on South Korean soil. The unit has about 200 men and women organized in two companies, headquarters and support staff. 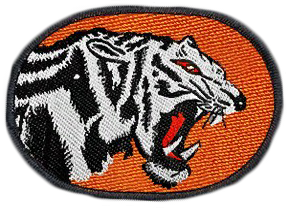 Attacker : Dokkaebi Defender : Vigil   The symbolic color is an off-white dress. The concept is black combed uniform, the flag is on the left, and the right shoulder armor with a backhoe patch, a symbol of the 707 special class. It is also one of the Oriental units that have been participating since the time of Log Spear. 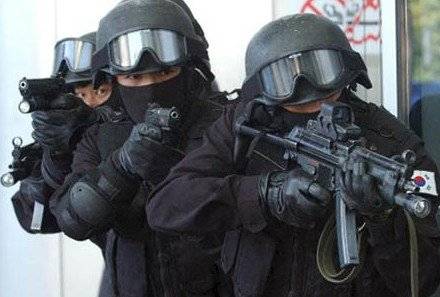 The whole concept is pre-information interception and electronic warfare, both of which use special abilities to disturb the enemy's main reconnaissance means.   In PVE, both attack and defense have no effect on special abilities, so they become members of reserve forces or below. There are no cameras in the first place, no phones to ring, and terrorists do not use drones. However, the performance of the gun is okay, so if you trust your aim, you can play well.

DOKKAEBI (Grace Nam ) “Where did you get that?” Grace, named for the incomparable actress Grace Kelly, always broke expectations, even when it meant she stuck out somehow. She scavenged or bought spare components to build her own computers. She played soccer with the neighborhood boys and got into fights with them, but it was her sharp tongue that landed her in trouble with her teachers. She looked and acted like a troublemaker, so they tried to force her to conform to expectations. To survive, Grace learned to soften her image, to better play with and manipulate preconceptions; she bought fake glasses and adopted the geek girl persona. Grace's skills earned a National Scholarship at KAIST (Korean Advanced Institute of Science and Technology), but after graduating decided to join the Army. Her athleticism and daring paid off, and she was assigned to the ROK Army Special Warfare Command before earning a spot in the 9th Special Forces Brigade known as the Ghosts. Despite her unorthodox behavior within the highly disciplined ROK army, she gained notice for her exemplary tech skills and for being highly adaptable to situations. After Grace participated in joint training with Detachment K Green Berets, the American instructors encouraged her to try out with the 707th Special Mission Battalion: White Tigers. 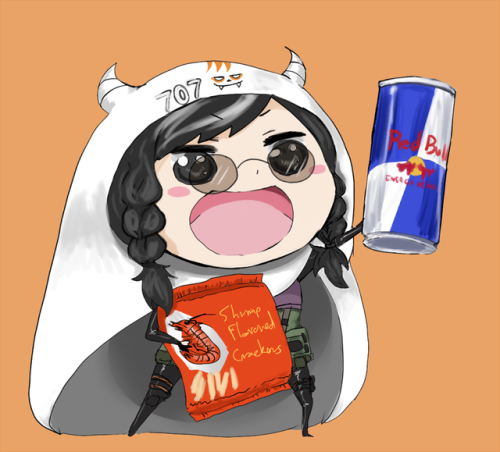 The White Tigers were a better fit for her skills, but Grace inadvertently butted heads with Major General Kuh, an old guard soldier with political ties all the way up to the Blue House, who followed orders to the letter and expected unflinching loyalty from his subordinates. Kuh made life difficult for Grace, preventing her from exploiting her full potential. Grace heard about Rainbow during training exercises with the SAS, and it sounded like the opportunity she had been seeking... the chance to contribute through her strengths. She knew that Major General Kuh would never put her on the list, so she did what she always did and thought outside of the box.   Now Dokkaebi is a member of Rainbow much to the surprise of Major General Kuh, who is not happy about it. He wants her drummed out of the White Tigers, but Dokkaebi could not be happier. She is among men and women who reward asymmetrical thinking even though she knows she now has a target on her back. More so, she is sure the other ROK operator, Chul Kyung Hwa, is spying on her. She needs to work twice as hard, but Grace feels twice as motivated now.   Psychological Profile Grace plays with expectation because she wants people to underestimate her, but it is different with Rainbow. Before she knew how to control the situation and was never afraid of failure until the stakes became this critical. Rainbow Six was her most daring stunt and she knows she's alienated herself from the Korean military; any slip up and this point will see her drummed out of the military entirely, and this has added pressure to perform, improve, and succeed. ======================================= 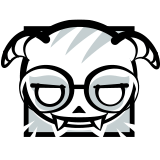 Dokkaebi (Hangeul: 도깨비) are supernatural creatures from Korean folklore, which use their powers to interact with humans, either by playing tricks on them or helping them.   Unlike other crew members who were working in special forces, they hacked Six's computer by drinking an energy drink and put it on the screen as "Hello, Rainbow Six". Sixth of the time, she became aware of her abilities and became a Rainbow team. Rainbow 6 is the code name of the commander, which is a testament to his ability, since he has hacked the computer of a special unit leader who is managed by the governments of the world's great powers. After graduating from KAIST, he served at the Special Ninth Airborne Prize Brigade at the 707 Special Class. There is also a saying that Ubisoft refers to a person who actually exists in the search results. Echo and a good hacking program has developed a good set, thanks to the special ability of Dokkaebi echo does not work. I have a hard error, but when I hack it, the MAC addresses are the same on different phones. Even your friend! The confirmed MAC address is 01: D3: F5: 67: 89: 4E. Dokkaebi uses her tablet instead of a PDA to view drone feeds. 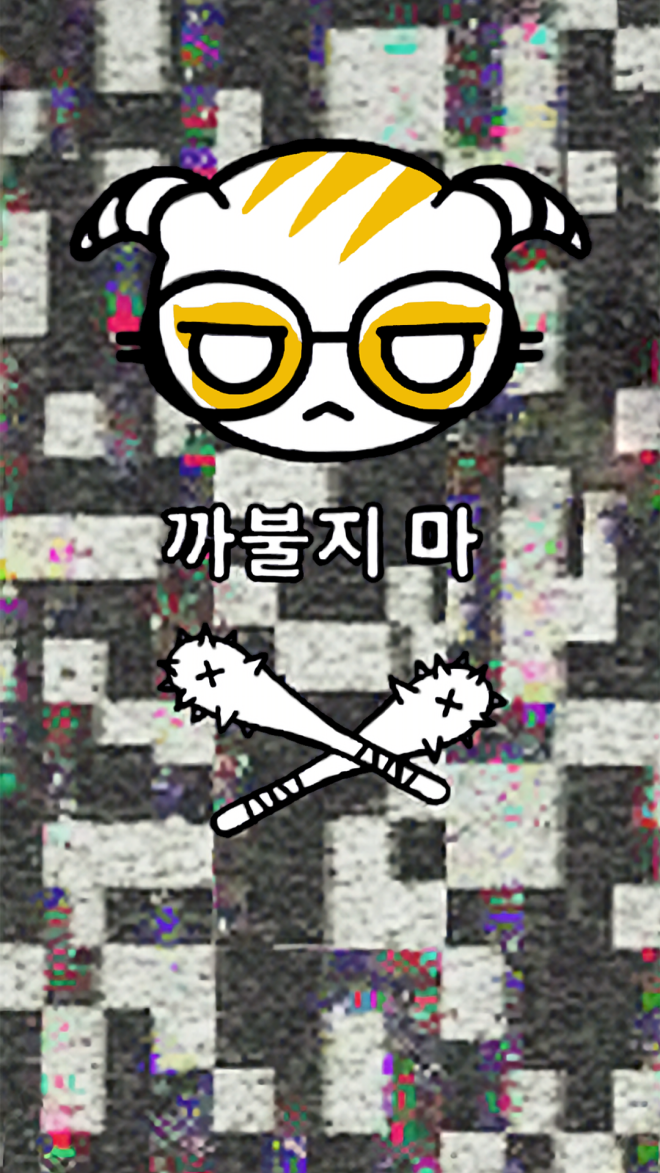 A Medium Armored Operator, Dokkaebi comes equipped with her Ballistic Armor Military Laptop, Logic Bomb. This device can upload a virus into the Defenders' phones and cause them to ring incessantly until they reset it manually. If a Defender is killed and Dokkaebi is with the Attackers, she can hack these phones to gain access to their CCTV feeds. When she hacks the defenders' camera feed, Defenders will see the phrase "까불지 마" (Romaja: Kkabulji ma) displayed in their feed alongside her icon, which roughly translates as "Don't mess with me." Dokkaebi is on friendly terms with SAT Operator Masaru "Echo" Enatsu. Despite this, the two often get competitive when it comes to outdoing each other in the workshop.

Vigil (Chul Kyung Hwa) “I'm in everyone's blind spot.”   Chul Kyung Hwa doesn't remember much of his childhood, only that his family was escaping across Asia as refugees? Or were they criminals? He remembers his older brother drowning during a river crossing. He remembers the safe house where they stayed trapped for over a month in near silence. He remembers their train ride when soldiers arrested two fellow defectors. He remembers his sick mother slowing them all down during the jungle crossing. He remembers leaving her behind as his father told him not to cry, not to make a noise and alert the armed patrols. Throughout it all, everyone impressed upon Chul Kyung that anything he said or any strange behavior would get them caught... it was life or death. So he buried his emotions deep, lest he betray his parents and be responsible for their capture; he became a stone to the outside world.   Gaining asylum in South Korea, it was not the happy life they'd envisioned. The loss of his family proved too much for Chul Kyung's father, who committed suicide, leaving his son an orphan. Chul Kyung remained a stone, never showing emotion, never betraying his inner thoughts. Chul Kyung was adopted into the Hwa family, who believed it best if he forget his past, which started by changing his full name to Chul Kyung Hwa. Chul Kyung was actively encouraged to forget his real name and he obliged. It was another form of camouflage. He grew up in a system of rules and codes of conduct, and they provided him with a reason to be stoic, to follow orders. He could hide behind the rules.   Chul Kyung wanted to give back to South Korea, the country that took him in, and he entered the ROK Navy, proving the exemplary sailor. He earned himself a berth in the ROKN UDT/SEALs, not only passing with distinction, but becoming such an exemplary operator in the course of his service that he was handpicked by the 707th Special Mission Battalion: White Tigers. He was diligent, methodical, and tenacious, albeit quiet. Naturally, his status as the child of defectors was not shared with his fellow soldiers to better give him a fair shot, but when South Korea was given an opportunity to send two operators into Rainbow, Chul Kyung was at the top of the list. Psychological Profile Chul Kyung carries the scars of his childhood, where the only safe haven from the uncertainty of escape was to hide deep inside himself and become a stone. While a highly effective and competent by-the-numbers operator, it's made him highly uncomfortable in social situations. He is anxious when it comes to his own body language and expressions, how others might interpret his actions. He feels exposed, an open book that betrays all his secrets. Chul Kyung is most comfortable wearing his ballistic mask, where he feels he can actually breathe and hide another layer of protection.   ======================================= 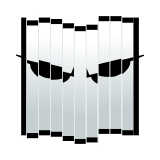 A 'vigil' is a period of staying awake during the time usually spent asleep. This reflects Vigil's personality as a man who never lets his guard down around others, always tense, doing his duty no matter what others think of him. Vigil does his best to keep fellow 707th Operator Grace "Dokkaebi" Nam on her best behavior, to her chagrin. While Vigil simply wants to make sure he has nothing negative to report from her that threatens her place in Rainbow, Dokkaebi perceives him as the epitome of the Old School thinking of the ROK Military that she left behind. 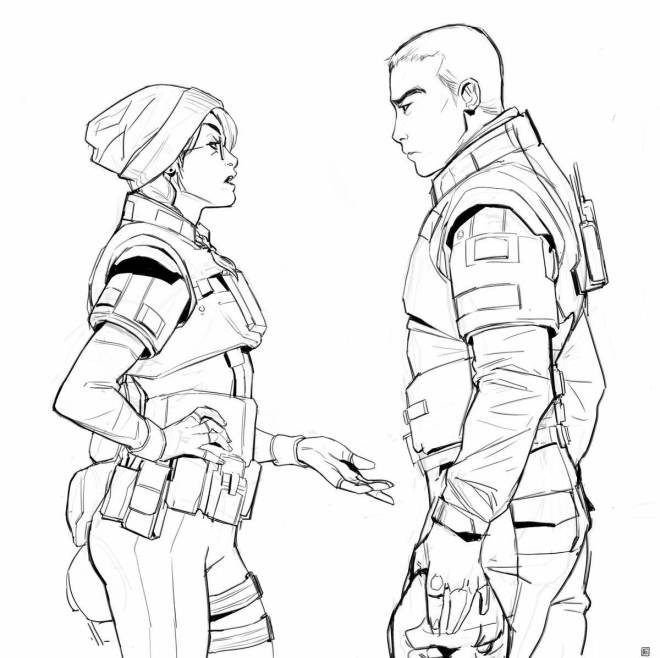 Dokkaebi dislikes Vigil because he thinks he is guarding him, but Vigil is set to keep Dokkaebi silently. Whether it reflects the joint training with the Navy Seals, or the Blackbeard mentor mentality, Vigil seems to be consulting Blackbeard frequently, and is also friendly with Mute. According to the psychology report, people do not like to talk with each other, so it seems that the mute with the lesser number of words suits them. There is also an ambassador to recognize echoes among the ambassadors who have begun to fight terrorists. 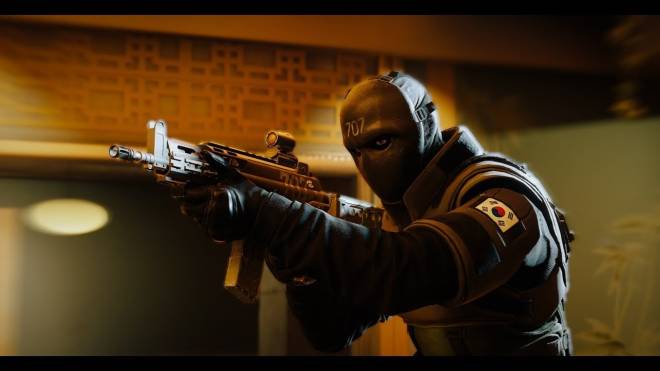 One of the operators whose faces are not exposed because they wear black balaclava and bali stick masks that cover the entire head. It seems that the eyelids that are slightly exposed in the eyebrows of the bala stick mask are also coated with camouflage cream. It seems that the mask used was inspired by Korean folk masks, and this Bali Stick mask is a symbol of the special force of Taiwan, which is a special force of Taiwan. There was a controversy over the error in the community. Vigil is an FBI agent-level black in the color of the whole body, so it can not be seen if it is hidden in a night map or shadow. A Light Armored Operator, Vigil comes equipped with his ERC-7 Video Disruptor, which will erase him from video feeds for a set amount of time.         I hope you have fun reading it. If you have any errors or wrong parts, I would appreciate it. #LOBClancy #OperatorsStory #Operators