The Special Duties Unit (Abbreviation: SDU; Chinese: 特別任務連, nicknamed Flying Tigers 飛虎隊) is Hong Kong's main elite paramilitary special operations unit. The SDU is a subdivision of the Police Tactical Unit (PTU) of the Hong Kong Police Force.   The SDU was established in 1974 by the British Hong Kong Government in response to the ever-increasing threat of international terrorism.The SDU, consisting of ten odd members, used existing police weaponry and devised their own tactics.In early 1978, the British Special Air Service sent an advisory team to Hong Kong, which was initially to evaluate the SDU and subsequently trained two land assault teams resulting in considerable changes to SDU equipment and tactics.In 1982, the British Special Boat Service sent an advisory team to Hong Kong to establish a water assault team including training in military diving The water assault team was later disbanded in 2000, with the assaults teams now integrated as new training standards required all officers to be equally trained and proficient in maritime operations. The emblem color is slightly darker orange than the FBI SWAT party. The concept is dressed in a uniform similar to the GSG-9. Instead of a Chinese bullet, it uses a Chinese firearm that uses a Western bullet, and its members are distinguished by their height.

YING (Siu Mei Lin) “The punch starts from the heart and does not miss.”   Born in the comfortable Central district of Hong Kong, Siu Mei Lin was a close protection operative before joining the Special Duties Unit (SDU). With her acute reflexes and cunning CQB methods, she took the lead on several VIP and witness protection operations. Having deployed an explosive short-range power and combat skills, she joined an elite security service school after graduation. Aiming to become an all-purpose operative, she traveled to a female exclusive training facility in Tel Aviv, Israel. She spent two years there, developing an expertise in firearms and driving maneuvers. Part of Operation High Sun. After completing her program she returned to Hong Kong, where she ensured the protection of several high-risk profiles. In 2008, she reoriented her toward the police force after being involved in a kidnapping situation. She was first recruited to review the processes used by the Police Tactical Force's Security Wing. During this time, her interest to lead international rescue operations grew, which drove her to apply to the SDU. As a , she uses her experience in close protection to ensure minimum casualties while leading high-risk operations amidst Hong Kong's dense urban population.   Psychological Profile Her easy-going manner allows her to blend in, making her clients and teammates feel both secure and comfortable. Shows potential signs of post-traumatic stress disorder. She admitted having flashbacks of the car crash when she rushes into high-risk situations involving a number of civilians. Her extreme driving maneuvers may be a way for her to cope with stress, to assert control over those memories. ------------------------------------------------------------------ 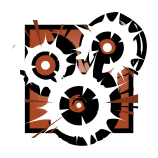 The shortest of all operators. Ying (Chinese: 螢), means "Firefly" in Chinese. There are many contacts with other toxic operators.She had a lover relationship with Echo, and have been working with Ash and the Fuze. There was a disagreement with Fuze, but she criticized Fuze for suspicion of his character as a crew member who did not consider the lives of civilians at all. It was reported that the situation was not resolved until Ash intervened. It is humorous material that pushes in the development team, too, and the graffiti to blow up the hostage in the 6P41 of the Fuze's elite skins is written, too. The setting is often paralyzed when the novice players catch the fuse, Seems to be. A Candela is an SI unit measurement for luminous intensity, specifically in regards to a particular direction. Curiously, unlike the other Operators available in Outbreak, Ying has no unique lines. A Medium Armored Operator, Ying comes equipped with her Candelas, specialized timed explosives which can either be thrown or anchored onto a deployable surface to shoot out six flash charges into an area. Each Candela contains six customized flash charges that function slightly differently to Stun Grenades. 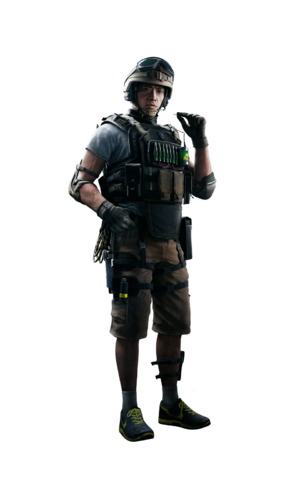 LESION(Liu Tze Long) "Do what you do best. If you’re lucky, you won’t be a burden."   Born in Junk Bay, Liu Tze Long still lives in a public housing estate not far from this area. He was raised by his father, who worked for a ship breaking company and often pulled double shifts. During these years, Liu would stay at the shipyard and help him dismantle obsolete ships for scrapping. As the ship breaking business began to dwindle out, Liu and his father took some demolition jobs under the table. It all came to a stop when Liu's father injured his back. Liu was 19 and could not support them both with his own income. Quickly crumbling under debts, he needed money fast. During that time, China sought some volunteers to undertake mine clearance in the provices of Yunnan and Guangxi. Liu answered the call and worked for two years at defusing hazardous ammunitions. With ample experience in demolition and mine disposal, he returned to Hong Kong to join the Explosive Ordnance Disposal Bureau. Soon after, he joined the Special Duties Unit (SDU) to deal with Chemical, Biological, Radiological and Nuclear terrorist threats.   Psychological Profile Fell in an oil tank while scavenging an old ship when he was 10 years old. Trying to break free, he ingested a significant amount of water seethed with toxins. Since the tank walls were ripped he managed to break free, but not unscarred. Liu is highly resilient to physical hardships. His mental strength is what set him apart from younger candidates. He was one of the 3 other recruits who were able to withstand the extended version of SAS Resistance to Interrogation Program. N.B. Admitted having detected the tang of oily waters during intense episodes of his Resistance Interrogation training. -------------------------------------------------------- 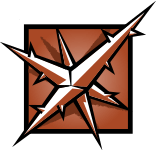 A lesion is any abnormal damage or change in the tissue of an organism caused by trauma or disease. Lesion's has two different versions of his codename: "傷害" and "雷", which literally translate as "Damage" and "Thunder" respectively. He has resistance to morphine, and the opium-like line seems to be well. Unlike other long-sleeved trousers or trousers with long trousers, usually wearing uniforms or uniforms, short-sleeved shorts are quite common in the actual SDU. 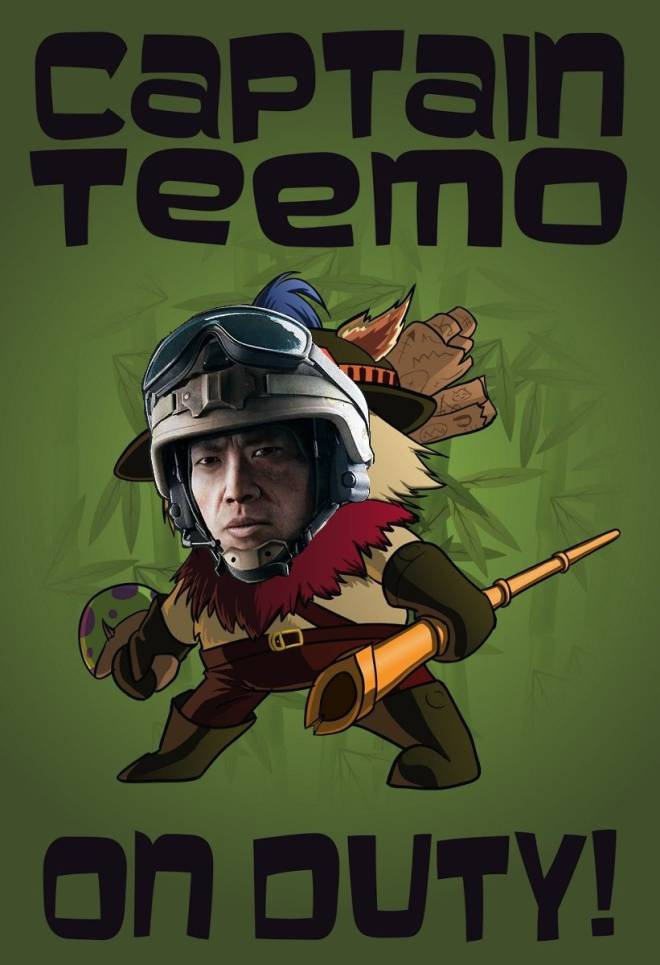 He is also known as Hong Kong Teemo in that it has installed poison mines and belongs to the counter-terrorist unit belonging to the Hong Kong Police Agency. Lesion's first operation was Operation Green Viper in Indonesia and Macau. He teamed up and joined forces with SAS Operators Mike Baker and James Porter. Upon completion of the mission, the two helped celebrate Lesion's first successful mission with an extra day in Macau, filing the event as an off-duty bonus.   A Medium Armored Operator, Lesion comes equipped with his Gu mines; auto-cloaking poison mines that, once within proximity, the victim will be affected by a gradual loss of health until they are downed or the needle is removed. Up to eight Gu mines can be deployed and are gradually built throughout a round. Gu (Chinese: 蛊) is named after a venom-based poison which involved sealing various venomous creatures in a container where they devoured one another and allegedly concentrated their toxins into a single survivor. The Chinese character 雷 is written on the side of the Gu mines. It could either be a reference to his codename or refer to its alternate meaning as "Mines" Gu Mines are throwable devices that deploy on the floor and stick to any attacker who triggers them. They have a detection and effective radius of 1 meter.       I hope you have fun reading it. If you have any errors or wrong parts, I would appreciate it. #LOBClancy #OperatorsStory #Operators