The Grupo Especial de Operaciones (English: Special Operations Group), commonly known as GEO, are the special operations forces of the Spanish Cuerpo Nacional de Policía (English: National Police Corps). The GEO has response capabilities and is responsible for VIP protection duties, as well as countering and responding to terrorism. Attacker : Jackal Defender : Mira   Symbol color is darker purple than SAS party dress concept is scuba equipment. The shoreline map is a resort located on the waterfront, and it is set to penetrate into scuba equipment from the sea. In the velvet shell wallpapers, you can see that the jackal and the mummy are infiltrating into the resort from the sea in high-speed mode. 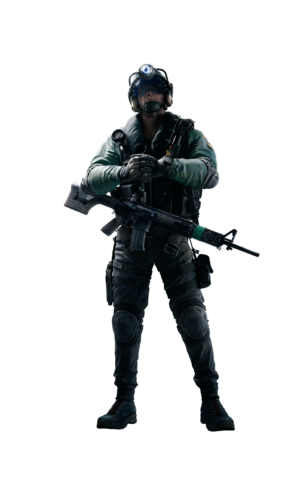 JACKAL (Ryad Ramírez Al-Hassar) “The steed, the night, and the desert all know me. Now, you will too.”   Pushed from one family to the next, Ryad emerged from the foster care system when his older brother, Faisal Ramírez, turned 18 and became his legal guardian. Blaming his shortcomings for the loss of his older brother, Ramírez decided to join the Policía Nacional. He passed the mandatory ESO (Secondary studies) and became a CNP (Cuerpo Nacional de Policía) at 19 years old. He is still investigating his brother's case and to this day, but was unable to find any solid evidence against his brother's murderer. With strong resolve and broad resourcefulness in difficult terrains, Ramírez joined the Grupo Especial de Operaciones (GEO) to track down HVTs and intercept narcotics shipments.   Psychological Profile Suffers from chronic insomnia. Ramírez is at risk of developing acute symptoms such as muscular weariness, hallucinations and/or double vision. He must be monitored closely. -------------------------------------------------------------- 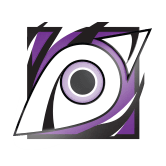 It is an operator with the ability to track footprints. In addition to GEO's counter-terrorism missions, the crew said that they are specialized in drug trafficking. It also seems to reflect the experience that the siblings of the jackal were murdered without evidence. If you take a close look at the illustrations, you can see the eyes of the jackal hidden in the visor, but the eyes are very lonely, and it feels like a little child. In contrast, in-game modeling is frowning.   The name is Islamic, but the history of the Muslims living in Spain is very long. Muslim forces stretched out in the Iberian Peninsula until the 15th century, when the Muslim empire was driven from the 9th century by Reconquista. There are still Islamic influences such as place names and architectural styles in Spain, and the Alhambra Palace in Granada, in Andalucia, southern province is a good example. The birth place Seuta is also a place where Arabs live a lot because it is attached to Morocco. 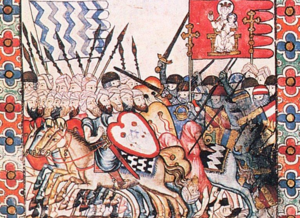 * The Reconquista[a] (Spanish and Portuguese for "reconquest") is a name used in English to describe the period in the history of the Iberian Peninsula of about 780 years between the Umayyad conquest of Hispania in 711 and the fall of the Nasrid kingdom of Granada to the expanding Christian kingdoms in 1491. The completed conquest of Granada was the context of the Spanish voyages of discovery and conquest (Columbus got royal support in Granada in 1492, months after its conquest), and the Americas—the "New World"—ushered in the era of the Spanish and Portuguese colonial empires. 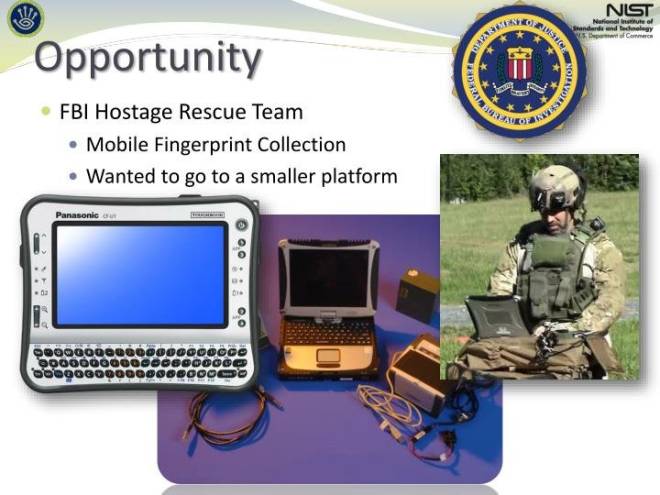 The motif is the Quick Capture Platform. The equipment, developed and in use in 2007, is used by the FBI to collect and identify terrorists' identities and information in Afghanistan and Iraq. FBI-HRT is being used to search for suspects both inside and outside the country. The original consists of a fingerprint scanner that scans fingerprints, a laptop, a battery, and a satellite communication device, but in Siege it is arranged as a goggle type device that detects footprints instead of fingerprints. According to the configuration, the position of the opponent is tracked through the distribution of the weight left in the footprint through the advanced computer screen, and the radioactivity label attached to the battery case of the rear passenger seems to use the nuclear battery. MIRA (Elena María Álvarez) “For most people I'm a relief. But for you, I'll be a nightmare.”   Working alongside her father in his mechanics store from a young age, Álvarez can find the weaker spot on any machinery and turn it into an edge. She joined the police force Cuerpo Nacional de Policía so that she could be of service to those in need of protection, and thus serve her country. Proving to have stellar strength, endurance and knowledge of vehicles sparked her progress in the ballistic field. She joined the Grupo Especial de Operaciones (GEO) to develop and test bulletproof materials on the field as well as enhancing bridging vehicles.   Psychological Profile Abandoned by her mother at birth, she was raised by her father in Madrid. Being an only child, she found her purpose working for the family business. Mira's original name was Elena Álvarez Del Manzano. This later changed to Elena María Álvarez. The original name is still used in some official materials. Mira means"look" in Spanish.Mira was the lead engineer that led the creation of a specialised ballistic shield for Operator Alexsandr Senaviev.   -------------------------------------------------------------- 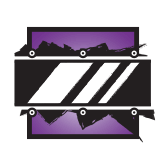 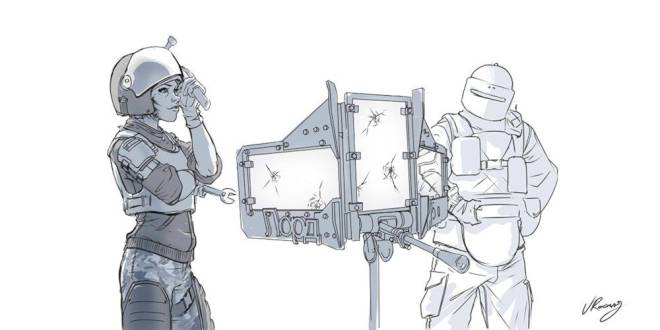 It is also the first operator to have a rival relationship in background setting. It is a rival relationship with Ash, a member of the FBI SWAT team, as opposed to the same FBI SWAT, Thermite and Hibana of the SAT, who run a joint project and call it a "friend." On the other hand, it seems to be a good match for Tachanka when he tackles bulletproof glass on LMG of Tachanka , the defender operator of Russian Spetsnaz.     Mira can punch her Black Mirrors through walls, reinforced or not, to create a one-way view to the other side. This allows her and her teammates to look out from the safety of the air-compressed glass. If the Defender attending the Black Mirror wants, they can break the gas canister to create for themselves a murder hole.         I hope you have fun reading it. If you have any errors or wrong parts, I would appreciate it. #LOBClancy #OperatorsStory #Operators