This is Lob Clancy’s Rainbow Six Siege Operators Story. I’d introduce Japan's SAT crew. I hope you have fun reading it. If you have any errors or wrong parts, I would appreciate it. #LOBClancy #OperatorsStory #Operators 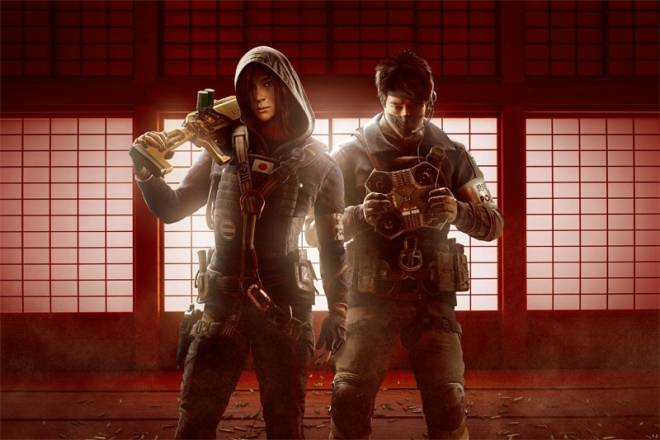 The Special Assault Team (Japanese: 特殊急襲部隊, Tokushu Kyūshū Butai) is a counter-terrorism unit in some Prefectural Police Departments supervised by the Japanese National Police Agency. Its origin can be traced back to the Special Armed Police who were trained in September 1977 to combat criminal incidents as a response to the Dhaka Incident. They saw their first successful deployment in January 1979 during the Mitsubishi Bank hostage incident and were involved in many other counter-terrorist operations since then. These specially trained SAP members were officially put into the newly established Special Assault Team in 1996 after training for a year with the GSG 9, GIGN, and British SAS. 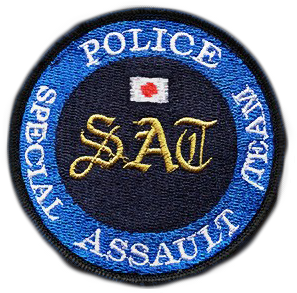 Attacker : Hibana Defender : Echo   The symbolic color is purple, which is slightly brighter than Spetsnaz 's. The concept is a military blue combat suit, a harness airborne equipment and an armband used in the real SAT. It appears to be a SAT belonging to the Aichi Prefectural Government as a patch belonging to the arm. 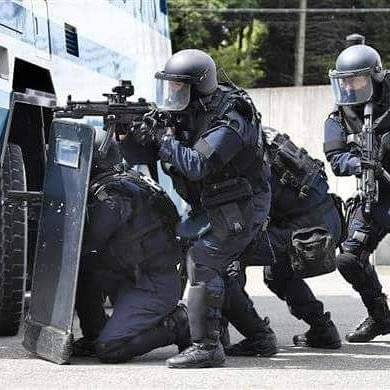 HIBANA (Yumiko Imagawa) “As my friend would say, 'A really big fucking hole coming right up.'”   A Nagoya native, Imagawa traveled the world to perfect her skills and technique. She is specialized in paramilitary techniques gained by training with the SAS, FBI SWAT, and GIGN, to name a few. From her diverse training, she acquired a rare tactical versatility, which includes a proficiency in tubular (bus, train, and airplane) assaults. The daughter of a local butcher, Imagawa was inspired by her family to practice Kyūdō from a young age. This long range weapon marked her entry in martial arts by perfecting her assessment of multiple factors a once while carrying precise, controlled, and fluid motions. Her area of expertise is to gain entry in high-risk areas. During her studies at the National Police Academy, she gained the nickname Hibana due to her improvised explosive devices and brilliant leadership skills on the field. Fluent in seven languages and lethal with any weapon, Imagawa was recruited by the Aichi Prefectural Police Department Special Unit, where her diverse techniques and charisma allowed her to move up the ranks quickly.   Psychological Profile Imagawa is a natural team builder. Passionate and adaptive, she inspires experts from diverse backgrounds to work together and reach a common goal.   -------------------------------------------------------------- 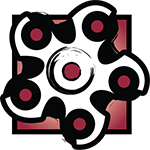 Hibana (Japanese: 火花) means "Spark" in Japanese. However, literally translated, it also means "Fire Flower", which is what her pellets also resemble. At the age of 18, he entered the Japanese police force and completed the SAT training course. She was known as Hibana from this time with his excellent team leadership and leadership.

She also conducted the Thermite and X-KAIROS projects in other international counterterrorism exchange programs. . The "Good friend" in the trailer is Thermite. The X-KAIROS' namesake (Kairos) means "a propitious moment for decision or action" in Greek, referring to both Hibana's ability to give such a moment with her gadget. In a Hippocratic context, it can also refer to experimentation to achieve a given goal, likened to Hibana's tinkering that resulted in the gadget's creation. In the dress, Kamon of the Imagawa family, a prominent family in Japan, is depicted.

ECHO (Masaru Enatsu) “Being efficient is just being lazy, but in a clever way.” 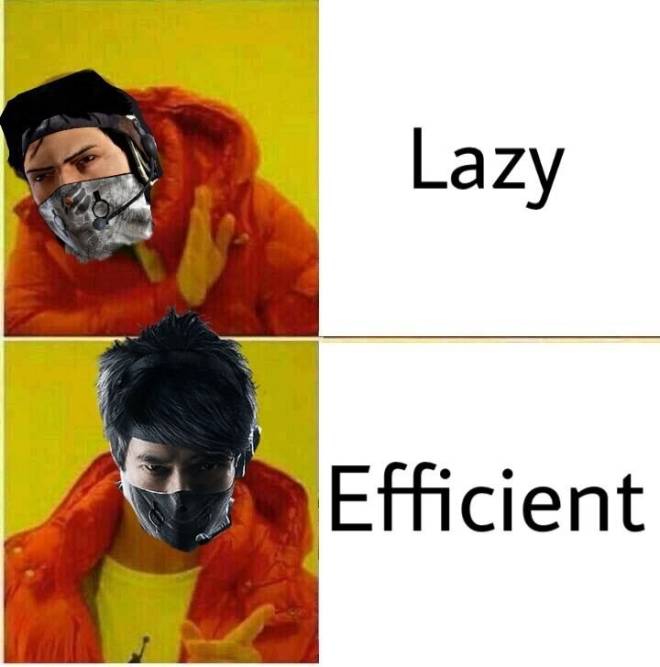 Masaru Enatsu grew up in Suginami City, Tokyo. This heavily populated city center is home to several animation studios and technology companies. At 16 years old, Enatsu was already challenging the robotics field by creating autonomous flying robots capable of search-and-rescue missions in highly difficult conditions. Two years later, he won the International Aerial Robotics Competition (IARC) and is known as having pushed the limits of what flying robots could accomplish. Enatsu was noticed by the National Police Security Bureau during his studies in Science and Engineering at the Tokyo Metropolitan University. Enticed to test his devices on the field, he entered the National Police Academy. A year later, he joined the Tokyo Metropolitan, Police Department Special Unit. Efficiency-obsessed and blunt, Enatsu is a talented officer despite his apathetic nature. In the wake of Nagoya's hostage crisis in 2007, Enatsu decided to transfer to the Aichi Prefectural Police Department Special Unit.   Psychological Profile Singularly focused, Enatsu's blunt communication style divides group harmony. His tendency to dismiss feedback has kept him from advancing to a higher rank. ------------------------------------------------------------

With Twitch, we have developed special equipment for GIS members together with Twitch, and there are many self-expression statements throughout the equipment development report of the eco-created Alibi. Also, the pride of engineers seems to be very high. He added that the description was different from the hologram. 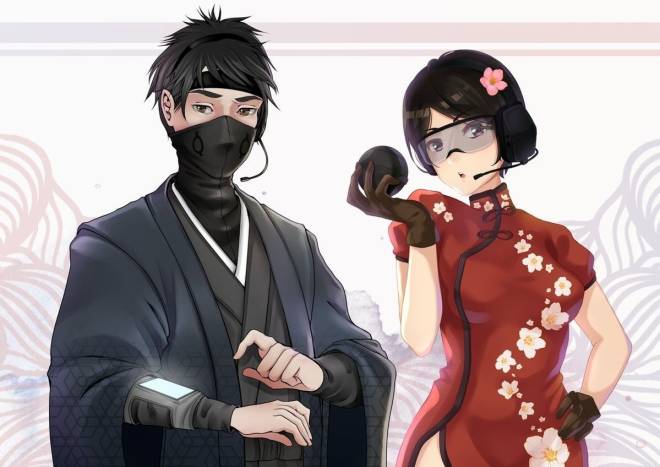 All of people involved are women. Ying was a lover, a close friend of the Dokkaebi, and developed a prismatic device by collaborating with Twitch for Alibi. The reason why it is because of the technical part of the rainbow team developed with Dokkaebi is that Dokkaebi's 'Logic bomb' does not drop the smartphone even if it dies without the smartphone ringing. So, in the game, you can not steal the screen of the Dokkaebi by hacking the Dokkaebi.   A Heavy Armored Operator, Echo's unique gadgets are two hovering drones called Yokai, which can stick to flat surfaces on a ceiling and cloak, as well as emit ultrasonic bursts that can disorient the enemy. The name of Echo's Drone, Yokai (Japanese: 妖怪), refers to the supernatural monsters in Japanese folklore. Echo's codename refers to Yokai's ability to send ultrasonic bursts.The top of Yokai is marked with the characters "重心操作" (Jūshin Sōsa) and "速度制御" (Sokudo Seigyo), which translate to "Center of Gravity Control" and "Speed Control" respectively.