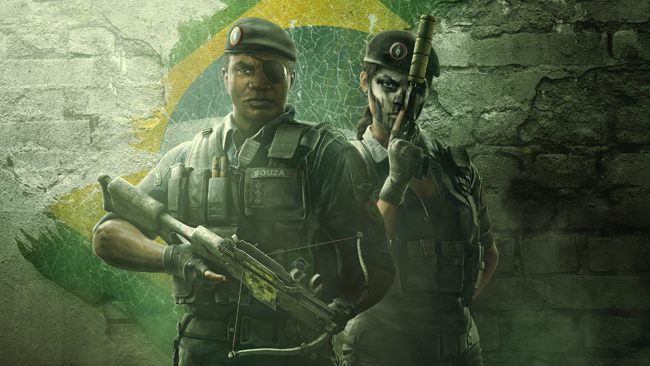 This is Lob Clancy’s Rainbow Six Siege Operators Story. I’d introduce BOPE. I hope you have fun reading it. If you have any errors or wrong parts, I would appreciate it. #LOBClancy #OperatorsStory #Operators   The Batalhão de Operações Policiais Especiais (BOPE) or BOPE is a special police unit of the Military Police of Rio de Janeiro State (PMERJ) in Brazil. Due to the nature of crime in favelas, BOPE units have extensive experience in urban warfare as well as progression in confined and restricted environments. It also utilizes equipment deemed more powerful than traditional civilian law enforcement.   Attacker : Capitão Defender : Caveira 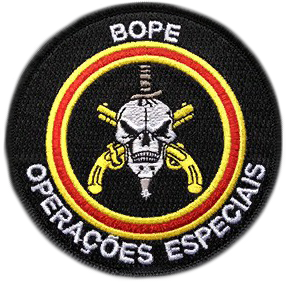 The concept is black beret, dressed in green with a symbolic color. The overall concept is offensive support. Power Light Armor Operator is designed to be aggressive at the same time as supporting equipment and special ability, so it can be used as an aggressive play but difficult to operate. 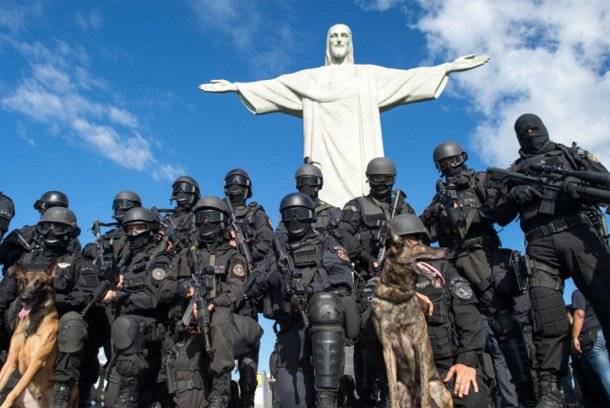 Unlike other troops that use advanced equipment, they have already used a phasing weapon that painfully kills their enemies in the crossbow that had long since retired from the front line, or a long-retired FN FAL assault rifle or a 1958 submachine gun Beretta M12 . Cabirela's LUISON pistol tied the cable tie to the silencer, knifed around his neck, interrogated, and the brutal environment of the Brazilian police and BOPE, as well as the painful suffocation or knife throat It shows how to choose the means and method.   ---------------------------------------------------------- 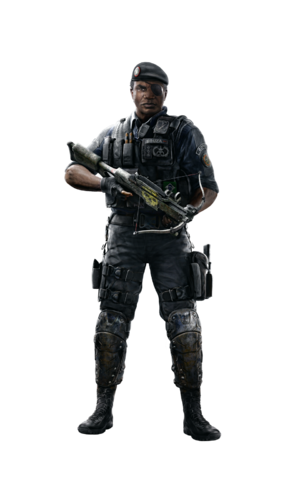 CAPITÃO (Vicente Souza) “Vitória sobre a morte é a nossa glória.” (Victory over death is our glory.)     Vincente Souza grew up in Nova Iguaçu outside of Rio de Janeiro, the youngest of three children. Tenacious and dedicated, Souza joined the Policia Civil after high school. He was quickly recruited by Cooredenadoria de Recursos Especiais (CORE). During a raid on the Terceiro Comando Puro with CORE, Souza was ambushed as he cleared a house in Senador Camará. Two months later, CORE was able to extract Souza and three other hostages during a rescue operation, however, the damage to Souza's body was done. There were talks of removing him from the field. In the meantime, CORE was looking for field operatives to test new gear, and Souza saw his chance. His stoicism and unique tactical method then turned him into a local icon. That's when BOPE made him an offer, seeing in him their unit's spirit, 'victory over death'. Souza could not turn them down; it meant working in the favela where his gear would lessen casualties.   Psychological Profile When Souza was ten, his older brother was killed by a member of the Comando Vermelho. After losing his brother, he dedicated his life to protecting Brazil. He can become fixated when innocent lives are at stake. This makes him an excellent operative in conditions where there is a high risk for collateral damage. His experience as a hostage has only strengthened his resolve to protect Brazil from the horrors the drug trade inflicts upon its people.   ---------------------------------------------------------- 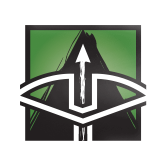 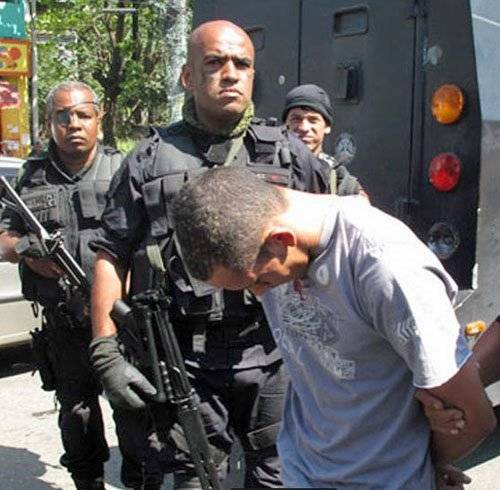 Capitão, in Portuguese, means "Captain".At age 10, his brother decides to devote his life to protecting Brazil after he was killed by a gang. After that, he was ambushed and kidnapped while working in the police and operating in the slums. Two months later he was rescued with the other hostages, but his body was damaged, and he seemed to have lost his left eye after being tortured. Although he is likely to withdraw from the front line due to injuries and aftereffects, he is selected as the right person to test new equipment and remains in the field, and then moves on to BOPE. A person who is innocent enough to try to save even innocent people from harm. In many ways, it has the opposite tendency to Caveira.   Similar to Castle, Capitão has two different character artworks. One is used as the Operator image in-game, and another is only seen when unlocking Capitão.The current illustrations are new illustrations, and the illustrations in the past have become more elderly because their eyes are more relaxed and their hair is gray. It was similar to Nelson Mandela in comparison. He has now been replaced and her eyes have become sharp, and her hair has become black, making her look younger than her age. 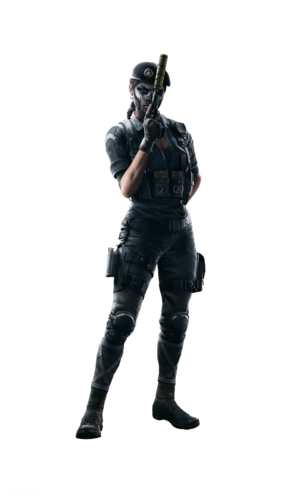 CAVEIRA (Taina Pereira) "Can't hide from me, seus bostas!"   Born seventh in a family of ten boys, Pereira had to be resourceful in order to get what she wants. Little of her childhood is known apart from the meager pension her mother received after her father died. She was six years old when the Pereira family was forced to move to a poor neighborhood in the outskirts of the São Paulo state. She only caught the authorities' attention when she was 16, after her mother reported that she had been missing. A year later, Pereira was arrested miles away on robbery charges in Rio de Janeiro. Remaining poised and displaying intellect throughout the process, Pereira impressed the judge in charge of her case. He was lenient towards her age and character, which, he claimed, showed potential for social-educational reform. He gave Pereira the choice between entering a juvenile reformatory (FEBEM) and working with BOPE in Rio de Janeiro. Sensing protection for her deviant predisposition, Pereira accepted to become a BOPE criminal informant.   Psychological Profile Pereira excels at extracting information from suspects. Albeit using controversial methods undermining BOPE protocol, she was a key interrogator during the 2010 Rio de Janeiro Security Crisis. Her brutal behavior on the field suggests she may be suffering from an anti-social personality disorder. However, the results of all the tests conducted were inconclusive.   ---------------------------------------------------------- 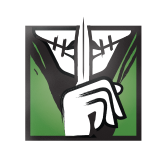 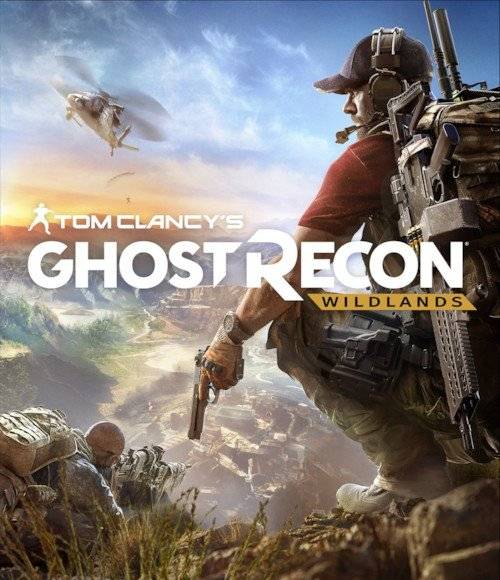 Caveira plays a key role in Tom Clancy's Ghost Recon Wildlands: Operation Archangel. In this Special Operation, Caveira went AWOL when she discovered that one of her brothers, Dengoso Pereira, suddenly disappeared while he was spying the cartel, Santa Blanca. 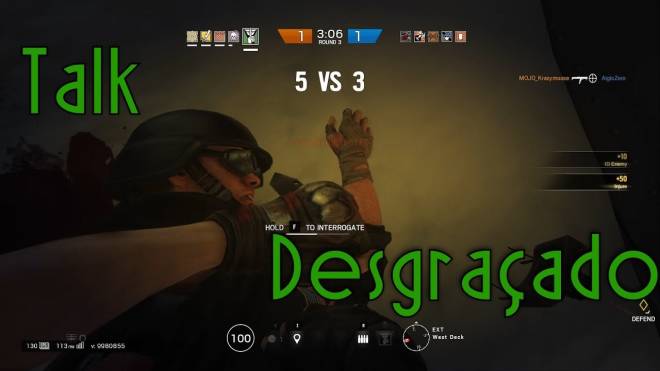 As it reflects the cruel personality, there are gloves in the modeling of the game, and there are many poisonous words in the dialogue during the interrogation. One of the interrogation ambassadors, "desgraçado" means idiot. In addition, there are a variety of dialogues including "Where are the rest of you", "Spill it", "Talk" and "Last Chance". And he is wearing only the chest league, not the body armor, to emphasize that the suspect interrogation is the main task, not the general tactical agent who does the suppression of the terrorism and the rescue of the hostage.   It is the first of these operators to use special technology, not equipment. There are two kinds of special techniques: interrogation, interrogation. In PVE, both become obsolete. Terrorists are united so that they can easily understand Caveira. Above all, terrorists can not even try to interrogate because they do not have the concept of injury. Of course, a semi-automatic shotgun with a box-shaped magazine is very high in firepower and damage, and thanks to the Luison handgun, which is fast in terms of weapon characteristics, it can play alone with terrorists in PVE alone. 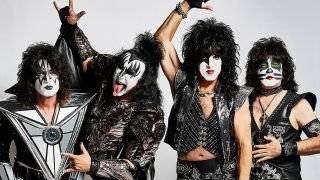 Caveira's Rock Star headgear is based on the face paints of the band Kiss.