Learning to Play Sledge in Rainbow 6

Sledge is the P-51 of Siege, in that all you want is altitude. 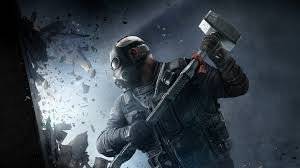 With two armor and two speed, Sledge is a versatile operator who can fit into almost any composition and can provide utility even when there aren’t any enemy gadgets to counter. His Unique Gadget is a Sledge hammer that can break most (if not all) enemy gadgets that are within reach, and also provide an easy way to destroy breakable walls and floors.   His weapons consist of either an L85A2 rifle or an M590A1 shotgun, while his sidearms consist of an MK25 or an SMG-11 (so basically his sidearm is an SMG-11). The shotgun could be a useful tool if you suspect the only thing you’re going to be good for is destroying more walls than your sledge hammer can handle, otherwise L85A2 rifle is the way to go to provide solid pressure when peaking windows and countering enemies who would spawn peak your team.   #MyExperience My experience with learning the ropes of Sledge this week has brought a couple of things to my attention. Firstly, I never noticed how powerful simply breaking a buncha walls surrounding (or leading to) enemy sites are. Not only do you give yourself more entry points, but by destroying anything and everything around your enemies, you give them more areas to think about, more gaps to cover with their weapons and gadgets. Honestly I felt useful just destroying things that no one on my team was near just to draw attention and threaten shots on rotating enemies. 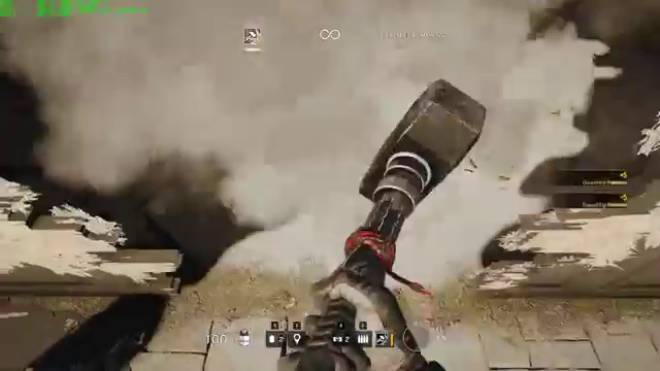 Secondly, there’s no room for a defending team to not use all of their reinforcements. I personally know for a fact that there are times when it just seems like all of the useful walls are reinforced and me and my defending team leave the rest of the remaining reinforcements to sit and do nothing. Sledge has taught me that this is a mistake: The more walls a Sledge (or any attacking player) has to create gaps and rotate holes for themselves, the less likely a defending team is going to come away with the victory.   Is there an exposed hatch leading to site? Destroy it. A window you don’t plan on going through? Destroy it. A wall leading to another wall that leads to site? Destroy it.   Sledge, unlike an Ashe or IQ, who take some time to destroy their respective walls with limited breaching charges or rounds, is great at teaching new players the ins and outs of maps because they can spam his gadget without a second thought. And while I may not be new anymore, there’s still a TON I have to learn, and Sledge is a great tool to help me do that.   #Utility Aside from the wall destruction I just mentioned, Sledge is great for general utility when you’re unsure of what your opponents plan is or what they main. Evil eyes, bulletproof cameras, and Castle reinforcements are all made useless by Sledge’s hammer, so he’s great to have when picking blind.   #VerticleAggression 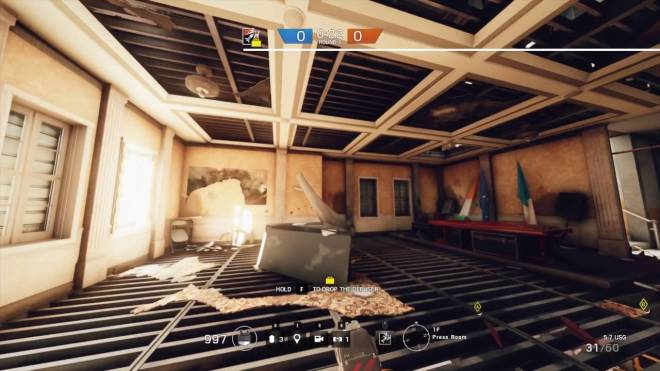 As mentioned before, Sledge likes altitude. What I mean by that is he likes being a floor above his opponents, since the floorboard he stands on are easily destroyed by his hammer in rapid fashion.   His common gadgets, which consist of stun grenades or frags, can fit through the destroyed floors to provide a Sledge player with easy kills after shaping them up with his hammer. And his Rifle, which has access to long range scopes, are accurate enough to sweep each and every corner of the exposed sites to keep the enemies on their toes.   Basically, if the other team knows there is a Sledge main on the other team, they will be forced to either all stay off site or send 1 or 2 people to roam to try and take him out before he can do much damage, assuming the site isn’t on the top floor. If the site is on the top floor (leaving Sledge with no option to break things up from above) the defending team is still forced into not putting any gadgets (camera’s or otherwise) too far away from the site, lest Sledge destroy them with ease.   #TheVerdictOut of all the operator’s I’ve played, Sledge is both the most consistent and the easiest to pickup. Unlike IQ, where the defending team might not have much pertinent info for you to relay, or Ashe, where two breaching rounds might not be enough, Sledge always comes prepared and isn’t stopped in his tracks by a variation in composition or map.   Where Valkyrie is banned, I think I might start maining Sledge given just how satisfying he really is to play.   GLHF, -E