Learning to Be a Crackshot in Rainbow Six

Some of you might have seen this coming if you’ve been following my journey in this R6 series. A common thread that ties in all of the strategies and mechanics I’ve been trying to learn is the ability to win duels. AKA, the ability to be a good shot. 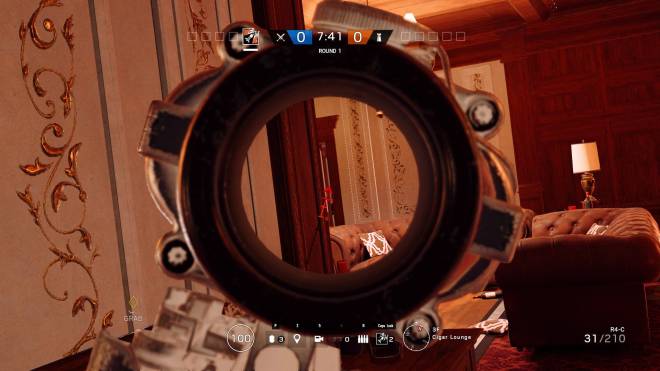 Because of this, I’ve spent the last week focusing on nothing but improving my aim. No fancy mechanics, no extraordinary strategies, just shooting practice. And I have to say, it’s about as easy as everything else has been the past few months. That is to say, it’s a lot harder and a LOT more complicated that I had previously assumed. Here’s the 3 lessons this week of practice has taught me when it comes to landing those headshots.   #1) It’s 20% reactions, 80% patience. Often enough, you’ll know ahead of time where the enemy is going to come from. Standard and player owned cameras, footsteps, gunfire, and teammate callouts are often more than enough to be 100% sure that an enemy is approaching from a specific location. This means that, unlike in games where you’ll be constantly putting your head on a swivel, the deciding factor between two players having a gunfight is usually a matter of patience. 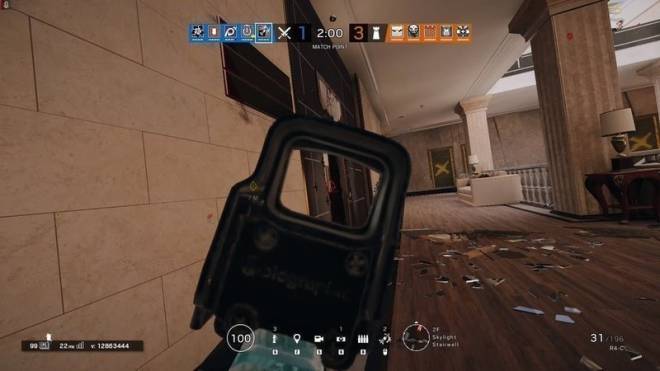 Things like never surrendering a strong vantage point, refusing to panic and make noise for enemies to capitalize on, or psyching yourself out and trying to rotate to an unnecessary position are all the key ingredients to a patient play, and more times than not will result in you securing an easy kill simply because you held your ground and trusted your instincts.   Make no mistake, though. That 20% is the hardest part to learn. Sure, you can force yourself to be patient, but having an unmatched reaction time is often what makes good players great and is easily the hardest aspect of the training I went through this week.   #2) A good shot fires at people the least. 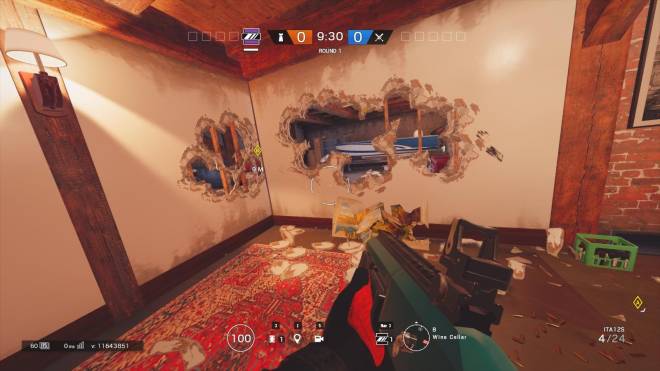 Sounds counter-intuitive, doesn’t it? But from what I've seen, it’s always the case. Any time there’s a hyper carry on the team, any time there’s a player with just a little more skill than anyone else at my rank, they almost never stop firing their weapon and gadgets at walls, fortifications, and windows (save for an anchor on defense).   It’s pretty simple, really. A good shot is confident that he or she can take advantage of any angle or hole in the wall, and so they make as many of them as they can that either puts the defensive team at a disadvantage, or puts the attacking team out in the open in as many areas as possible.   They shoot at players, but it's always a minuet part of their game given how much they busy themselves with shooting at everything else.   #3) There’s no room for second guessing I touched on this briefly in the first lesson, but psyching yourself out, or second guessing a decision you’ve made, is probably the worst thing you can do in this game. In my experience, committing to a non-optimal play is FAR better than canceling that play halfway through.   This game is often decided by the pro-active team. The team that trusts in their decisions, plays consistently, and doesn’t falter from a plan, even when things go south. The team, or player, who is only willing to make a play or shoot their weapon when they feel like they’re in a safe position are the ones who will lose the game.   The team that trusts their patience, aggression, will always have the confidence to hold their crosshairs in the right spot, and won’t be sullied into making a rotation that puts their enemy in a strong position.   This is one I struggle with, but if you decide to rush someone down and you KNOW where they are, don’t back out. Do it, and do it fast. Aim for a perfect shot, execute your plan without a lack of confidence, and you’ll either come out on top in that play, or come out on top in the long term, as you’ll be teaching yourself how to play like a high-leveled master of each discipline or, more simply, a confident crackshot.   I, for one, am still working my way there.   GLHF, -E