This is Lob Clancy’s Rainbow Six Siege Operators Story. Today, I’d introduce the background and story of the FBI SWAT team following the last SAS.I hope you have fun reading it. If you have any errors or wrong parts, I would appreciate it. #LOBClancy #OperatorsStory #Operators 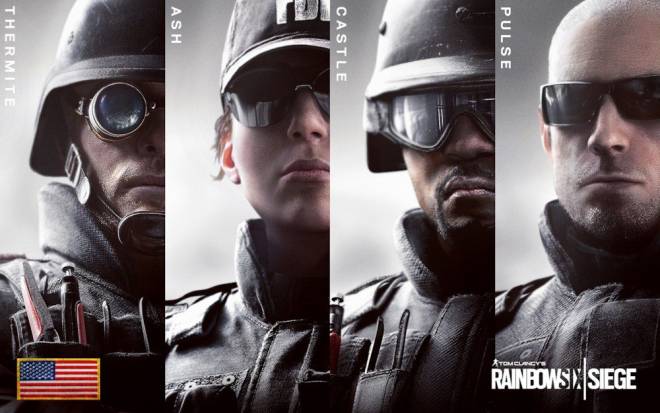 FBI Special Weapons and Tactics Teams (SWAT) are specialized tactical teams of the Federal Bureau of Investigation (FBI). SWAT agents are specially trained to intervene in high-risk events like a hostage and barricade situations. The FBI maintains SWAT teams at each of its 56 field offices throughout the country varying in size up to about 42 members. In the event of a large-scale problem that local law enforcement does not have the resources to handle, FBI SWAT teams from the local field office, as well as outside the local region can be dispatched to aid the local authorities. 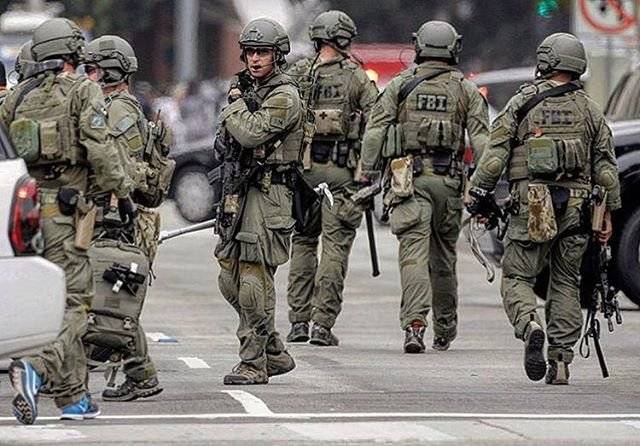 The symbolic color is dressed in orange The concept is black uniforms, sunglasses, eyeglasses and goggles. It belongs to the Los Angeles branch of all members of the crew. The overall concept is geostrategic, specializing in breaking through or overturning terrain. Each member's ability is very good, but they can be neutralized by some variables. In addition, the ability to defend themselves easily breaks down the area, so communication and cooperation with team members are important.   Attackers are used to exploit all of their own equipment, so they are highly popular and use weapons. However, there is an evaluation that the defendant is a conditioner-only good operator. Castle has too many counters, and Pulse is determined the success or failure of the game by users’ skill. For the defense team's UMP45 submachine gun, the single-shot power is strong, but the Full Auto speed is too slow, which is very difficult at close range even though it is SMG.     Attacker : Ash, Thermite Defender : Castle, Pulse -----------------------------------

ASH (Eliza Cohen, אלייזה כהן) “I make a killer entrance.”   Born and raised in Jerusalem, Israel, Cohen enrolled at Tel Aviv University after secondary school in the Engineering program. It was during this time she did a semester abroad at Boston University. After college, she enlisted in the Israeli Defense Forces. Her engineering background made her a great candidate for mechanical maintenance and demolitions. She was later transferred to FBI SWAT due to an international law enforcement exchange program. Cohen brought her knowledge of demolitions with her in producing a weapon-mounted breach charge capable of blowing open a door or wall from a distance.She is known for her rivalry with Spanish operator MIRA. Ying and Fuze, and they are aggressive personality, and it is said that Ying and Fuze are disagreeable.   Psychological Profile Her military training as a demolitions specialist has left Cohen with an inflated sense of self. She can be aggressive, impulsive, and overly confident. She is quick to action, which can be an asset or fatal for someone in her line of work. ------------------------------------------------- 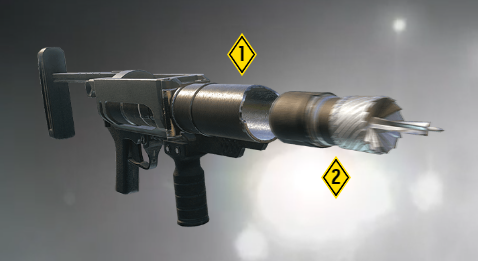 The M120 CREM was developed as a portable projectile breaching weapon. Similar to other explosive breaching tools used by American and Israeli armed forces, the M120 CREM is capable of breaching through doors without the need to focus on destroying hinges or locks for entry. Unlike other explosive breaching methods, the M120 CREM is comparatively portable with its decreased size and weight, allowing it to be carried as a secondary weapon. The M120 CREM has been successfully utilized by FBI SWAT in penetrating fortified compounds during hostage and search and rescue operations. Thermite (Jordan Trace) “Where there's a wall, there's a way.” Trace joined the Marines after high school, serving two tours in Iraq. After his discharge, he used his GI Bill money to put himself through college at Texas A&M and earned a Bachelor Degree of Science in Chemistry. He then joined the FBI. After four years as a field agent, he transferred to FBI SWAT.   Psychological Profile Regimented, disciplined, orderly, these are the words people use to describe Trace. He knows when to relax, especially in social situations. He takes pride in knowing all of the variables. Trace prefers to be the one in control rather than leave things to chance. -------------------------------------------------

Developed by FBI SWAT engineers, the BRIMSTONE was designed to breach reinforced locations utilizing a compact and portable explosive load that can deliver maximum force and destruction. As can be seen in the game, the charge first burns through the barrier and then blows that cut piece up with C4. The BRIMSTONE was effectively utilized in the field during a rescue operation in which several people were held hostage in a fortified farmhouse. (Which can possibly be a hint of the operation taking place in Oregon.) The destructive power of the BRIMSTONE allowed agents to breach a reinforced metal security door at the back of the house.   Because it is an explosive-related character, it is the only agent that has burn scars on both arms and wears a bandage and does not wear gloves. And wears welding goggles instead of ordinary sunglasses.   He is associated with other hard breaches that can penetrate reinforcing walls. Hibana and Thermite have developed X-KAIROS project to develop 40mm penetration pellets, and we are close enough to call each other friends. And when Merrick moved to Rainbow, he improved the prototype torch he had always carried in Afghanistan. As a chemistry major, the prototype flame can be drilled for a few hours. His face was revealed in the Outbreak video, beard, face, and short-cut hair are impressive. It was called together with Doc at Ash's call. Ashes say that Mexico is dangerous once the infected people are released. And the nuclear weapon was attached to the meme. Thermite holding a nuclear launch button. After that briefing, I do not mind even assembling the explosives with nervousness. I get Ash pointed out, and in the briefing, I know that parasitic creatures are trying to breed the National Guard's blockade operation. I developed a prototype nano pyrogenic explosive He says he will blow away the breeding ground. Briefs the players like an announcer in all outbreak missions.

CASTLE(Miles Campbell) “Amateurs.” Campbell graduated from Cal State LA with a bachelor's degree in Science and Criminal Justice and promptly joined the LAPD. After five years on the job, he was assigned to the LAPD SWAT team where he excelled at for three years before being transferred to the FBI. Campbell spent two years as an FBI field agent when his career had taken a natural progression as he was reassigned to the FBI SWAT team.   Psychological Profile Campbell has a knack for putting people at ease. He always appears comfortable regardless of the context. Campbell constantly strives to make sure that those around him are taken care of and feel safe, and is highly protective of people close to him. -------------------------------------------------

His hobbies are Latin, Spanish and Korean, and he has Spanish and Korean staff members added during the second year. In the third year of the season, additional troops were added to Italy. But there is no contact with anyone (...).   Although it was the only black in the team originally, the release of the Brazilian offer radiant Capitang and the British-born Classy put down the only black title. Intro video also features a black American profile for a short while, the only black American castle in the team. And he looks very much like Kanye West. 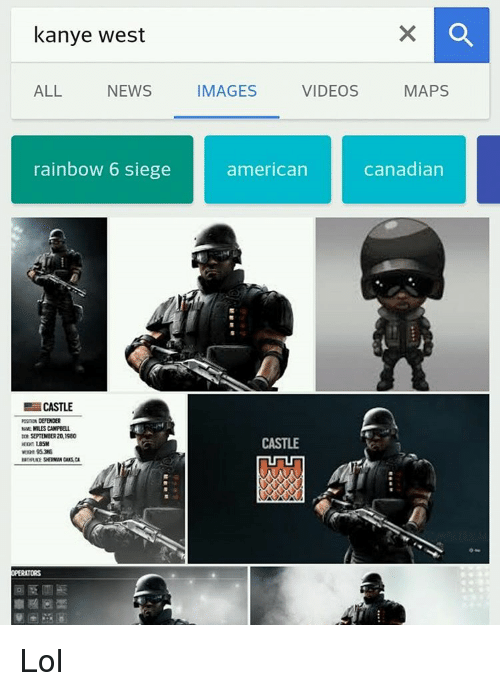 Working with FBI SWAT, Campbell was in the middle of a hostage extraction when he became cornered in a small outbuilding. The dilapidated structure lacked a door. Utilizing what was available to him, Campbell fashioned a crude blockade with a discarded blanket and a staple gun he found in the shed. This allowed him to limit the line of sight to the building and remain concealed until backup took out the pursuing hostiles. This experience inspired the creation of the UTP1-Universal Tactical Panel, a lightweight barricade that has been successfully utilized in FBI SWAT operations since its implementation in 2013. 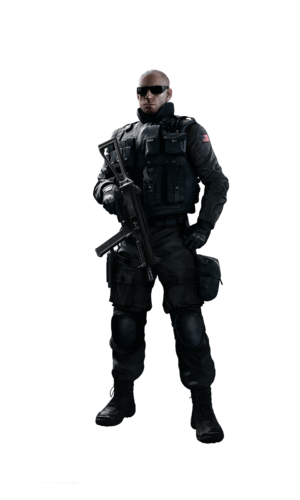 Pulse (Jack Estrada) “I see I've got your heart racing.”   Born to Cynthia Estrada and Mark Peterson on Seymour Johnson Air Force Base, Jack was raised as a military brat. Following his mother's footsteps, Pulse became an intelligence officer.   Psychological Profile As a result of the constant relocation from base to base, Jack was fascinated by the microscopic variances that comprise identity. He became adept at recognizing micro-expressions and delineating a person's history based on their speech patterns and physicality.   --------------------------------------------------

He seems to be very good at psychology, and seems to have worked as a negotiator (negotiator) within SWAT until joining Rainbow Six. While working in the FBI biometrics program, Jack developed a portable device capable of tracking a suspect’s blood flow and heartbeat. The portable cardiac sensor proved a useful non-invasive interrogation tool as the operator was able to monitor the stress level of suspects and reliably determine their truthfulness. The sensor was then equipped with a higher resolution screen and programmed to determine the relative distance of targets. The modified Cardiac Sensor was successfully implemented into the FBI SWAT team’s surveillance counter-measures where sniper spotters and negotiators have effectively used the device to locate hostiles behind cover or from a secure location. Pulse was the lead negotiator in the abduction of a man named Michael Somerset, where it was also the first Operation to utilize a prototype of his Cardiac Sensor.