Hi there, My name is Lob Clancy. I know that Rainbow Six Siege is as much information as it was three years after it was released. However, I feel stingy about basic information as old. There are already a lot of tactics related information, but I just started to run this series because I wanted to convey the background story of the operators. Even if I do not write enough to satisfy you, I would appreciate it if you could cheer me up and have fun reading. #LOBClancy #OperatorsStory #Operators 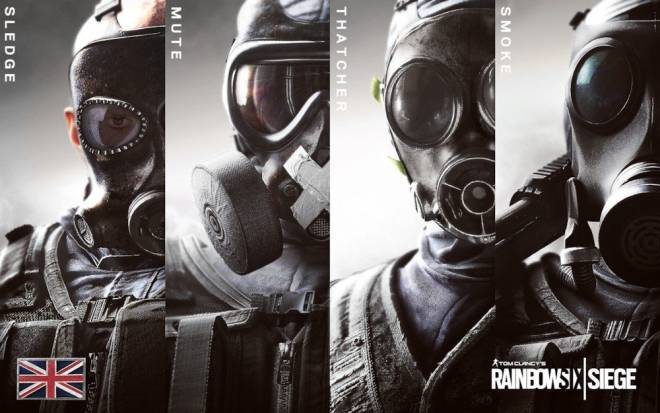 The Special Air Service, commonly abbreviated to SAS, is a special forces regiment of the British Army, first active from 1941 to 1945, then from 1947 onward. They conduct diverse unconventional warfare. Before entering, soldiers go through a difficult training course called "Selection". If a soldier passes, they are transferred into either the air, boat, or mobility unit. As well as this, all three regiments that form the Special Air Service have a main and reserve counter-terrorism unit. 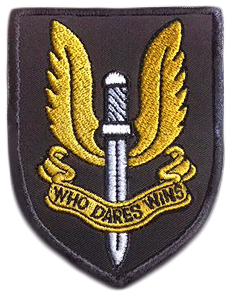 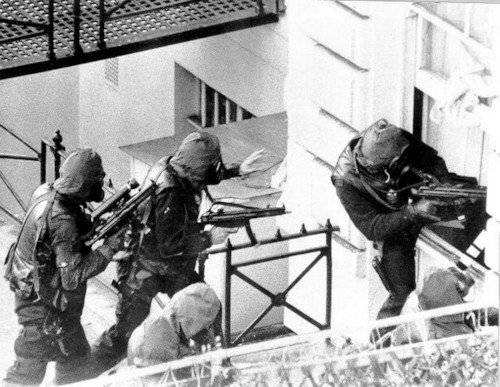 The symbolic color is light purple, and the dress concept is a uniformed combat suit and a harness for repelling worn in 'Nimrod operation'. And it is always wearing a gas mask that is also a symbol of SAS. However, in order to emphasize the personality of the crew, the shape of the gas masks of the crew differ according to their own equipment and age.   The whole concept is versatile, EMP is used to destroy or temporarily disable genders of defense team, to destroy general wall with hammer and to kill enemy for arts, to block attacking team's drones, And it has an infinite capacity to use as a means of smashing and killing, to use basically but important elements and to use it in various ways.   Attacker : Sledge, Thatcher Defender : Smoke, Mute -----------------------------------

SLEDGE (Seamus Cowden) “Who needs explosives?” Seamus Cowden hails from the upper tip of the Scottish Highlands. Due to his imposing physical stature and athleticism, he found early success as the Captain of the 1998 Scotland National under-20 Rugby Union Team. A strong desire for public service inspired Cowden to enlist in the army at 18, after five years of active duty, he was recruited by the SAS.   Psychological Profile Cowden displays natural leadership qualities, likely developed during his amateur sports career. His comfort on the front line can be attributed to his confidence and tactical experience. -------------------------------------------------

He is in great shape as an operator wielding a huge hammer, the tallest man in the Rainbow Six group. In the initial setting, He was 6'3"and 229lbs. It was almost a professional wrestler class specification. As a soldier,it was too excessive so the weight was adjusted to 209 lbs. The arm muscles are enormous, the size of the larynx and triceps of in-game modeling is about the waist of other female members. He was already the captain of the Scottish U-20 Youth Rugby national team when he was a teenager and set a record in the famous Special Forces SAS physical fitness test.   In addition, the team was highly qualified enough to take charge of the Rugby team, volunteered for the public good even though it was a promising future for the national team, and had a significant influence on the operation of SAS from the moment when Sledge was sent to the Rainbow team and was not serving in SAS. SAS with approximately 1,500 employees is said to have no replacement for the Sledge. The character is truly a Munchkin with all the power, skill, and personality.   As a Scottish highlander, he used to speak in ‘Lads’ instead of 'Mate' when calling his Scottish accent and members, and wrapped a piece of kilt around his hammer bag and right leg calves.   The Sledge gas mask does not have a protective hood and a cleanser, because it uses a crush hammer, which is a unique piece of equipment accompanied by intense physical activity. It is difficult to breathe much if you put a canister in it. If you wear a protective hood, you can not get out of body temperature and heat fatigue increases rapidly. The reason why SAS is using gas masks is that the members of the crew are all classified because they are confidential, and they want to prevent exposure to their identities and the unique mechanical and non-human appearance of the gas masks. It is to instill fear. And in the case of SLEDGE, it can also help to prevent debris or dust from entering the eye or respiratory tract when breaking the wall with an additional hammer. 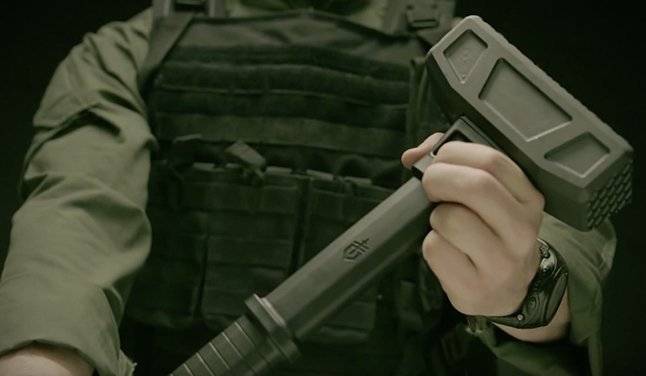 His unique gadget is Tactical Breaching Hammer “The Caber” which is a tactical hammer used in door breaching. The actual model is Gerber gear's Ding Dong.

THATCHER (Mike Baker) “I've been doing this longer than you have been alive.”   Born into a family of stevedores, Baker enlisted for active military duty on his eighteenth birthday. A veteran of three wars, Baker was the oldest SAS operative on active duty until he was recruited by Rainbow.   Psychological Profile Baker is highly observandt, calculating and decisive. While his demeanor may denote traces of impatient cynicism, Baker possesses a profound sense of ethical responsibility. It is recommended to assign Baker with junior operators of strong moral conviction, whom he can mentor.   ------------------------------------------------

"GPS satellites? Unmanned drones? Fucking laser sights? The more crutches you have, the more it hurts when they're kicked out from under ya. If there's one thing I know for sure, it's that a six inch blade never loses reception." The story of the laser sights in the first line is that SAS is renowned for its difficult and difficult-to-fire firing. Laser sights make it easy for anyone to aim fire, but the speed of shooting is slow if there is not enough training. For this reason, the older cops who are accustomed to the classics seem to hate laser sighting considerably.   He was born in 1961 and is the second eldest of the crew. There is a 30-year-old gap from Mute, the youngest member.   He was born in a harbor worker 's house and joined the British Army Airborne Corps on his 18th birthday. This man was a SAS top man who had gone through three wars and his military power was almost 40 years. After that, it was added to Rainbow. Personality is seemingly impatient, cynical, but has a profound ethical responsibility and is a mentor to successors with strong moral convictions. So there are aspects that are highly reputed among Rainbow Specialists.In particular, newcomers say Thatcher is highly respected. Maestro and Kaid, who respect and compete with each other as the same delegate,are typical example.   Despite his old age, he is said to be a close-up master and has no equal in operations that do not use high-tech equipment.The concept of the character itself is the counter for all electronic devices. As you can see in the introduction video and the dialogue, it seems that the market does not trust the state-of-the-art equipment and prefers analog technologies. However, it is ironic that EMP hand grenades, which are dedicated equipment, can use Drone and Laser Sight, which he criticized, are state-of-the-art equipment.   Older equipment is used to emphasize the eldest. In the old S10 NBC gas mask paid in 1986, a pig leather tactical vest is worn, and the dagger is also a very classic Fairbairn–Syke knife. Even a dedicated assault rifle can be used with a long-standing HK33 already retired from the first line. 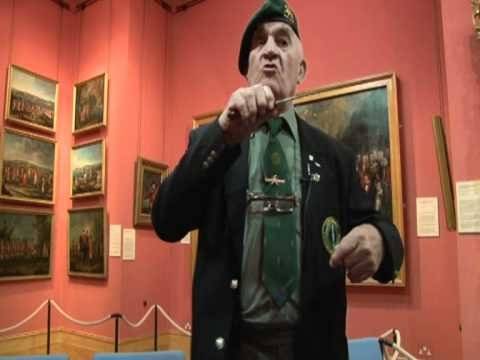 In the biography, he experienced Falklands War, Nimrod Operation, and Gulf War. Thatcher has been in military service since 1979, so it is not a lie to say,“I've been doing this longer than you have been alive.”one of the ambassadors of the terrorist hunt. And I have a Military Medal ribbon on his chest.   "Fucking laser sights", an ambiguity spoken by the Thatcher on the introduction video, was influenced by the British accent of Thatcher and became "Fookin laser sights" ! "And became a meme symbolizing the Rainbow Sixth Siege.When Thatcher becomes a critical as abusive speaker like Gordon Ramsey or other characters did something to hate thing suddenly we can hear the ‘Fookin’ sound. 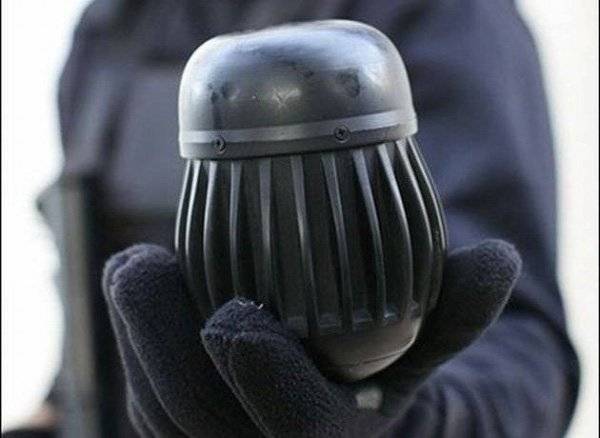 The motif of the EMP grenade is a Portable Jammer Package made by Israel's Netline, which is intended to actually operate and thrust into obstructing radio communications. Compared to the ability of coping, the big frame is the same. At the top is a union jack. In concept art, it is written Iron Lady, nickname of Margaret Thatcher.   The relationship with the Lion was not good, and during the training evaluation, a struggle ensued, punching Lion's face. That's why a big fight between SAS and GIGN was about to happen. Considering the relationship between Britain and France, it is quite realistic.

SMOKE (James Porter) “I'm not looking to get snookered.”   Porter was not an academic, although in secondary school, he excelled in science. He took a particular interest in biology and the unit on dissection. During his gap year, Porter enlisted in the British Army, using a fake ID to circumvent parental consent.   Psychological Profile Porter is a thrill seeker with very little regard for his personal safety. He is fearless in battle and can be a great asset for defensive maneuvers. However, he seems to enjoy the havoc and chaos of war. He tends to have an odd sense of humor in stressful situations. Can be narcissistic. ------------------------------------------------

The smoke mask is a motif of Avon's FM10 gas mask, which has two more cleansing baskets attached to the valve of the gas mask.   His career seems to be full of combatants. He pursues nothing but excitement, and when he is under a stressful situation, his sense of humor changes strangely, and his tone changes when he enters a battle. Poison gas grenades are called Babes and Beauty. One of the lines to save the wounded soldier was, “Is that too painful?" and the ambassador opened up barbed wire when he opened the barbed wire. "Who should shave?" In the introductory video, the pronunciation of the canister is sometimes treated as meme. He has no sense of hypocrisy because he is a double-crossed person. He was a middle school graduate and even a dropout, so he went to the army.

MUTE (Mark R. Chandar) “I think you've said quite enough.” Chandar graduated from secondary school at the age of twelve. A science prodigy, he was accepted into the University of Cambridge, Department of Engineering at fourteen after completing an internship at a British tech company during his gap year, working on prototypes for a new security system.   Psychological Profile Chandar is highly intelligent and analytical. He is used to being the youngest and smartest one in the room. A man of few words, he prefers brevity and clarity to extemporizing. His curt nature is easily misconstrued as rudeness.   --------------------------------------------------

The radio jammer that Mute is using now is said to have been used when working at the Information and Communications Division. There is no such thing as the relationship is not clear as the setting is low, but the setting to make friends with the beads added by the 707th SMB update has been added. When you wear an elite skins, you can see the eyes, but it is younger than other male operators. As the youngest person, wear a new type of respirator with integrated lens. 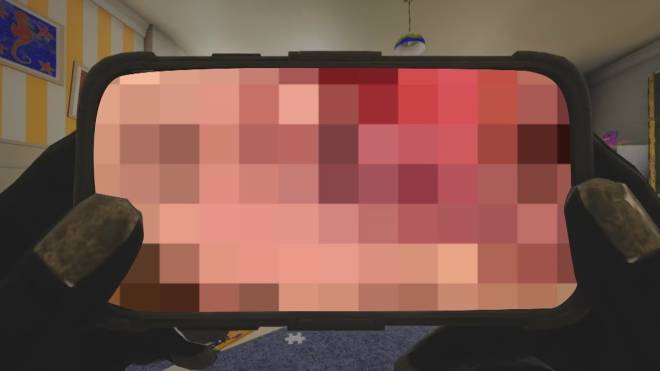 There are incognito modes in the Rainbow Six Siege memes, where they get into the bedroom, take out their smartphones, and synthesize a number of images on their smartphone screen, usually with a little gnarly animated FBI! OPEN UP! It is a meme that ends with a scene in which people put a sound and burnt their guns. Some memes include FBI warnings here, or something else instead of briching. The mute's special ability, the signal jammer, is compared to VPN or incognito mode to describe the mute as the main victim.