A guide to using Ying on Outback

■ Using Ying on Outback Outback is a small confined map, with two floors. Outback, with the exception of it’s garage area, is a map with many small rooms and a lot of tight narrow hallways. Attackers can use these many interconnected rooms to their advantage, flanking roaming defenders and catching them by surprise.   Ying is a two speed, two armor attacking. Her gadget is the Candela device, which is a hybrid between a super-powered flash grenade and a non-lethal version of Fuze’s gadget. The Candela can either be thrown, or it can be mounted to soft cover and detonated against the surface. Ying cannot flash herself when using these Candela devices.   Ying has a choice of two primary weapons. The first is the T-95 LSW Light Machine Gun. This LMG boasts high damage a high damage output with 81 bullets per clip. It has a relatively low rate of fire with a higher level of recoil that reduces its effectiveness. To get more out of this weapon, you can equip it with an ACOG scope, to engage enemies at a long range.   The other primary weapon available to Ying is the SIX12 shotgun. This is a fun weapon to use if you are a fan of using shotguns, however it’s effectiveness can be quite limited when playing at a higher level. Don’t let this fact dissuade you from choosing this weapon if you are just looking to have some fun.   Ying’s only choice of sidearm is the Q-929, which is a middling semi-automatic pistol without any notable features, though it’s a solid backup weapon. 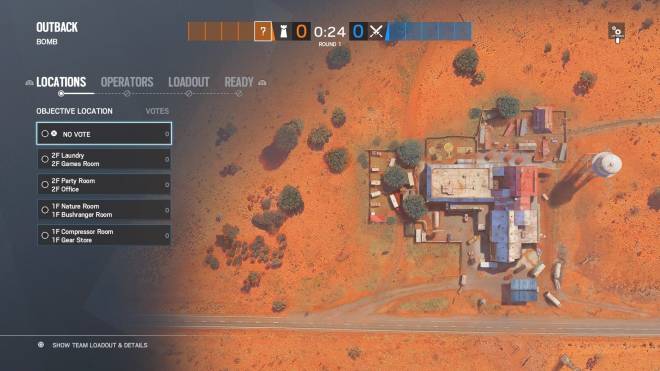 ▲ The sites you will have to attack on Outback.   ▶ In case, the site is located at '2F Laundry ~ 2F Games Room' These sites are quite far apart and are separated by a long hallway that encompasses much of the second floor. Attackers should look to control this area in its entirety and not just the individual bomb sites. You and your teammates can gain entry to the 2nd floor directly using the many windows and doors at your disposal. 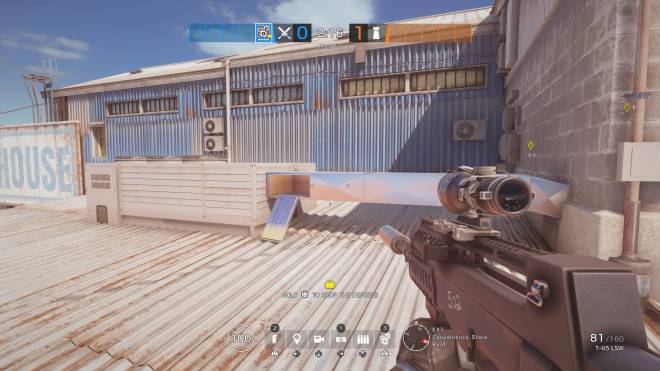 ▲ The Convenience Store Roof has two windows from which you can access the 2nd Floor.   Laundry, Bomb Site A, is a small room with two doors. One door opens out onto the hallway which connects the two sites. The other door leads to a landing which is connected to a staircase you can use to access the 2nd floor. Be cautious if you plan on moving up through the hallway. There are many doors branching off from this hallway, with defenders possibly anchoring inside. 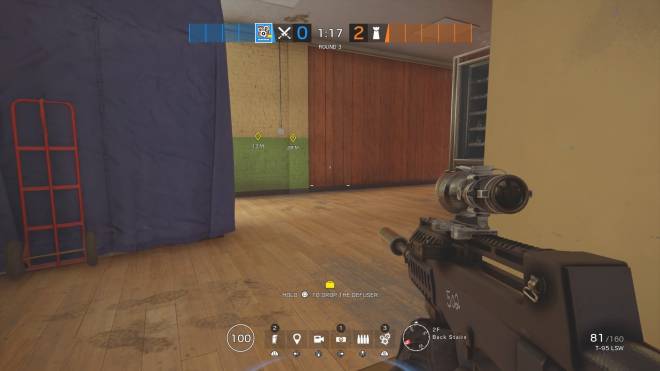 ▲ From the Back Stairs you can create an opening into Bomb Site A.   Games Room, Bomb Site B, is medium sized room with ample cover. It has a door which faces the rest of the 2nd floor. Outside the door you will notice a bull. Once in the mechanical bull area, you should be relatively safe, if you have cleared out the rest of the floor beforehand. You can use this bull as cover as you peak into this site. 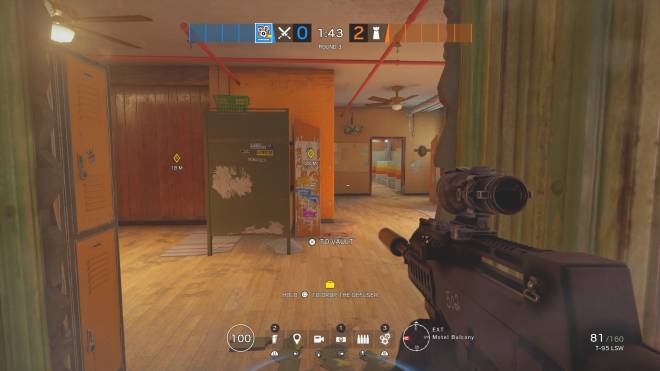 ▲ You may catch a defender roaming through this area if you hold this line of sight for long enough. 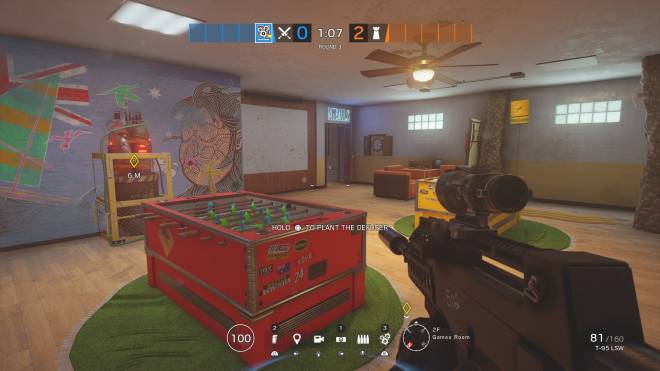 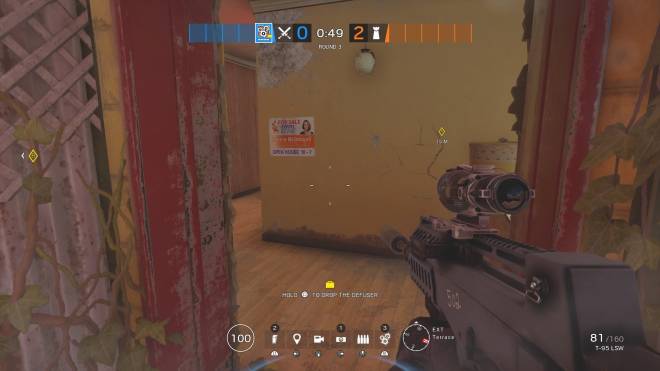 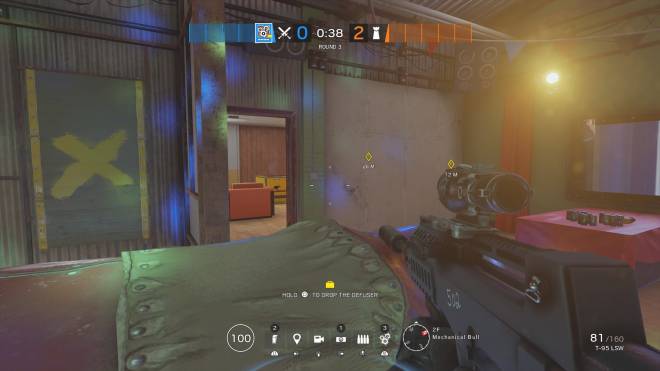 ▲ Expect heavy resistance to occur in this doorway.   ▶ In case, the site is located at '2F Party Room ~ 2F Office' Party Room, Bomb Site A, is a small room with two doors. The first leads into the Bomb Site B, the other opens out to the rest of the second floor. Any defenders anchoring in this small room will be very susceptible to any stun grenades or similar gadgets you have at your disposal. 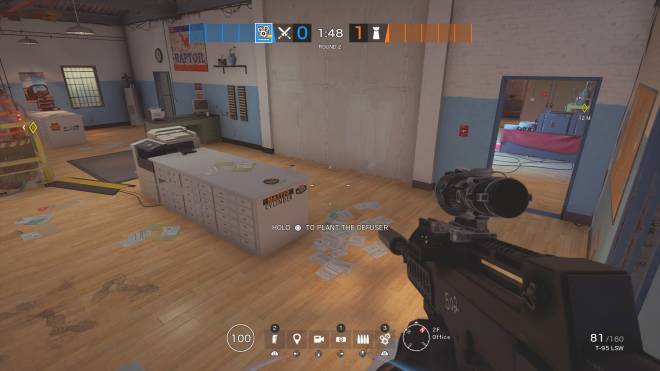 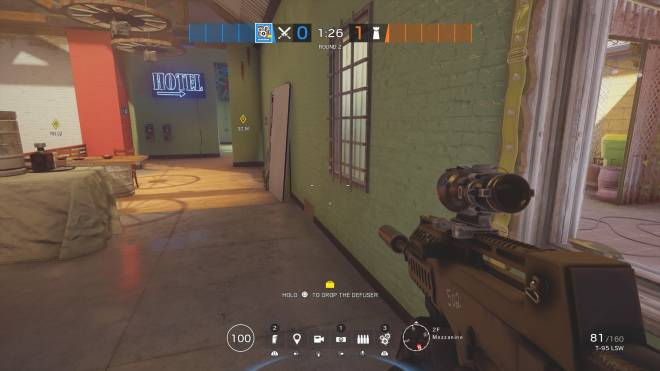 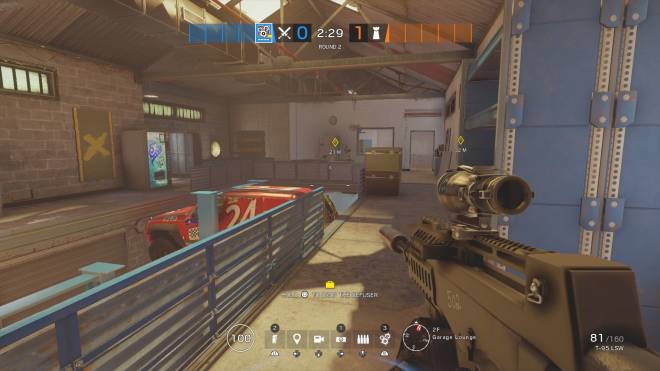 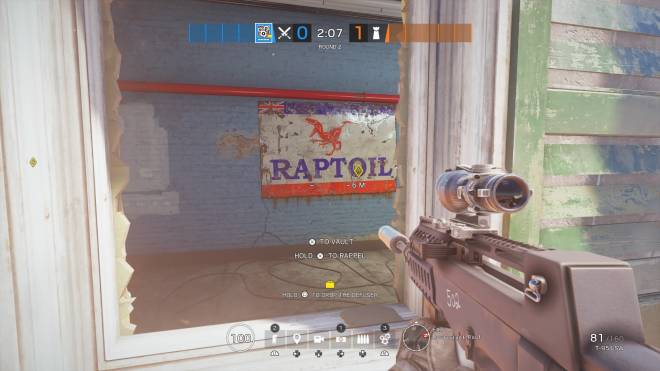 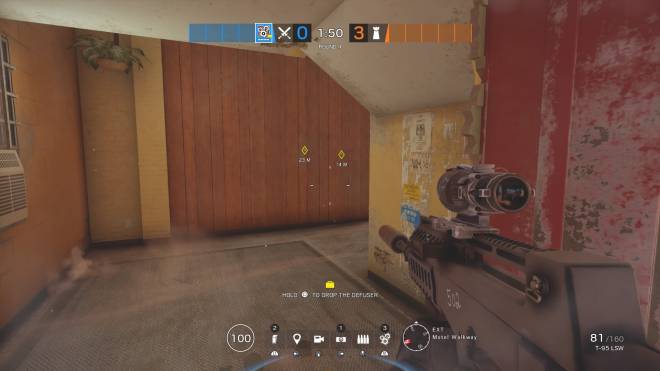 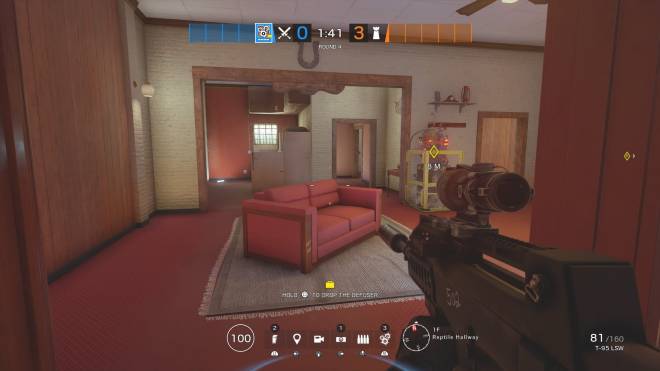 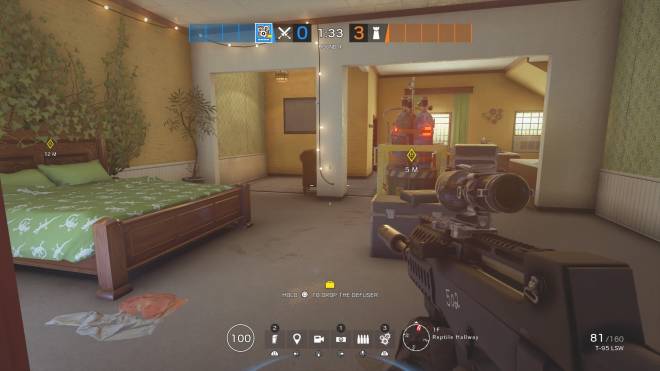 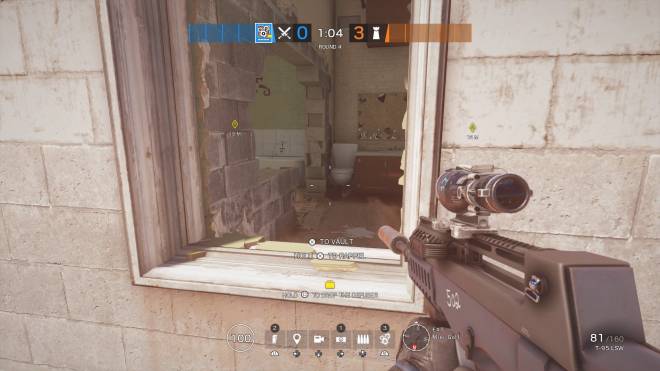 ▲ This window has a view of the small room that connects the two sights. Expect a firefight if you open this window.   ▶ In case, the site is located at '1F Compressor Room ~ 1F Gear Store' Gear Store, Bomb Site A, is a small room with three doors. One leads to the other bomb site. The other two are on opposite sides of the walls facing each other, which allows attacks to come from these two different angles. This makes staying in this room difficult. Opening either of the breakable walls on either side of this site will leave any defenders anchoring inside greatly exposed. 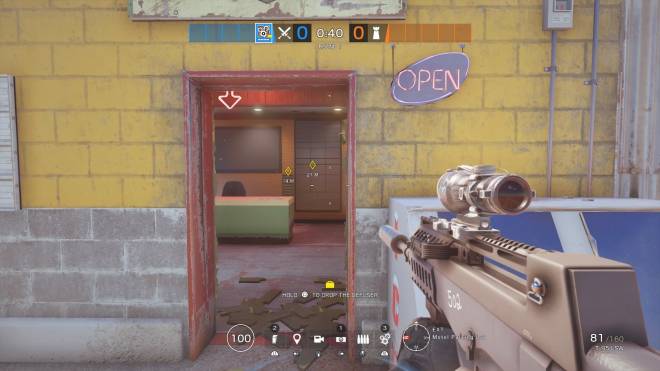 ▲ Entering the building through this door will get you close to the bomb sites, however expect there to be heavy resistance here. 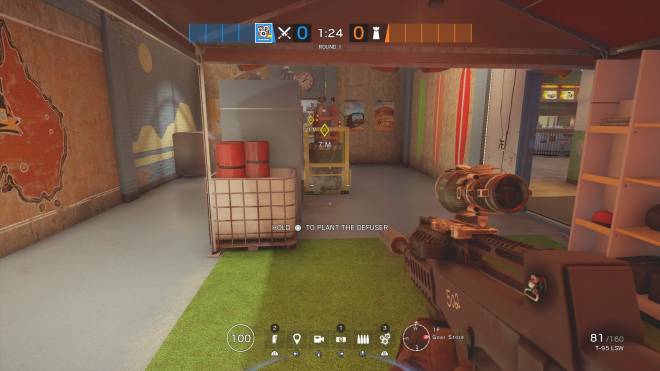 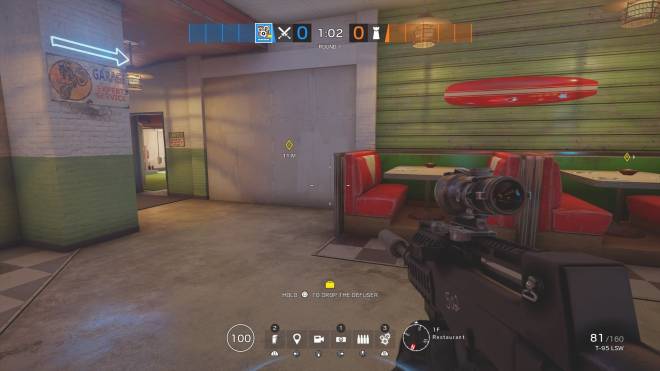 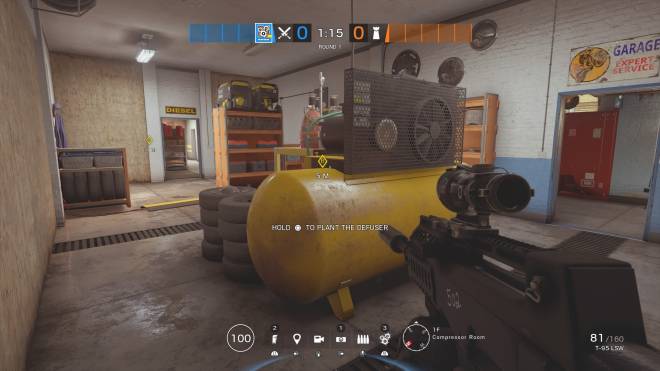 ▲ The Compressor Room is small meaning your Candella gadget will be especially useful when breaching this space.