So I got a message on moot about some one asking me for a FaceTime, so I said no and asked how would we even? He then goes on to ask me for my snapchat, I said no as I didn’t even know him. I checked his account and it had 0 followers and 0 following. His only comment was asking some girl to only chat with him. He then asked me if I was a girl and when I said yes he asked me to be his gf and wanted to play fortnite with him 😭. I said no again and after he said “oh okay” he deleted his account which probably means that he has multiple accounts asking girl for shit and when they say no he deletes them out of embarrassment. 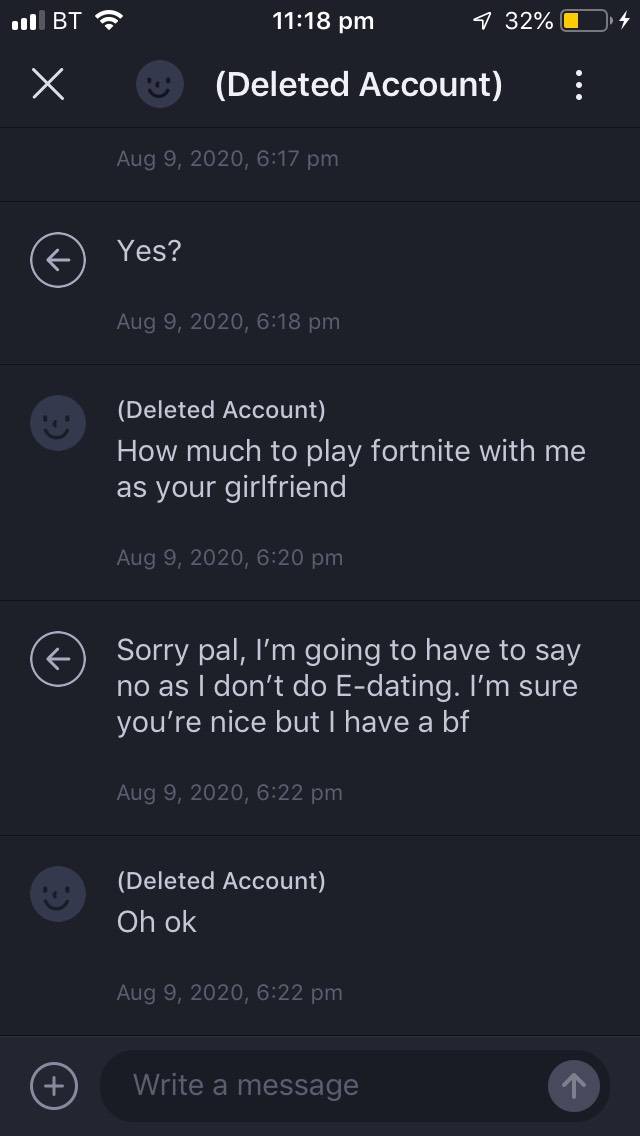