Hey there, Operators!   Starting this week, we’ve been given an amazing new event that takes a few of the topics of my sci-fi-focused Rainbow Six Siege ideas and dials them up to eleven. Have you ever wanted to decompose yourself into your drone and zip through bullets as you scout ahead? Or maybe you want to simply digitize yourself and appear from a wall-panel right behind your target, ready to take them out? With Siege’s new MUTE Protocol lets you do just that! Set in a super-cyberpunk-like setting, the MUTE Protocol also provides an incredible assortment of cool new skins and ornaments following the theme. As a big sci-fi person myself, they really nailed the retro style with these items too, giving it just a little flair with the cyberpunk edge to it. 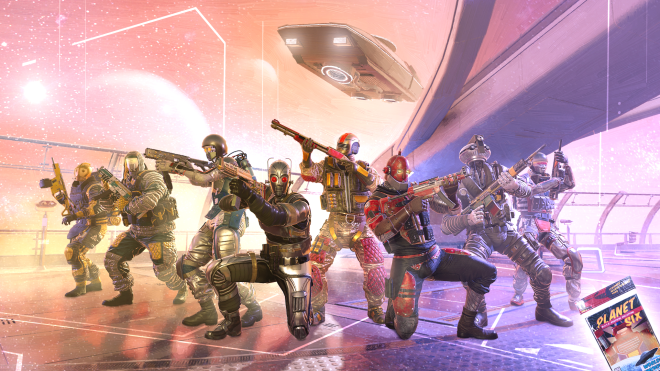 While the usual objective of Siege doesn’t change too much, with one team arming a MUTE detonation device and another team trying their best to reach and disarm it, the methods in which the two sides play their roles are drastically different. Embracing the sci-fi style of the event, both sides have a new gadget/ability that lets them get the drop on their foe.   For the attacking side first, instead of wielding it like a usual gadget, the cyber-Operators are able to deconstruct themselves and morph into your drone itself. While this doesn’t provide any specific bonuses to defense, you are a significantly smaller target and far faster than a usual Operator would be. That said, the drones still aren’t equipped with any guns (Really gotta get on that there, Siege…) so you’ll still be extremely vulnerable against a Defender who is a good shot. As showcased in the event trailer, your entire squad is capable of doing this ability at once and to avoid detection, sometimes I would recommend doing so. The maps are bright and very urban, giving your tiny drone self plenty of places to tuck into if you’re in a situation you can’t shoot your way out of. 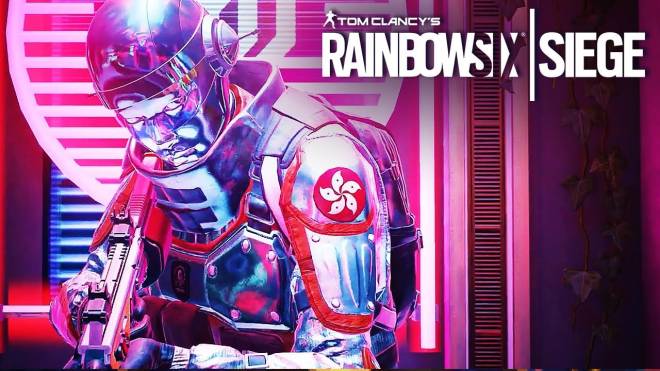 That said, the Defenders themselves aren’t left out of this cyberpunk arms face. Instead of using a small drone form, the Defending team goes a step further and fully transforms themselves into the world of cyberspace, allowing themselves to reappear from any wall panel across the map as if they’d just stepped through an open door. This travel, while a bit restricted to the location of the wall panel, is nearly instant and is entirely safe from the attacker’s, well… attacks. You can’t shoot into cyberspace, after all. My recommendations for this ability specifically is to be aware of movement before you pop into a location. The last thing you want is to step out of the cyberspace and get immediately gunned down by an Attacker who was there and waiting. Obviously, all of the Attackers can’t sit and wait if they wish to follow the objective, so you’ll be sure to find a free spot to pop out from eventually.   While most of the game’s Operators are available to play freely, there is a small selection that is, for reasons unstated by any official source, unavailable to play. This includes Twitch, Thatcher, Mozzie, Mute, Maestro, Valkyrie, Dokkaebi, Echo, Goyo, Clash, Montagne, Blitz, and Caveir. A bit ironic the Operator that the event shares a name with is unavailable, but gameplay reasons surely must’ve come into play to warrant this lockouts. While some are unavailable to play directly, a few of these specific operators do have customizations from the event, including Jackal, Lion, Ying, Kapkan, Mira, Mute, Oryx, and Vigil. 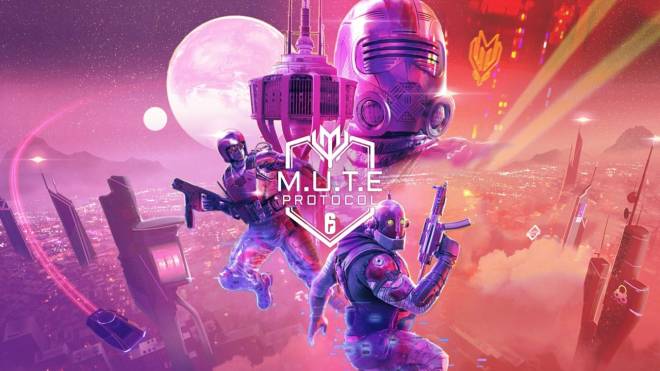 So, what’re you waiting for, cyber-punks? Go out and digitize yourselves! I’ll be looking forward to some cool gameplay clips and screenshots in the coming weeks!