Greetings, Siegers! We're happy to announce the third straight weekly event just for our R6 community to reward you all for being such an awesome Lounge! 🏆 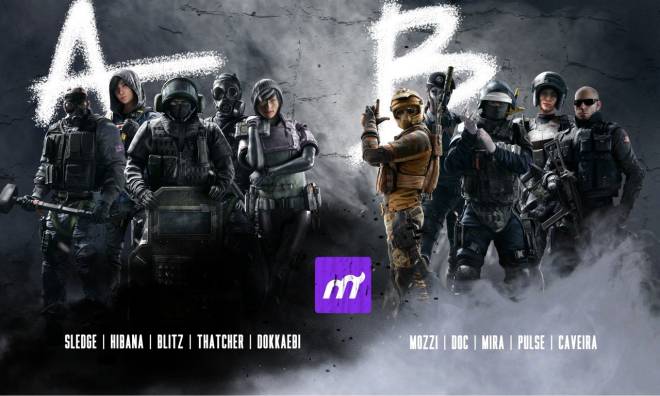 You MUST be level 5 or higher to win this week's event! Next week the level requirement to win will increase to level 7. Be sure to utilize Quests to level up so you can enter these events and win!   This event is similar to the first two weeks, except our teams have grown! Instead of comparing two teams of two, we're now looking at teams of 5.   HOW TO ENTER: 1) Vote in the poll for Team A or Team B 2) Share your reasoning in the comments section!   DURATION: Today through Monday, August 10th. Winners will be announced on Tuesday, August 11th!   PRIZES: All users who vote in the poll will win 100 Moot Coins! FIVE lucky users who vote in the poll + share their reasoning in the comments will be randomly chosen to win a $20 US Amazon Gift Card!   ------------------   Vote on the poll here:

Who Would Win in This Battle?