Hey there, Operators!   We’re coming in from a week of buffs and I wanted to get you guys a simple, quick breakdown of the details and how they might affect your specific operator choices. Not to waste any time, we’re going to kick off with Gridlock! Starting off, her caltrop deployment time period has been reduced from 13 seconds, to a slick 9 seconds, giving you far more freedom to toss your gadget and relocate before someone can take a pot-shot at you while you’re trying to work. Trust me, I speak from experience. The individual deployment of the caltrops has also been reduced to 0.45 seconds, down from 0.7. This may sound like a very minimal change and it is, but that smoothness of the individual usages allows Gridlock to not feel smooth and suddenly clunky with her kit over-all and helps the flow from one caltrop to the next. A more minor change is lowering her random deployment variation, from 0.1 to a a slightly more forgiving 0.05 and added a 0.45 second delay before the official deployment sequence begins. As much fun as it is to throw out Gridlock’s Legos of Doom, it can still be a risk if you wish to run out and do it in the middle of combat, so that very faint delay can maybe save your life if you suddenly wish to reconsider last second. Charging on ahead, we’ve got Oryx, whose simple changes really help him rush ahead of his previous performance without getting a concussion and a trip to see Doc in the process. His first buff is a major game-changer, allowing Oryx to smash through a soft-category wall without expending every charge of his dash in the process. If timed correctly, this allows Oryx to go through a wall and almost immediately send all that power and bodily force into an enemy operator, stunning them for either Oryx to finish off or a teammate.

On that note, while he does have his charges more readily available, being forced to expend them will now take an extra four seconds for them to recover a charge. This isn’t a huge difference, but it’s certainly one to take note of if you’re used to Oryx’s cooldowns being a bit shorter. Hopefully having charges more readily available will help with this tweak. To further help with being able to dash and combo a weapon attack right after, the recovery time has been standardized to 0.5 seconds, down from the solid 1 second of hitting a wall and 0.7 second of hitting an enemy operator.   I think this is the biggest change when it comes to Oryx’s buff, allowing you to do a deadly one-two punch of SLAM and SHOOT with only a very minor delay in between. Anyone caught in the range of this charging Operator is going to get the horns if they aren’t careful! 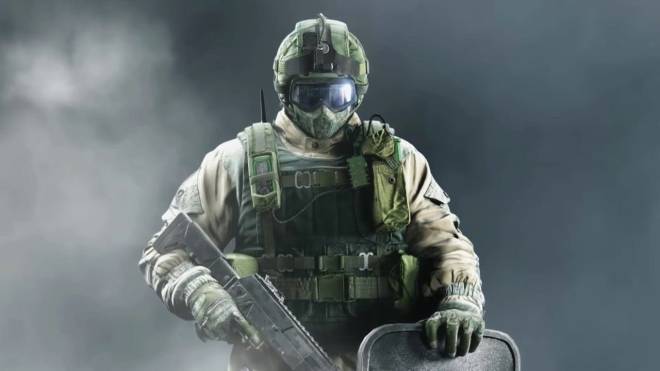 Lastly, a tiny change to Fuze that gives his gadget one more charge of his cluster explosives. Hey, more of a thing is never bad, so watch yourselves out there, Operators! Over-all, I’m extremely happy with these changes, especially to Oryx. A man who spends a large chunk of his time slamming through walls should have the endurance to immediately recover and not stand there like a goat in headlights. These changes really help with that, as well as the tweak’s to Gridlock’s caltrops allowing for smarter, more smooth deployment. What do you guys think? Solid buff or still need some work?   Let me know in the comments!