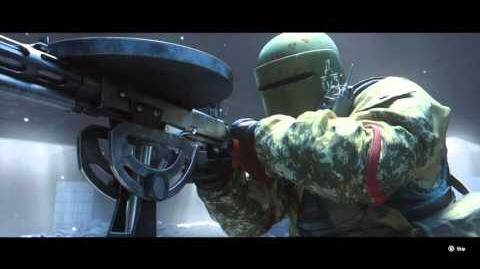 1. Lord Tachanka : Using Tachanka in Outbreak is vital and important in my opinion. Why? Well, that’s easy, you’re dealing with infected enemies at close range. This operator has a little trouble running but has great armor stats which will help you throughout the mission. You have a powerful weapon to start with which is the SASG-12 shotgun. You want his primary gun when going loud (no suppressor), but make sure that his secondary weapon is suppressed when roaming around the infected so you can headshot and not alert them. Tachanka’s gadgets also include the claymore and his LMG (which can be mounted). The LMG can be used at crowd controlling moments when having to protect the escort against infected groups that rush and try to ambush you. Make sure when you place the LMG there are not too many destructible walls around you, so that way you’re not worried about the walls behind you. Make sure you pick up your gadget when you are done using it! 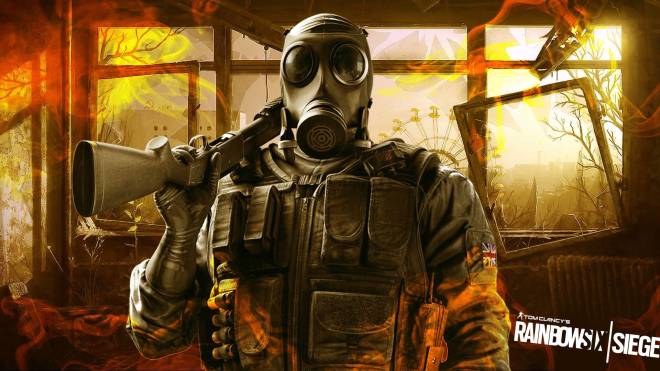 2. Smoke : This operator in Outbreak is another good choice. Having a medium speed/ armored operator will help you against taking damage from the exploding infected as well as the normal grunts. His load-out that we used was an unsuppressed FMG-9 (submachine gun) and a suppressed P226 MK 25 (handgun). Now, the greatest thing of all with using smoke is: say you’re in a situation where you have enemies running at you in a closed hallway and you need to reload your weapon. To buy yourself more time, throw a smoke gadget at the infected running at you. This smoke, when activated, will blind the enemies for a short time which gives you the breathing room to reload and mow them down with the sub machine gun. Make sure you place this gadget in a low area just in case you toss one and don’t end up using it. 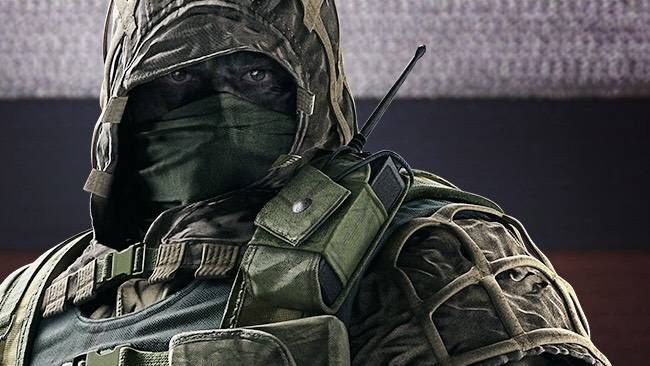 3. Kapkan : Another great choice for dealing with this Outbreak. Also being a medium armored/speed operator will help you against what is coming. His load-out that we used was the 9X19VSN sub machine gun, unsuppressed, and PMM handgun, suppressed. His gadget being the most helpful in the following type of situation: Sometimes your whole team is guarding a door where most of the infected are coming from but you guys forget that there is a door in the back of the room close to where you placed the escort. Well that’s when Kapkan’s gadget comes into play. These traps, or EDD MK II (what Indiana Jones’ companion likes to call “booby traps”🤣), you want to place in locations where you guys can’t get to or watch at the same time. Make sure you also pick up the ones you don’t use! *remember, you can always knock infected enemies away when they are getting too close to you. ESPECIALLY THE EXPLODING ONES! Well guys, I hope this helps you survive the outbreak and helps your rescue the doctor! #rainbowsixseige #outbreak #gaming #xboxone #year3rainbow #kapkan #smoke #tachanka